With the campaign just starting the Canadian population have become vocal about three major issue Climate Change, Energy and Immigration.

In a good sign all major parties have accept that climate change is a major issue facing Canada and have all offered their own solution to the issue.

Immigration is a major issue with a lot of Canadian upset with Canada policy of using immigrantion (much like America) to push for GDP growth, they are worried this formula will fail.

Conservatives are currently projected to win a minotry government with liberal losing support from their base in the east coast and Ontario.

CJ if your assumption is correct how do you expect the dynamic to change in the relationship between Canada and the USA?

little to nothing will change, Scheer is a moderate-right leader he isn’t one to make waves. The U.S/CAN relationship has improved since the NAFTA negotiation have ended.

Rob Ford (Crack-head mayor) wife is now running for Federal office! get ready for the crazy ford politics to start up again in Toronto. Renata last made the new when she was arrested for drunk driving.

Renata Ford, the wife of late former Toronto mayor Rob Ford and sister-in-law of Ontario premier Doug Ford, is running as a candidate for Maxime Bernier’s People’s Party of Canada in the October federal election, CBC News has confirmed.

Ford officially announced she is the PPC candidate for Etobicoke North on Friday at a party event in downtown Toronto.

“After a period of trials and tribulations, I’m healthier, and I’m more ready than ever,” she told a crowd gathered at the Royal Canadian Military Institute. “The time is right for me now to run to be a member of Parliament.” 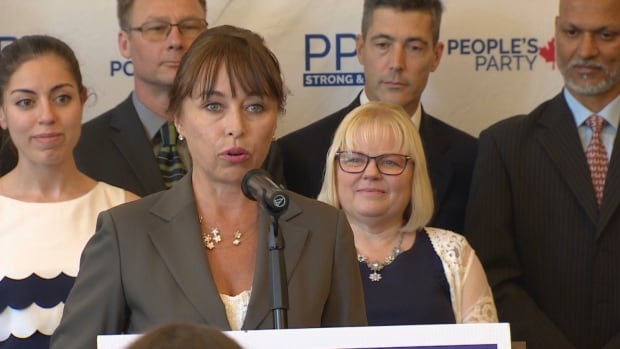 Renata Ford will be a candidate for Maxime Bernier's People's Party of Canada...

Renata Ford, the wife of late former Toronto mayor Rob Ford and sister-in-law of Ontario premier Doug Ford, is running as a candidate for Maxime Bernier's People's Party of Canada in the October federal election, CBC News has...

The real question on a lot of Conserative party memeber mind is will the new PPC split the vote and hand the liberal a victory? unlikely they are polling at less then 5% and are unlikely to win more then few seats.

If the Liberals are successful in trying Scheer to Ford Ontario will not be in play for the cons. Ford has had to redo his cabinet unless than a year his chief of staff just had to resign and he got booed loudly at the Raptors celebration and Trudeau was applauded.

Do you have first past the post or preferential voting to elect your members?