According to Fox News, “Hundreds of people – including students from California Lutheran University, private Christian school Pepperdine University and California State University Channel Islands – were inside Borderline Bar & Grill in Thousand Oaks, Calif., for the country music event when shots suddenly rang out at about 11:20 p.m., Ventura County police said. Police said at least 30 shots were fired and the gunman, armed with a .45-caliber handgun, used a smoke device to disorient and confuse his targets.”

“It is a horrific scene in there. There is blood everywhere,” said Sheriff Geoff Dean.

One of the victims was Sheriff Sgt. Ron Helus, a 29-year-veteran on the force.

“Ron was a hardworking dedicated sheriff sergeant," said Dean. “He was totally committed. He gave his all. And tonight, as I told his wife, he died a hero because he went in to save lives. To save other people.”

I will be honest, waking up to this news did not even surprise or shock me in the slightest, which is what saddens me the most.

Prayers to the friends and families.

my home town. I used to live up the street from that bar.

This has the markings of an incel rebellion shooting 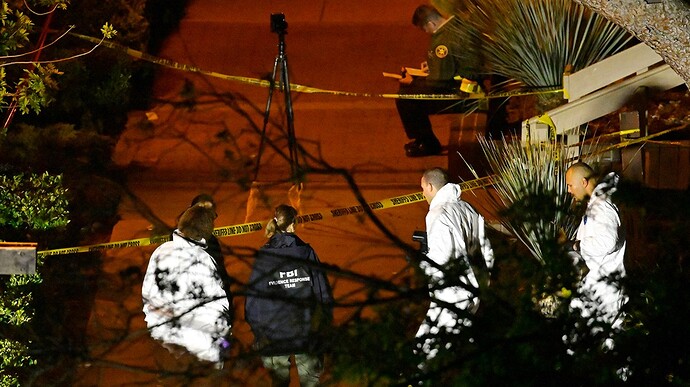 Who is Ian Long, the California bar shooting suspect?

Authorities identified the suspected gunman as 28-year-old Ian David Long. He served in the Marines from 2008-2013.

Welp not an illegal immigrant or Muslim, just another white male, so we won’t do anything about it