Breaking: Explosive allegations about Pence, Rosenstein, the Mueller investigation, and the murder of Seth Rich

Explosive new allegations about Vice President Pence, Rosenstein, the Mueller investigation, and the murder of Seth Rich are coming based on public documents and new whistleblower reports.

According to the report Seth Rich was killed by two MS-13 members who were hired to take a thumb drive from him, and Rich was shot when he resisted. The two MS-13 members later died in an apparent attempt to hide those who hired them.

Here are some excerpts:

Rosenstein was actively selling classified intelligence to foreign governments on the side, including Russia – a treasonous act, in and of itself, but doubly damning for someone who was supposed to uphold the law at the Department of Justice.

This information indicated that Rod Rosenstein solicited the help of two trusted agents (Rosati & Boroshok) with whom he had worked closely with in the past to organize the operation to retrieve a thumb drive with classified emails always carried by Mr. Rich. The emails had been removed from the DNC server by Mr. Rich and later sold to Wikileaks. --House Intelligence Committee Document

Here is the conclusion:

According to recorded testimony from our whistleblower, Rosenstein, together with Pence’s knowledge and consent, went on to help engineer the entire coup attempt against President Trump – in an attempt to oust Trump, and promote Pence to the Presidency, at which point, Pence would turn around and appoint Rod Rosenstein as VP . . .
I hereby call for the immediate arrest of Michael Richard Pence, 48th Vice President of the United States, for Treason. 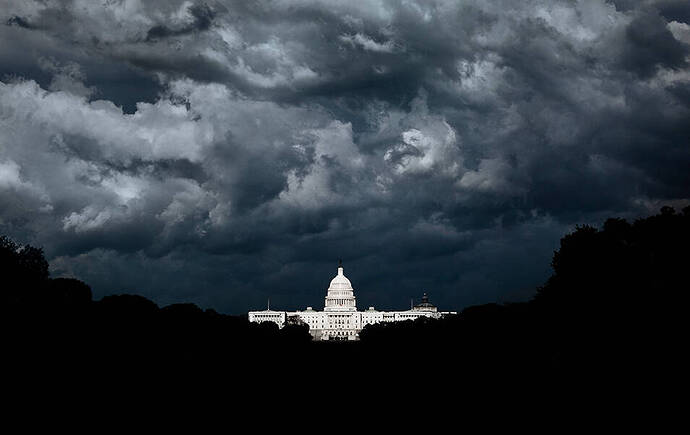 This is the kind of series I’d hope I’d never have to write. And yet, here we are. After three years of doing my best to serve the groundswell that is the Patriot movement in the United…

Part two of three. Read the first part here. …If, according to our whistleblower, Joseph Rosati was the one responsible for orchestrating the attack on Seth Rich, and potentially “clean…

Part three of three. Read parts one and two. Cowards in Congress, and across the GOP? Is anyone surprised by this? Sadly, I don’t think so. In a strange way, we’ve almost all come to ex…

back to the fateful night of July 10th, 2016, when the then 27-year-old Seth Rich was found with two gunshot

That’s some stellar writing right there. Is he 31 today?

What an extraordinary coincidence.

Neon Revolt is one of the original big QAnon influencers and Ron is Ron Watkins, the son of the owner of 8chan/kun.

Someone is all aboard the Q train.

This post is brought to you by the letter Q.

This post is brought to you by the letter Q.

At least we know who’s all-in.