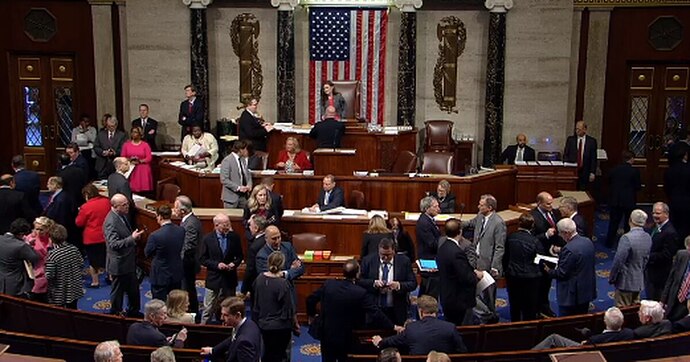 In the midst of the ongoing partisan battle over action in Congress on a new package of relief aid for Americans hit hard by hurricanes, floods, wildfires, tornadoes and other disasters, there is strong bipartisan agreement on one thing - that the...

“There’s no time to waste,” said Sen. Rick Scott (R-FL), as he joined nine Republican Senators in Florida, Georgia, Texas, and the Carolinas in sending a letter Friday night asking for the Administration to release already money approved by Congress in 2017 and 2018.

Texas is in line to get $4.3 billion in funding from the Department of Housing and Urban Development. Puerto Rico is set to receive $8.2 billion. North Carolina is waiting for $1.1 billion. Florida would get $550 million in disaster mitigation money.

Lawmakers were recently assured by HUD Secretary Ben Carson that the money would be released on May 1.

But it didn’t happen - as lawmakers pointed the finger at the White House, and the Office of Management and Budget for the delay."

To be fair, why would some spoiled rich dude whose dad constantly bailed him out care about Americans in need.

Surely they’re not holding things up because it includes PR, right?

Trump administration is slow walking disaster aid money already approved, either by haplessness or on purpose.

None of it affects me, so if Texas, Florida and other affected states want to keep voting for him, I hope he wins again.

I know. He literally flies into hurricane disaster area to hold a party for himself, while people are still struggling. It’s modern conservatism.

Whatever happened to pulling yourself up by your bootstraps? Why is it other people’s job to pay for disaster relief when those people chose to live in areas where disasters happen? It seems to me that if people choose to live in areas where floods/hurricanes/rising sea levels/freak accidents happen then that’s their problem. Tax dollars shouldn’t be spent to make up for people’s poor choices in life.

These folks obviously don’t realize we’re in a national emergency. We need to build a wall so invaders can climb over the wall instead of just walking. That will at least slow down the flow of invaders by 3 - 5 minutes.

This is how you MAGA!

Those RINOs are trying to get their citizens hooked on government cheese. That can’t happen!

Those people need to help themselves! Like the banks did in 2008.

This is how you MAGA!

I bet republican politicians are sick of Trump but aren’t strong enough to stand up to him much because the Fox crowd loves the crook.

This is what you get when you elect a businessman. Someone who holds on to every nickel for dear life.

Perhaps Trump might need a copy of Aussie Paul Brickhill’s book The Great Escape. Tunnels are mentioned in the book if I recall correctly.

I’m gonna laugh my ass off if he tries to redirect that money to his wall!