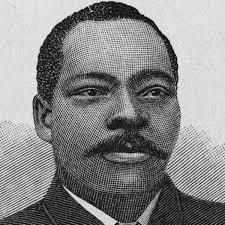 Granville T. Woods was born in Columbus, Ohio on April 23, 1856, and attended school until age 10. After that, he attended night classes so he could apprentice in a machine and blacksmith shop during the day.

He worked many odd jobs, but in his spare time, he studied electronics. Although his odd jobs didn’t get him far, his talents did not go unnoticed, and he eventually invented fifteen appliances for electric railways, including an improved steam boiler furnace.

Granville and his brother organized the Woods Electrical Company of Cincinnati, and sold many of his inventions to the country’s giants, such as American Bell Telephone Company, General Electric, and Westinghouse Air Brake Company.
At age 31, Granville invented the Synchronous Multiplex Railway Telegraph, which used the principal of electromagnetic induction to telegraph messages to and from moving trains.

Before Granville’s invention, dispatchers had no way to pinpoint the location of any moving train, and accidents were frequent and deadly. But Granville’s brilliant invention helped avert accidents by keeping each train informed of the other’s whereabouts. Subsequently, train travel became safer and many lives were saved.

Granville’s invention was so well-received, Thomas Edison sued him for the patent rights, claiming he was the inventor of the Synchronous Multiplex Railway Telegraph. But the United States Patent Office saw through this claim and denied him, twice declaring Granville Woods the original inventor. After this defeat, Edison begged Granville to come to work for him, but since he was a man who loved his independence, Granville turned Edison down.

Some of Granville’s other inventions include the “Telegraphony,” a device that allowed a telegraph station to send voice and telegraph messages over a single wire; the Electric Railway System, which allowed street cars to be propelled by electricity (a feat practically unheard of at that time); an electric incubator (predecessor of today’s large incubators); and an amusement apparatus (predecessor of today’s roller-coaster). In total, Granville T. Woods patented over 60 electrical and mechanical inventions. He died on January 30, 1910 at the age of 54.

Side note: The first thing that stood out was the fact that Thomas Edison tried to sue Mr. Woods and pretty much wanting to steal the credit for this game changing invention. Then have the nerve to want Mr. Woods come work for him. This was par for the course in this country, in trying to minimize, devalue, steal and sometimes destroy the many, many accomplishments of black people. I wonder how many more inventions were stolen due to the fact that many were not allowed to apply for a patent.

Side Note 2: Though I have known who Granville Woods since I was kid, the one thing I did not know was his contribution in the eventual creation of the rollercoaster. My family are rollercoaster enthusiasts so every year we go to 1, sometimes 2 new amusement parks along with our close by favorites (6flags: America, Kings Dominion, Busch Gardens, Hershey Park, Dorney Park and 6flags: Great Adventure). In 2020 we were supposed to go to 6flags: Magic Mountain (I’ve been there twice, but the kids haven’t been). Hopefully this year we will get out to Valencia, along with Dollywood and King’s Island. Anyway, thank you Mr. Granville for your contribution to the coaster industry.

This is the inventor Sleepy Joe tried to give credit to for inventing the lightbulb during the 2020 campaign. 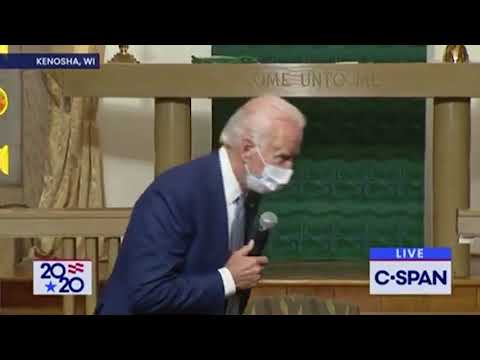 That doesn’t diminish his notable accomplishments. Did a Black Man Invent the Lightbulb, As Joe Biden Claimed?

Democratic presidential candidate Joe Biden tried to make a point about Black history in the wake of police shootings.

God bless Mr. Woods for his top-notch work ethic, and dedication to his studies. We need more people like him.

In total, Granville T. Woods patented over 60 electrical and mechanical inventions. He died on January 30, 1910 at the age of 54.

How can one man, accomplish so much…and then do it, in so little time? It’s beyond incredible.

trying to minimize, devalue, steal and sometimes destroy the many, many accomplishments of black people

…happened to whites too. Why not let the man’s accomplishments stand without exploiting him to stir up racial hatred?

For example, Armstrong, the inventor of FM radio, was driven literally mad by patent litigation with RCA. And De Forest, inventor of the triode vacuum tube, also faced challenges to his patents throughout his life.

No… your attempt to use Mr Woods to create animosity fails big time. The fact is Mr Woods had a very American experience that inventors of all races faced. He is in good company with other inventors… not a victim of racial injustice.

In this case, it was likely because Thomas Edison was just a colossal ■■■■■, wracked with jealousy over other inventors, not to mention he wasn’t the most successful at commercialization, and not because Woods was black.

Unless you have evidence that Edison thought he’d win because Woods was black and that’s why he went after him.

I stand willing to be corrected. I do know other inventors often tried to claim Woods’ inventions as their own, but that happened a lot in those days (and still does today).