What is the general premise?

That IQ is (1) an objective measure of intelligence: (2) static; and (3) determinative.

What is the general premise?

That IQ is (1) an objective measure of intelligence: (2) static; and (3) determinative.

Ok, I’ll report back as soon as I read it.

Oh no! Only the best?

Despite that, Mayor Walsh hired Henriquez to an $89,000-a-year special assistant job that involved antiviolence work in October 2018, with his office telling the Boston Globe at the time that the Mayor “firmly believes in second chances.”

I sure would like to see a poll on how many Americans want to share the country with wolves.

So far, I like the choices. He is not picking politicians who endorsed him or who helped him during the election, he is picking career civil servants who are excellent at their jobs and have extensive experience in the fields he is placing them in. They know what they are doing.

It would have been nice to see Buttigieg get a nice position, and he still might get an ambassador job or something, but for vital roles in the Executive Branch Biden isn’t doling out favors, he is assembling a team that works well together and who knows what they are doing. He isn’t giving plum roles to Senators either, he is keeping them in place.

The only role I see that seems PR to me is appointing Kerry for climate change, granted he has a lot of experience here and will do the job well, but I imagine there are climate scientists who could do the job better.

Icelandic reporter Jóhann Bjarni Kolbeinsson confronted Kerry at the event over his choice of transportation, asking: “I understand that you came here with a private jet. Is that an environmental way to travel?”

Kerry responded by claiming that it was the only way. “If you offset your carbon – it’s the only choice for somebody like me who is traveling the world to win this battle,” Kerry said.

What does that mean? He can be as hypocritical as he wants and demand others not do what He does all because he’s fighting the good fight? He’s too good to travel with common people?

Wonder how much we’ll be paying for his private jet because commercial travel is just too icky for people like him.

Of course, it’s always that way and going to continue to be that way.

Certain people will get to continue their lifestyle while mandating others change and follow the rules put in place. Dare to call it out you are a conspiracy theorist, or better yet a racist, white supremacist.

Jbiden needs to kick this one to the curb. 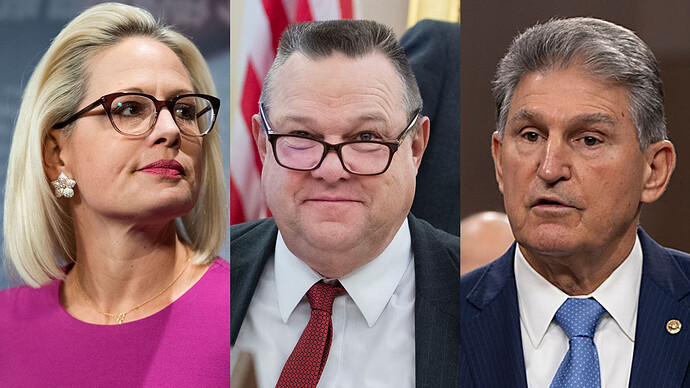 Some of the key moderate Democratic senators needed to confirm President Biden's pick to run the Bureau of Alcohol, Tobacco and Firearms, David Chipman, are still undecided about whether they will vote for the controversial nominee who has a history...

He needs to kick the ATF to the curb.

Amazing, from your article.

“While at ATF I conducted studies involving people who failed background checks to determine how many later committed crimes with a gun – many did,” Chipman said on the Reddit forum. “This is a perfect opportunity to arrest people before committing crimes rather than responding after the fact.”

Some of the key moderate Democratic senators needed to confirm President Biden's pick to run the Bureau of Alcohol, Tobacco and Firearms, David Chipman, are still undecided about whether they will vote for the controversial nominee who has a history... 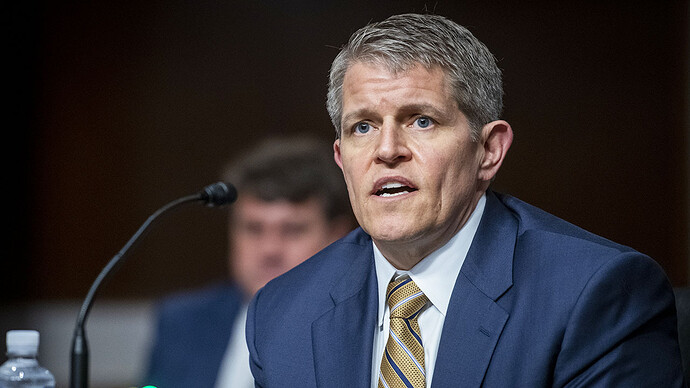 Some House Republicans are pushing a resolution to impeach David Chipman, President Biden's nominee to run the Bureau of Alcohol, Tobacco and Firearms (ATF) – even before he's been confirmed by the Senate.

Why is Jbiden sticking with this garbage bureaucrat?

As the said in article…it’s political message they’re sending.