Aoc plays a game about corruption in congress 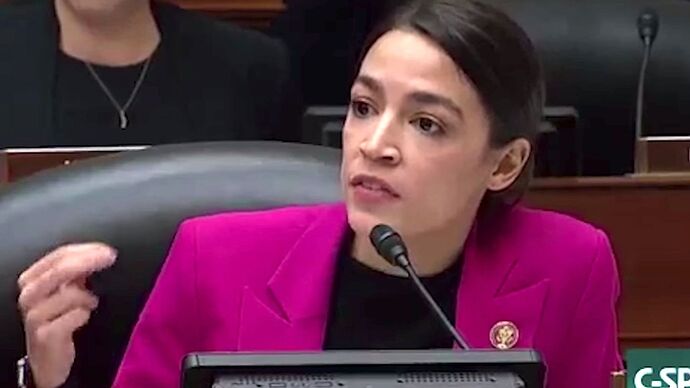 Alexandria Ocasio-Cortez Exposes The Dark Side Of Politics In 5 Incredible...

The freshman lawmaker reveals how easy it is for pols to get rich at your expense.

And the swamp/corruption is bad and needs to be cleaned up.

You mean she just now figuring this out?

Edit to add…once again she’s making news. Libs can’t get enough of her.

How does it feel that she is doing what trump isnt?

What has Trump done again?

You don’t think for one moment she isn’t being used?

If so I have bridge to sell.

I wonder how long AOC will be broke?

She didn’t reveal anything new.

This eloquent, savvy young woman really scares a lot of Republicans, doesn’t she?

Anyone that’s been following politics even for couple years should have learn the game.

She just now figuring it out?

Tells me more about her naivety then anything else.

And how easy it will be manipulated as well.

This eloquent, savvy young woman really scares a lot of Republicans, doesn’t she?

She has no power. Can’t get a bill to committee. Nobody’s following her. Freshman.

She represents a new generation that is beyond tired of their ****.

She’s the left wing Sarah Palin. Dumber than a box of rocks but the other side is obsessed with her - just like it was with Palin.

Interesting that Republican response in this thread is that she is an idiot, is dumb.

She’s winning. She is the de facto leader of the democratic party. 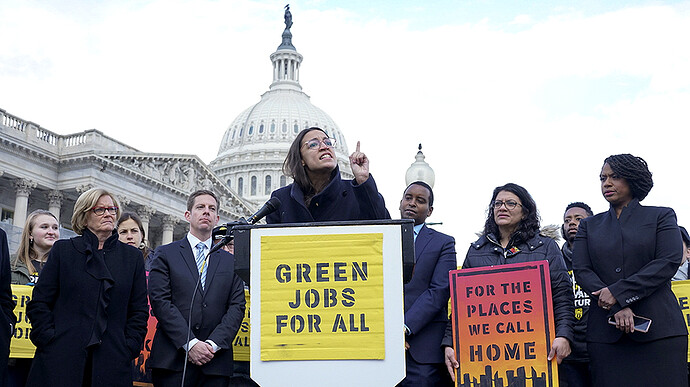 The survey conducted by the Yale Program on Climate Communication and the George Mason University Center for Climate Change Communication found that 92 percent of Democrats and 64 percent of Republicans back the Green New Deal plan.

You think ttump is draining the swamp? Its rhetorical i know you thini he is.

What exactly makes her dumb? She graduated from Boston College with honors. In relatively little time she has managed to make quite an impact on the party’s public policy positions. If she resigns halfway through her term the comparison to Sarah Palin might make a little more sense.

Has she made some erroneous statements in public? Sure. Pretty much anyone flubs up now and again, especially when you are in front of cameras on such a regular basis.

She’s the left wing Sarah Palin. Dumber than a box of rocks but the other side is obsessed with her - just like it was with Palin.

Methinks AOC could competently answer a question about what publications she reads. Analogy fail.