Another Shooting in a School in Florida

The Marion County Sheriff’s Office said the incident occurred at Forest High School in Ocala. Authorities said the suspected shooter, identified as 19-year-old Sky Bouche, was not a current student at the school. The suspect went inside the school and allegedly shot a 17-year-old male student in what was believed to be an intentional act.

Should we ban something?

And yet here you are…

Should we ban something?

And yet here you are…

Does he sound disappointed?

Does he sound disappointed

Sounds giddy to me.

You would prefer a more European culture?

You would prefer a more European culture?

Not me for sure. No bill of rights and too much PC instead.

Yep we should ban cops that won’t immediately intervene. In this case the SRO did and as a result we’re not looking at double digit casualties. 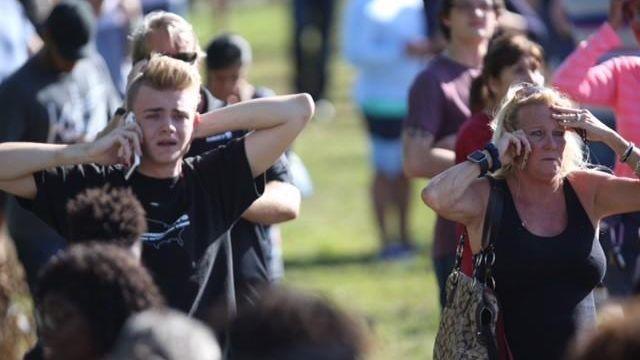 The Broward school district has refused to release public records and put out false information in the Stoneman Douglas shooting.

The worst came last week, when Runcie acknowledged that his forceful denials that Cruz had been involved in the Promise program, which is intended to provide an alternative to the arrest of students for minor offenses, were wrong. The district had repeatedly dismissed as “fake news” suggestions that Cruz was in the program.

The truth is coming out.

I wish I could say I’m surprised but we knew early on this smelled to high heaven.

They are in full on CYA mode now because they know the lawsuits are coming.

From your cited article.>

Facing significant legal and political exposure over the shooting at Marjory Stoneman Douglas High School, the district has tried to keep information from the public and put out untrue and misleading statements, frustrating parents who say this is the time for maximum transparency.

The district is fighting in court against the release of school surveillance video. It flatly refused to issue any records regarding the shooting to the news media, in a possible violation of the state’s open-records law. Superintendent Robert Runcie has blocked critics, including parents, from his Twitter account. More than two months after the shooting, a Broward Sheriff’s detective told a state commission on school safety that he was still waiting for the district to provide all of Cruz’s disciplinary records

But what the hell, the fact don’t matter, let’s blame the NRA!

I read that. I hope they all get exposed for the liars they are.

Nobody cares. Ban the guns.

I also read where the sheriffs deputies had a no confidence vote regarding the sheriff that was then forwarded to the governor to have him removed?

It’s not. You cam go back to sleep.

So its all or nothing.