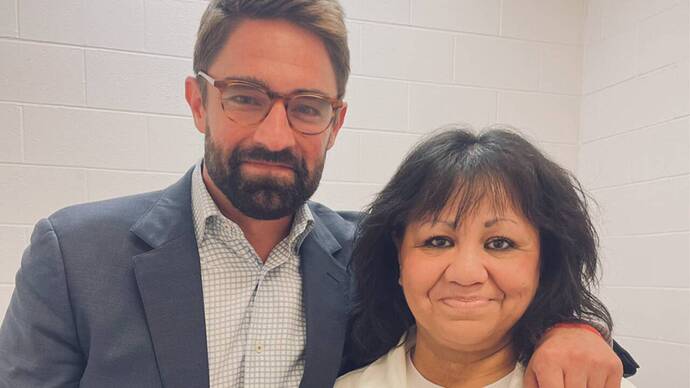 Rallies across the nation were held in support of stopping the planned execution of Texas death row inmate Melissa Lucio.

Hopefully this execution will be stopped.

While I do not oppose the death penalty on principle, this is a classic case where I oppose it in practice.

A confession obtained under coercion.

Forensic evidence exists which was never heard in court that the child’s injuries could have been caused by falling down the stairs.

Not only should the execution be permanently stopped, but her underlying conviction should be vacated and she should be retried.

Again, I have no problem with executing those in which their guilt is beyond doubt.

In this case, Lucio’s guilt is very much at doubt.

It is no surprise that there is wide bipartisan opposition to conducting this execution.

I am for capital punishment. But I don’t think she deserves it even though she likely killed the child.

the way i read this the defense had the forensic “evidence” and failed to produce it at trial. that kind of blows any chance to bring it up on appeal. i don’t know i buy into coersion, what criminal wasn’t coersed into a confession? the forensic evidence and confession should mitigate the death penalty in sentencing. so yeah, that should be stopped.

Abbott needs his pound of flesh. He’s the tough on crime Governor.

I eat every word if he does.

The title is ironic… (besides, I don’t think they use the chair anymore) It’s hard to say one way ir the other if she did ir did not cause Mariah’s injuries and death.

It doesn’t look good that the prosecutor has been sentenced to federal time in a bribery scheme that involved decisions in his favor.

If granted a new trial and convicted, LWP is the appropriate punishment.

he can’t unless the parole board recommends it

In this case, a stay should be issued.

I am still for penal colonies get rid of the death penalty put the worst of the worst on and island with some huts, fishing rods, and fruit trees.

This particular case wouldn’t qualify for the penal quality think Dylan Roof or the idiot who took the SUV and ran over and killed a bunch of people injuring sixty in an suv in Waukesha last year. Some people can’t function in society and don’t belong in it.

he can’t unless the parole board recommends it

Comn you are not that naive. He can just tell the parole board to recommend it.

ahhh. supporting tyranical dictatorial powers for the executive… how leftist of you.

no, thats not how it works in texas

the way i read this the defense had the forensic “evidence” and failed to produce it at trial. that kind of blows any chance to bring it up on appeal.

Which is ridiculous…If there’s evidence thats found after the trial or that wasnt introduced during, that absolutely proves someone innocent, why shouldn’t it be allowed to be used on appeal? It’s like …Oh sorry, yea this proves your innocent but you didn’t get it in on time or in the right way…off to jail or death chamber you go. Thems the rules…

ahhh. supporting tyranical dictatorial powers for the executive… how leftist of you.

no, thats not how it works in texas

Lol. Abbott is king in Texas. If he tells the parole board to jump. It will be how high.

Lol. Abbott is king in Texas. If he tells the parole board to jump. It will be how high. 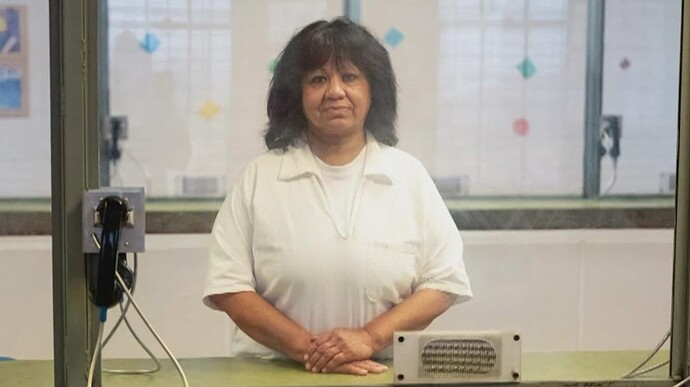 Time running out for Melissa Lucio; state board to make recommendation today

On Monday, the Texas Board of Pardons and Paroles is expected to make its recommendation to Gov. Greg Abbott.

And here is what about has said.

“With regard to the death penalty that could arise next week … I still have not received a report from the Texas Board of Pardons and Paroles. That’s a requirement for the governor to receive before any action is taken. And when I receive that, I’ll consider it and take whatever action I think is appropriate,” Abbott said recently“

They issue their report today at 1pm

Her lawyers added that forensic evidence allegedly showing Mariah’s injuries were from her falling down stairs was never heard in court.

If…this is true, why is that? Jurors deserve to hear this in attempting to discern the truth, the whole truth and nothing but the truth. I don’t know why this wasn’t presented? Was it over looked by the defense or was it squelched by the prosecution or declared inadmissible by the judge? Either way, that alone is unfair and at the least…deserves a new trial?

But wouldn’t it cost less to sentence them to LWP and let the gen pop take care of them, which they tend to do when the offense involves a child?

IIRC average time for appeals is 10 years, and it’s illegal to execute mentally or physically ill inmates. Does it truly make sense to run a blood test for thyroid hormones on a death row inmate?

(I wish I could say I was making that up, but it was one of the entries with a contractor on a job I had in the 90s). The inmate has long since been executed.

I oppose the ultimate penalty

On the off chance someone could truly be innocent and

as a fiscal conservative.

Not to mention the County D A at her trial is currently serving federal time for a bribery scheme involving favorable prosecutions.

It’s interesting how many prosecutors end up serving time themselves. It may not be many, but some prosecuted well publicized defendants, like the duo who represented the Federal Government in Jeffery MacDonald’s trial and this one. 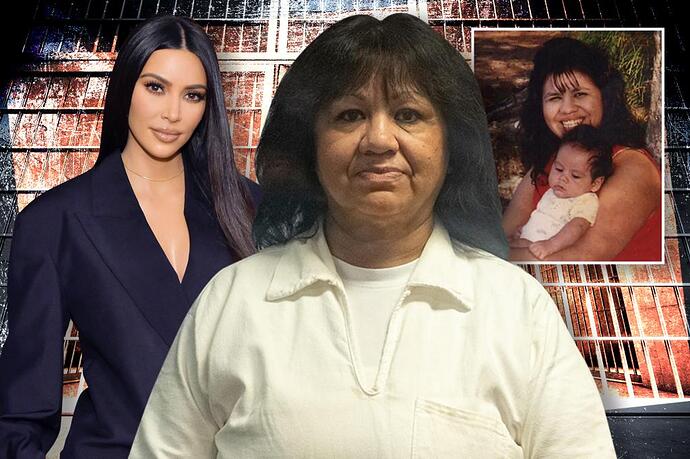 Should Melissa Lucio be saved from execution for killing her kid, as Kim K....

Melissa Lucio spends her days on death row in Gatesville, Texas, knitting blankets for her prison guards, trying to teach herself to crochet and praying for justice. Lucio, 53, who was convicted of…

It appears rules of disclosure didn’t apply here, and of all the complaints handled by Texas CPS, not one involved abuse.

The evidence doesn’t prove her innocent. And its not new evidence, the defense had it at the initial trial and decided not to use it. The idea that they can now bring it up on appeal is ludicrous. Every defendant everywhere in America would withhold some bit of evidence to demand a new trial any time anyone was ever found guilty.