Will She Be Thrown Under The Bus?

Bill Maher spoke with CNN’s Chris Cuomo just recently on CNN, talking about how Hillary Clinton did Obstruct Justice by smashing her hard drives, and deleting her emails.

Are Liberals finally going to throw Hillary Clinton under the Bus so to speak, because her and Bill have to much baggage? 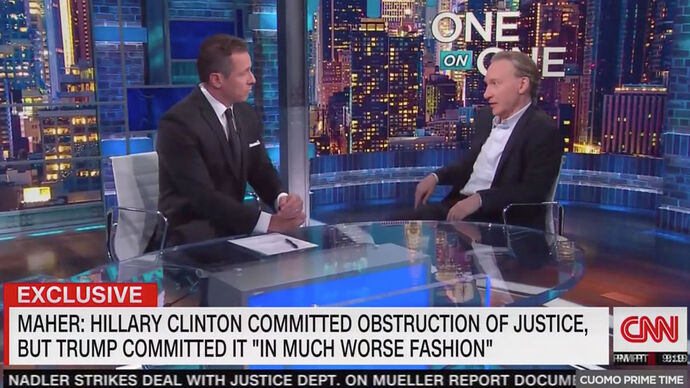 Bill Maher spoke with CNN's Chris Cuomo tonight about the 2020 Democratic field––which he (and basically everyone else) thinks is too large––and his concerns about whether the Democrats can beat President Donald Trump in 2020.

That’s the only grammar problem you noticed?

that has to piss off queenie

better not take any strolls in Fort Marcy Park Bill!

There are rumors that Clinton family literally bought the DNC 2016, during the campaign. If thats true, then its the reason why she cant step down and quit politics, the DNC is their property…

She did step down, she isn’t running for public office.

Since she Obstructed Justice, and betrayed her Country, a lot of people should “care” about what she did. No matter how long ago it was.

the only person who cant is her

Watch this thread get 1,000 replies well the one about Congress not paying medical expensive for 9/11 workers has 12.

She did step down, she isn’t running for public office.

She is permanently in the media, lamenting about 2016, blaming Trump, etc. That isnt ‘stepping down’

So in other words, Americans shouldn’t care that she Obstructed Justice?

No. But that one is a pet peeve of mine and I’m not a grammar nazi.

Trump control the DOJ.
wasn’t he going to lock her up for this 3 years ago.

No. But that one is a pet peeve of mine and I’m not a grammar nazi.

there are fine people on both sides of grammar nazism. ; ) 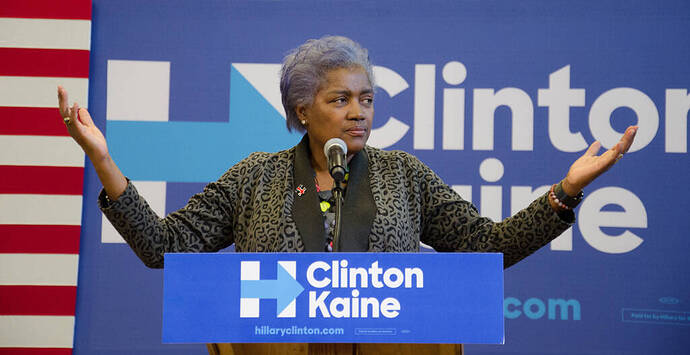 Donna Brazile Reveals How Hillary Clinton Bought the DNC During the 2016...

In a bombshell piece, the former Democratic National Committee chair outlines her search for evidence that the 2016 nomination process had been rigged.

We bring you another episode of AS THE HILLARY DERANGEMENT SYNDROME TURNS. Brought to you by the CEC.