Who is this person Abdul El Sayed= George Soros

Dear Sean,
I received this from a friend in Wyoming.
Can you please look into this.
Can this be real? I was so concerned I had to send this to you.

This is the message.

George Soros has destroyed the economic structures of countless countries and is hated internationally. Know who he is truly. Also Snoopes has been revealed to be what it actually is a hand of the FBI dedicated to manipulating public view to a Progressive SociaLUST agenda to destroy the U.S. and turn us into just another Banana Republic. We are but serfs!

Don’t ever say you weren’t warned - ‘He IS on his way’
He IS being groomed at this very minute !

His name is Abdul El-Sayed.

After years of being groomed by the Soros family. He has been hand-picked by the Left to be their next “champion” of Hope and Change.

He is 32 years old, born in the USA , and an extremely well educated Muslim Doctor in Detroit Michigan . (education funded by Soros)

He is handsome, articulate, charismatic and smart.

He is sympathetic of the Muslim Brotherhood, and is running for Governor of Michigan,

He has the potential to be Obama #2, but far more openly Muslim.

Abdulrahman Mohamed El-Sayed is an American physician, epidemiologist, public health advocate, and politician. He has announced his candidacy for Governor of Michigan, running as a Democrat.

In 2020 he will be eligible to run for President!

Democrats’ mouths are watering in anticipation and raising money

Elizabeth “Pocahontas” Warren is already campaigning for him.

Another Trojan Horse?
Al Jazeera, which is widely read by Michigan 's large Muslim population is doing its best to help George make him “YOUR” president in 2020!

Bet you never dreamed an unknown, like Obama,
would end up as the President of the United States of America
, FOR 8 YEARS, did you?

DO NOT LET THIS HAPPEN, AGAIN !

FORWARD TO ALL, MANY TIMES. 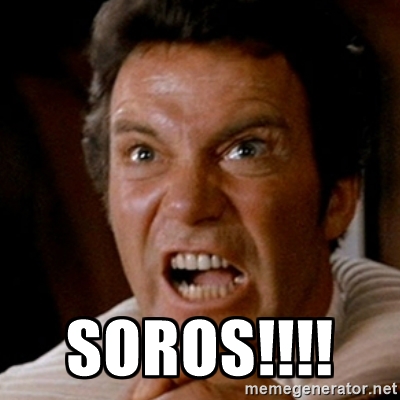 Ladies and gentlemen, a fine example of a trump supporter.

Trump is literally bailing out a Chinese company but somehow…SOROS!!!

Dear Sean,
I received this from a friend in Wyoming.

That was all I needed to read.

Sorry you chose this to be your first post, but welcome to the forum.

That’s a hell of a thing to say about your fellow libs.