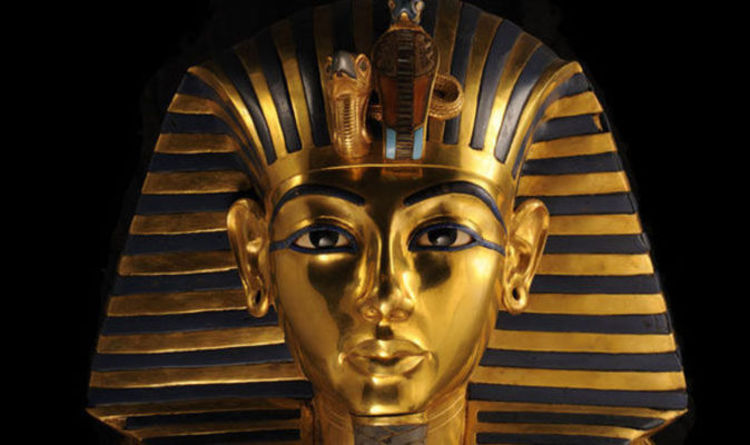 IT WASN'T POSSIBLE! 'Undeniable proof' of how and WHEN Giza pyramids were...

WITH their precise measurements and alignments with celestial bodies and magnetic north, it has long been argued that our ancestors around 4,600 years ago would have been unable to physically build the ancient Pyramids of Giza.

I don’t buy the alien theory and I don’t buy the textbook explanation, either. Celestial markers would certainly indicate that the pyramids and the sphinx were built around 12,500 YBP, and that would also adequately explain why there is undeniable water erosion on and all around the sphinx.

Ever notice that ancient monolithic stone cutting is identical in South America and Egypt?

And then there’s Gobekli Tepe, the oldest (provably dated to over 11,000 years old) monolithic site on Earth. It tells of a catastrophe that all but annihilated mankind in a two-part flooding event caused by a fragmented comet. They say it happened about 13,000 YBP (the first impact and flood, which occurred in North America). How do we date this? Celestial alignments…

Every single one of the most ancient religions, along with 10,000+ year old cave paintings from the Hopi Natives, all tell of a flood that destroyed mankind. They also all have tales of a distant past, during some “Golden Age of Mankind” where giant cut stones were used.

Oddly enough, the very first thing the Bible talks about after the events of Noah, is the Tower of Babel, where the Bible emphasizes that man was now building things with fired ceramic bricks and mortar, instead of using cut stone.

And speaking of cut stone versus bricks and mortar, why in the heck would the builders of Machu Picchu go through all that trouble to build stone structures out of (up to) 800 ton cut granite, then turn around and top it off with garbage like this?

So when you take actual history, geology, and astronomy into account, the archeology just doesn’t hold water.

Speaking of water, there are sunken cities all around the world, just like Dwarka exist around the world in places that haven’t been above sea level since the end of the last Ice Age (the Deluge).

So who built all these? To me, it looks like Humans built it, with a form of technology not necessarily higher than ours, but certainly very different (think Tesla’s frequency-tuning theories vs our conventional “blow it up” model of energy production).

We are a species with amnesia, and the remains of what we once were are all around us in plain site.

I wonder why natural selection would cull the smart ones (that had technology) during the flood?

I guess it could be explained by the fittest worker bees survived and the nerds couldn’t swim?

(I have nothing to add, I just thought I was funny. I’ll show myself out.)

Seriously though, I’d be happy to follow along here if a discussion breaks out. I find this sort of stuff interesting.

The same applies now as it ever has throughout humanity - over 90% of all people on Earth live within 100 miles of the coast line. At the end of the Ice Age, sea levels rose hundreds of feet within weeks (that can be verified with ice core data as well).

Well, if 95% of all humans died today, what would that include?

You get the idea.

The most likely people to survive such a catastrophe as the global flood would be backwater hillbilly types or hunter-gatherer groups (we still have those all over the Earth today). No wonder everything would be lost and forgotten.

I wonder why natural selection would cull the smart ones (that had technology) during the flood?

I guess it could be explained by the fittest worker bees survived and the nerds couldn’t swim?

What flood? Do you mean the flood that occurred when the land form that connected today’s Turkey with Greece was overtopped by the rising ocean (global warming) and flooded the basin (and all of the communities within it) that we call the Black Sea?

At the end of the Ice Age, sea levels rose hundreds of feet within weeks (that can be verified with ice core data as well).

That’s waaay off. Sea level rose about 120 meters after the end of the last ice age at the rate of about 1 meter per century. People had plenty of time to relocate, except those unfortunate enough to live in places like the Black Sea basin. 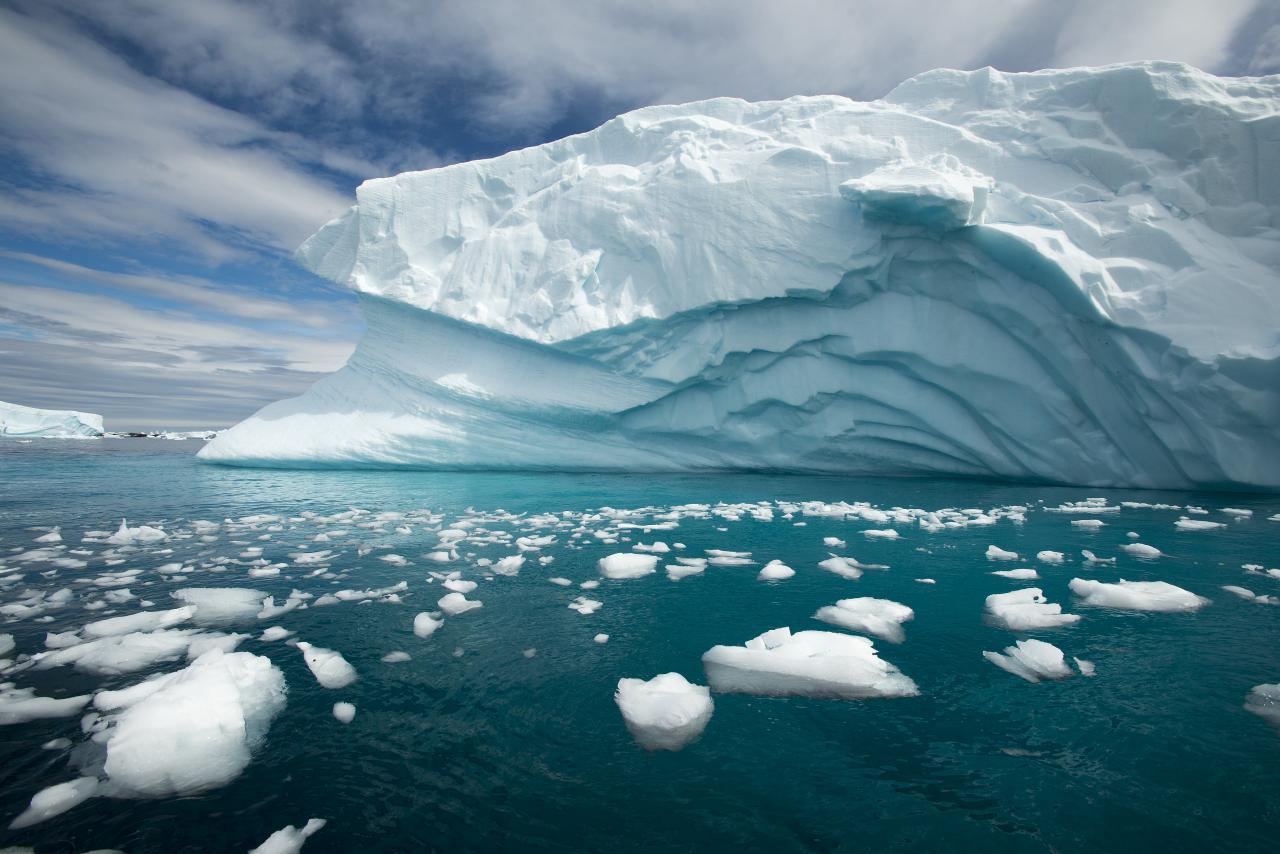 Ninety-nine percent of the planet's freshwater ice is locked up in the Antarctic and Greenland ice caps. Now, a growing number of studies are raising the possibility that as those ice sheets melt, sea levels could rise by six feet this century, and...

“starting about 14,000 years ago, sea levels rose by more than 13 feet a century as the huge North American ice sheet melted.”

13 feet per century is a conservative estimate. You’d think I gave enough links and info to not have to put on the magnifying glass.

So lemme slow a bit and be more precise. Sea levels rose hundreds of feet over a very short geological period (less than 1,400 years), with some of the rising happening very suddenly, and by dozens of feet. I’ll look for the links where ice core data from Iceland and Antarctica both support these facts.

“starting about 14,000 years ago, sea levels rose by more than 13 feet a century as the huge North American ice sheet melted.”

13 feet per century is a conservative estimate. You’d think I gave enough links and info to not have to put on the magnifying glass.

So lemme slow a bit and be more precise. Sea levels rose hundreds of feet over a very short geological period (less than 1,400 years), with some of the rising happening very suddenly, and by dozens of feet. I’ll look for the links where ice core data from Iceland and Antarctica both support these facts.

The link I posted says “researchers have estimated that sea-level rose by an average of about 1 metre per century at the end of the last Ice Age, interrupted by rapid ‘jumps’ during which it rose by up to 2.5 metres per century.” 2.5 meters per century is less but on par with 13 ft, but you seem to have missed the word “spurts” both in my link and yours. The total sea level rise since the end of the last ice age was 120 meters, which over 12-13,000 years yields a rough average of 1 meter per century.

But in either case, you said “at end of the Ice Age, sea levels rose hundreds of feet within weeks.” It didn’t.

Lets back up and address something else here first. I’ve had 4 years off from this place so I’m not surprised if I’m the only person who sees it, so here we go:

You are not adding anything to the conversation, you are being another generic hannity snot who just wants to find something to snipe at and argue over.

If you remember how, lets discuss this, instead of argue about it.

Now, as I said, I will find links for you. The evidence I’ve read over the years is vast, the research is vast, the reading takes forever. and one night of Samm doing google-fu to argue one little point isn’t gonna teach you a damn thing.

I’m not arguing I am pointing out the gross misstatement about the historic sea level rise. If you can find any source that shows that at end of the Ice Age, global sea level rose hundreds of feet within weeks, I will concede the point. Given the geologic record of temperature fluctuations over this age of ice ages though, I don’t believe that much ice melt is even physically possible. Even the occasional spurts of 9-13 feet per century cited in our respective sources is astounding. The total rise over 12,000 years was only about 400 feet. It defies any sense of reality that most of that could have occurred within in weeks.

And, by the way, my knowledge of this subject has been developed over the last 35 years or so. That’s why I immediately knew that your statement was wrong. The Google search was simply needed to find a link to a reliable source to verify my response.

I might be mistaking sea level rises with temperature rises. Still looking. Bed rest is awesome.

By the way, the explanation for the massive melting events that took place began with a fragmented comet strike, which is described at Gobekli Tepe, and there are platinum and iridium anomalies all across the northern North American continent.

I think the comet cause Meltwater Pulse 1a, and the rapid global temperature rises were due to the new Atlantic oceanic currents that formed as a result.

I’m watching Robert Shoch on Joe Rogan’s podcast, and his theory instead of a celestial impact with the Earth, is one caused by massive coronal mass ejections over a sustained period of time.

His evidence is pretty compelling too. Finally, competing theories/hypotheses by real scientists, and not gobbledeegook written by Art Historians! lol

Dealing with depression, mental illness, and the sadder aspects of life

Can you recommend some good jumping off points to start reading about some of the things you’ve mentioned?

@NotoriousNik, this one right here, narrated by Brian Cox. It goes into great detail connecting many of the world’s ancient and most wondrous megalithic sites.

It’s the mathematics involved that first had me sold.

The first thing to understand is, Egyptians did not cut and carve solid granite rock with copper chisels and dolerite hammers. Neither did whoever built Stonehenge, or Easter Island, or Machu Picchu, etc… That’s like using a pocket knife to cut down a rain forest.

But did they build them on Rock and Roll?

Sorry for the delay in response. Life. Go figure. Thanks, I’ll check this out.