Looks like the truth has stung some people. It always does.

It fascinates me how much differently some people are talking here on this new board. Like I’ve said for years, sometimes you have to have a beer with a guy to cut through their public persona and get to their true selves. This new place appears to be a big ole beer.

Being a Trump supporter forces one to publicly support behaviors that previously they only exhibited privately.

Dont need no darn links man. You will defend this politician making a vile joke about what opportunity Scalia’s death gave him… or so this disgusting politician thought.

See…you will defend him right here.

nobody has any idea what the ■■■■ you are talking about. Quote the vile joke you are babbling about or shut up.

You won’t condemn it will you? Obama can laugh and snicker all day about Scalia’s death and you will defend him.

See… no links required. You managed all by yourself.

You don’t think he deserves hatred for his words and actions. He’s a hatable person.

There is no talking to Haters of Trump who are so consumed with hatred that they make every attempt to tie Trump to things he didn’t even say and then viciously attack.

Replace Trump with Obama, and you have the years 2008-2016. EVERYTHING was Obama’s fault. The buck stopped at the top.

Guess that changed with Trump.

Do you have an answer for that question, yet?

You’ll probably be in a place where you can ask the haters yourself, I imagine.

What has happened to this country is a basic failure of manners combined with unduly excessive of any story that might reflect negatively on Trump.
Last night, I heard one anchor refer to the comment as “horrific”. Really? If that is “horrific”, what adjective do you apply to genuinely devastating tragedy? I think the remark was rude and insensitive, but I also think it was not mockery nor a joke (as it was referred to in another news item) - I think it was a rude offhand remark that for all we know, is now regretted by the person who said it. I don’t know anyone who hasn’t had something come out of their mouth that he or she regrets - the only difference here is that, in their cases, the remark isn’t subject to the biased scrutiny of a 24 hour news cycle.
I am sorry for Senator McCain - his diagnosis is pretty devastating, and I wish nothing but the best for him and his family. But I think the reporting of this story, as well as the expressions of outrage, are disproportionate to the offense. Just MHO.

Are you saying that because we don’t think you should mock the dying, we’re going to hell?

Yes, Russia did your party a favor by leaking the illegally hacked emails for political effect.

And sure, that is exactly like mocking a war hero dying of brain cancer.

No. Political corruption and cheating by the head of the party is absolutely not the same as one minor employee saying one stupid sentence.

Please lead us to one post by anyone saying that it is ok to attack a dying Senator with terminal brain cancer?

When were you last a member of congress?

Sorry, meant his funeral. Obama did pay his respect as reported by Reuters: 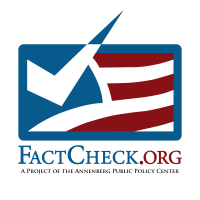 Q: Is President Obama the only president not to attend funeral services for a sitting Supreme Court justice (Antonin Scalia) or a former first lady (Nancy Reagan)? A: Obama is not the first president to miss the funeral of a sitting justice, and...


“The president and first lady Michelle Obama were greeted by Chief Justice John Roberts, spoke with some Scalia family members and briefly stood in silence, heads bowed, in front of Scalia’s casket during an afternoon visit,” Reuters reported.
Bodecea May 16, 2018, 7:15pm #592

Well, that left a mark.

So it appears Obama was at a wake at the Supreme Court but not the mass and funeral itself where the eulogy was given.

did I say Scalia’s eulogy?