Where is the 10% middle class tax cut Fat TrumpyBear promised?

So back on October 22, Fat TrumpyBear promised that his administration was going to “produce a resolution within two weeks calling for a 10 percent tax cut for middle-income people”.

Where is it? Has anybody seen it?

“We’re putting in a resolution sometime in the next week or week-and-a-half, two weeks,” Trump said. “We’re giving a middle-income tax reduction of about 10 percent. We’re doing it now for middle-income people.”

Surely such a high-profile resolution would have received tremendous press coverage, right?

So how is it that I missed it?

From what I have seen of the treasonous Republican House leadership, they have said they are going to waste what little time they have left investigating Comey and screaming about migrants.

Meant to include this reference:

U.S. President Donald Trump, speaking to reporters at the White House as he left...

Trump is just a con man. By the time the marks catch on to him he just moves on to his next con.

I just delete mine and write up a new one.

As for the tax cut? Republicans were trying to win a election. They will say whatever they can to get your vote.

I went to the car dealership, picked out a nice new car, then told the car salesman that my Trump tax cut would pay for it. Since Trump is honest, the car salesman should honor mine and Trumps word.

Still don’t have a car, but am patiently waiting.

Its wrapped up in his healthcare package…

Trust him, its goin to be the best health care and tax cut ever…

lol @ Trump and his believers 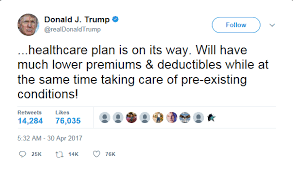 Laughing at anyone who believed that lie. Maybe that was one of the lies that turned voters in Wisconsin against him. It was such a nakedly obvious lie.

It was even more absurd than that. He actually said his policies would create such a surplus that the entire national debt would have been paid off during his administration if he made it two terms. 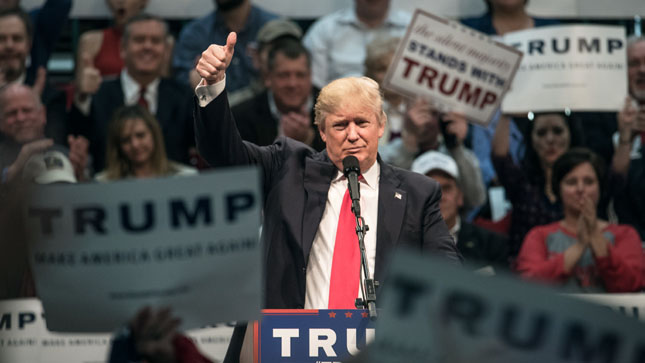 Trump: I will eliminate U.S. debt in 8 years

Instead of slicing the nearly $2.5 trillion a year it would have taken to make this feasible, he has added more than $2 trillion so far with no real reversal in sight. Another shameless lie that the Republican party will never hold him accountable for.

Instead of slicing the nearly $2.5 trillion a year it would have taken to make this feasible, he has added more than $2 trillion so far with no real reversal in sight. Another shameless lie that the Republican party will never hold him accountable for.

By the time the 2020 election comes around it should be a pretty long list.

It was a lie to try to save the house. He failed again.

I’m already planning ahead. I just can’t decide whether I’m going to laugh or feel sorry for a bunch of people on April 15th.

In answer to amazing hypocrisy.

In answer to amazing hypocrisy.

I thought Trump was supposed to be better than the last guy. You enjoy supporting these lies?