What's Next? How About Aliens? 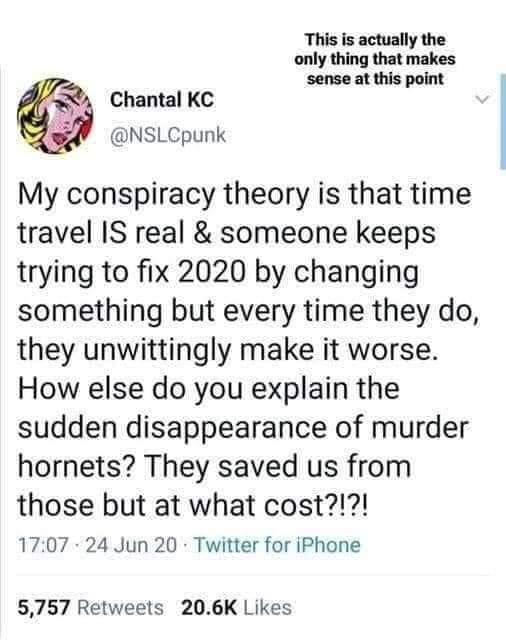 I like this quote, considering that if they are here, they probably have light speed travel or better and we would likely be powerless against any “potential threat”. They could zap us with their disintegrators! Whole cities disappeared in an instant!

"The Committee remains concerned that there is no unified, comprehensive process within the federal government for collecting and analyzing intelligence on unidentified aerial phenomena, despite the potential threat,” lawmakers wrote in a report.

Why would they be transdimensional? Or aliens for that matter?

From the pilots POV, through their sensors, the objects were popping in and out of the physical world around them. Pilots saw objects on the water, then boom its suddenly thousands of feet above them.

Some of the pilots said that just observation alone changed the way they acted.

So either its Schrodinger’s transdimensional pilot cats, or those new senors/networking described in Tyler Rogoway’s articles that promise to be able do to pretty much what happened.

I started that video hoping he’d be screaming “I AM CHROME WITNESS ME” but was left wanting.

So transdimensional in the method of travel, or from a different dimension?

For the record, I really would love to believe that aliens exist. If only I had more than fuzzy videos and accounts of other people’s sightings. I’ve seen a few weird things before, but I just don’t know either way.

So transdimensional in the method of travel, or from a different dimension?

I’m strongly on the side of this story being a slight show of the cards regarding the upgraded sensor/networking package.

But i also wish it were aliens, or Rick and Morty, or something more fun.

I think in the end the real story of these videos will be about how much the government ■■■■■■ with the lead signer of Blink 182’s head with them. Some how Harry Reid and the guy who owns Budget Suites of America are also involved.

A part of me definitely wants it to be. I’d like a differing opinion on this planet. lol