What poll is Trump tweeting about?

Not bashing or TDS, but I honest to god don’t know what poll the official presidential statement(twitter)s are referring to. Help?

And this is a test post of a Trump Twitter link from my phone. If it goes badly dont be surprised:

He just makes ■■■■ up. Doesn’t seem to bother his supporters, though.

But he must have seen something to get that number 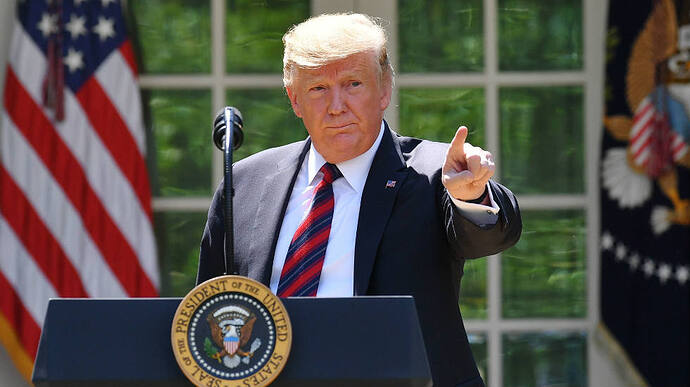 A majority of Americans believe President Trump will be reelected next year, according to a CNN poll released Wednesday.

Maybe this poll, from a month ago? Honestly, who knows what goes through the mind of the orange fool.

I wonder if that’s off the “Official 2020 Trump vs Democrat Poll” sponsored by Trump and the RNC.

I don’t think he’s gone over 50% on Rasmussen, even, for quite a while.

I don’t think he’s gone over 50% on Rasmussen, even, for quite a while.

He was at 51 percent there couple weeks ago i think.

Doesn’t really matter what polls say anyway. The one on election day is the only one that matters.

Would have thought that would have been learned in nov. 2016.

I don’t recall seeing the 51 at Ras., unless it was for a day or so. Maybe over the weekend.

But Trump seems pretty focused on the polls, to the point he fired his own internal pollsters when they gave him unflattering results.

Not arguing some of that. But seriously, the president is tweeting stuff and we have no idea what he’s referencing. This is confusing. Its the President. What is he talking about? Reasonable question.

But he must have seen something to get that number

Why would he start now?