Now Pelosi has gone too far. Undoubtedly she has cost the big guy a pay check. No wonder Clown-boy didn’t want her to go to Taiwan. Now we get to hear Libs proclaim how brave and marvelous she is for intrepidly thumbing her nose at China. Sure, as if Nancy gives a rats ass about America and her serfs. No doubt she’s scouting for her hubbys next insider trading deal…

It’s good that we stand up by our allies, generally.

This whole China vs Pelosi thing is a choreographed event to give the illusion the Democrat Party has a spine and will stand up to China when in fact the Democrat Party Leadership, along with Biden, is in bed with China and is selling out to China.

This thing has been cooked up by the CCP and our Democrat Party Leadership to create a false illusion prior to the coming election.

This staged conflict benefits the CCP and our traitorous Democrat Party Leadership.

I’m glad they didn’t back down.

I also want to point out since I came to this forum back in spring of 2005 warning people about China they had total trade surplus with United state of 5.4 trillion dollars. 5.4 trillion with a T

In another thread, the talking point was that Iran hasn’t attacked in 10 years, so you shouldn’t be worried.

Here, your concerns about China that you have warned about for fully 17 years (!!!) haven’t come true. So you’re simply wrong, and you are demonstrating why lib naiveté is is the better course in international politics.

I’m glad they didn’t back down.

That’s necessary for the illusion that the Democrat Party will stand up to China when considering who to vote for this coming election. The threatening crap by the CCP was all staged by Nancy and the CCP.

The threatening crap by the CCP was all staged by Nancy and the CCP.

Not going down that path but why would China go along with that…it makes THEM look weak and to top it off. It’s showing the world and hopefully to American people that we must start decoupling from China.

And I believe @Gaius stated in another thread that Taiwan has invested hundreds of billion dollars into China industry.

I think Taiwan needs to decouple too. Can’t count on EU/europe thou.

Looks are irrelevant in the big picture. It most certainly benefits the CCP to help the Democrats remain in power. Think long term, my friend!

What China did hurts em. It shown the world the actual threat they have become.

Keep in mind China has a plan, that plan is to toe to toe with American in Pacific by the end of this decade. They’re almost there now. That’s the only reason why they pulled back.

What China did hurts em.

I don’t see how if it helps keep our traitorous Democrat Party Leadership in power.

China is a threat…and you’re going down some conspiracy does help. Also all my years of following politics and China to some extent…China isn’t known for conspiracies.

They have a plan to control Pacific/Asian waters and they want to physically boot America out.

How long would it take for a large amount of US manufacturers to pull out of China?

Where would they go for their manufacturing?

I am all for bringing back manufacturing to the states, and/or to more US friendly countries…but the logistics and time frame would be a huge challenge.

I agree with you that China is a threat to the United States. So, why is the Democrat Party Leadership depleting our Stategic Oil Reserves and selling oil to China, our sworn enemy?

Maybe…just maybe we should being doing that then some left-wing fantasy that’s doing business IN China.

Nov Election. Number one goal is to lower fuel prices. That’s doing more to help them in Nov that what Polesi did.

What she did do whether intentionally our not focused China threat.

Maybe…just maybe we should being doing that then some left-wing fantasy that’s doing business IN China.

Conan,…I agree with you on this. We need to drastically reduce our manufacturing footprint in China.

How do we do that,w/out blowing up the economy?

I disagree. Nancy’s stagged visit event is in addition to selling oil to our sworn enemy, which is China.

Both help the Democrat Party Leadership in the coming election.

It’s good that we stand up by our allies, generally.

This is nothing but political theater. China wants democrats to stay in power and Democrats want Chinese money to help keep them in power.

Is that even a real question when it comes to a politicians photo-op? 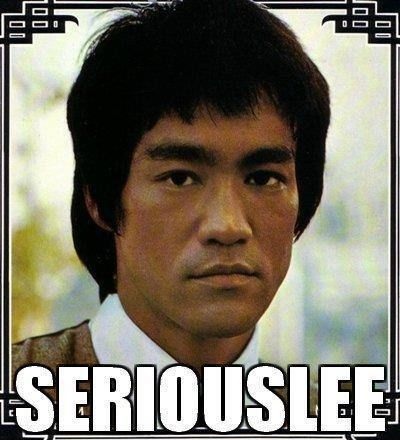