Welcome to the NHL, Seattle

The NHL is heading to Seattle.

The owners voted to award an NHL franchise to Seattle. They will start playing in the 2021-22 season.

I hope one day the city will get a NBA team again.

Of the potential names I’ve heard I’m hoping for the Seattle Kraken.

RELEASE THE KRAKEN as a sports chant would just be awesome.

Now that I think about you…you’re perfect for the job.

Aw, you know no one can replace you as my wee baby boo!

I have no idea how many cities already have an NHL franchise, but considering it includes such winter cities as Las Vegas, Tampa and Los Angeles, I’m going to guess around 50.

Was hoping for another team in Ontario because Leaf ticket are expansive, but Seattle is a great sport town you will get a lot of west coast Canadians at the games too.

Why would they bother? Can’t they watch the games on TV for free? Plus there is that big exchange rate between the two countries.

They will likely go to watch them play other Canadian teams, when the Blue Jays play Mariners there are more Blue Jay fans then Mariners fans.

Yeah, but there is no MLB team in Vancouver as far as I know. The only Canadian team is Toronto.

Tickets for hockey in Vancouver are expensive as hell, I can see a lot of people trading a few hours in the car for cheaper hockey.

It makes no sense that Canadians would go to Seattle games instead of Vancouver. How would the tickets be any cheaper, especially factoring the exchange rate? Then there is gas, food and of course a few hours of travel time.

You think they are going to be a bargain in Seattle, especially since Canadians will have to pay more due to their low dollar?

Then you will know.

Seattle is a very gay town

“Fresh air, a temperate climate and bright evergreens are keys to happy living in this Pacific Northwest metropolis.” 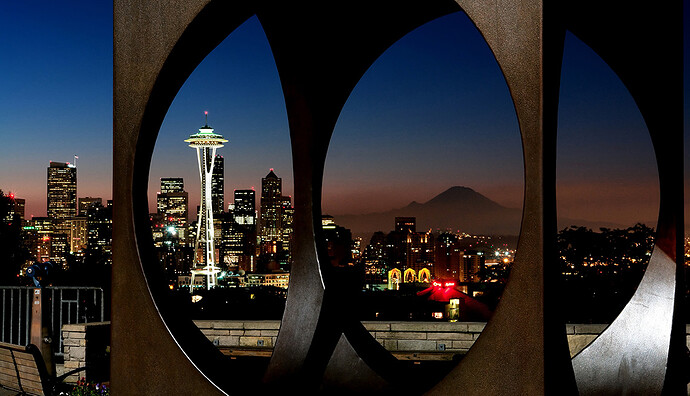 The happiest residents live in midsize cities. Check out the happiest cities in America, where overall well-being is the overriding vibe.

You can drive a few hours and get the same seating at a hockey game for like 200$ less, most people will do it. good seat at a Vancouver game is 300$ + American.

Is it a bargain on other cities?