Warren proposes confiscation of wealth that would be unconstitutional

So, Elizabeth Warren has indicated she will run for president in 2020. One thing she has proposed is a DIRECT tax on assets over $50 million.

Now many a liberal/socialist will applaud her for this. But guess what it’s unconstitutional. Lets look at it. In another thread, someone suggested it falls under INCOME tax:

The Congress shall have power to lay and collect taxes on incomes, from whatever source derived, without apportionment among the several States, and without regard to any census or enumeration.

So lets say I win the lottery – Choose the one time payment, and the payout is 400 million. Okay under the 16th amendment, congress has the authority to levy a tax on that income. After state and local taxes, I’d walk away with at least 50% (so we will go with an even $200 million).

Now that $200 million AFTER income tax is now an asset. It is capable of producing income (interest, dividends, capital gains ect). But say I pull an extremely dumb move and put it in a non intetrest bearing account and it produces NO income.

Under Warren’s unconstitutional proposal, I’d be hit with a 1% tax on $150 million dollars. That would be a DIRECT tax.

So how is it unconstitutional:

No Capitation, or other direct, Tax shall be laid, unless in proportion to the Census or Enumeration herein before directed to be taken.

So as a DIRECT tax on my assets, it can only be in proportion to the census or enumeration. So the tax would have to be on EVERYONE, not just those with assets over a certain amount.

This my frineds is why Democrats should NOT be in power now or ever. They don’t understand the constitution. They don’t believe a person should be rich, and they believe in confiscation of a person’s wealth and redistributing it to those THEY feel are deserving. 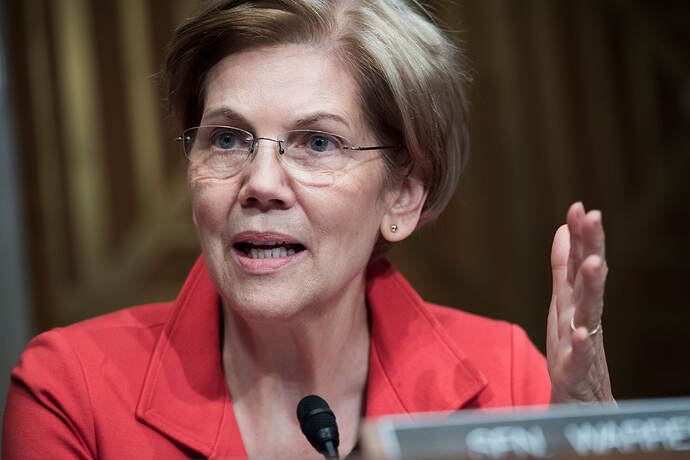 Elizabeth Warren proposes 'wealth tax' on Americans with more than $50...

Warren's idea comes alongside other Democrats' plans to raise taxes on the wealthiest Americans to pay for ambitious policy goals.

The Post reported that Warren has been advised by Saez and Gabriel Zucman, left-leaning economists affiliated with the University of California, Berkeley, on a deal that would levy a 2 percent wealth tax on Americans with $50 million-plus in assets. For Americans with assets above $1 billion, that tax rate would increase to 3 percent.

The newspaper, citing a person familiar with the plan, reported that Warren’s plan would try to counter tax evasion by boosting funding for the IRS, and by levying a one-time tax penalty on people with more than $50 million who try to renounce their U.S. citizenship. It would also require that a certain number of people who pay the wealth tax be subject to annual audits, the Post reported.

Yeah, sorry snow, but this is a dumb idea of hers that would never go anywhere and another reason she should not run for president and will not win the nomination.

Are you speaking of taxes to pay our military members? Vets? Secret Service? Intelligence? Border Patrol?

Happens in nearly every state of the union via property taxes. I find it neither extreme or a bad idea, however I don’t support it.

I agree with the premise of the thread, probably not constitutional (although that can be fixed with an amendment) but also not a lawyer.

I’m talking in general. Is Wealth confiscation a good or a bad idea?

I agree with the premise of the thread, probably not constitutional (although that can be fixed with an amendment) but also not a lawyer.

That is why the 16th amendment was passed. Congress levied an income tax, courts were ruling it violated the direct tax clause. that’s why the amendment specifies an income tax is NOT subject to apportionment.

In this context, yes. Absolutely.

So in general you agree with wealth confiscation then?

You said you disagree in the context of taxing assets.

What context of wealth confisaction do you not disagree with?

However, as I was stating earlier, a wealth tax is hardly an extreme idea.

I agree that wealth confiscation as proposed here is a terrible idea and likely unconstitutional.

What type of wealth confiscation do you support?

In this context, yes. Absolutely.

You’ve alluded to your support in some other fashion.

I feel like you’re trying to get me to say something, not sure what, because you’ve got some grand gotcha.

I only hedged because dantes hinted at property taxes as being somewhat of an asset tax.

It is, but it’s done at the state level, and the constituional section it’s in deals with congress, not the states.

I have no gotcha or trap in this one (I know hart to believe with me isn’t it).

Well okay . . . the only gotcha or trap is you admitting what scinario you think it’s okay to confiscate a person a’s wealth, but not person b’s.

This plan is stupid.
but taxes is general are not stupid.

Vehemently against federal taxes on assets.

Elizabeth Warren needs to go away.