According to Politico 36 out of 400,000 voters and election workers have tested positive for coronavirus since the primary on April 7. 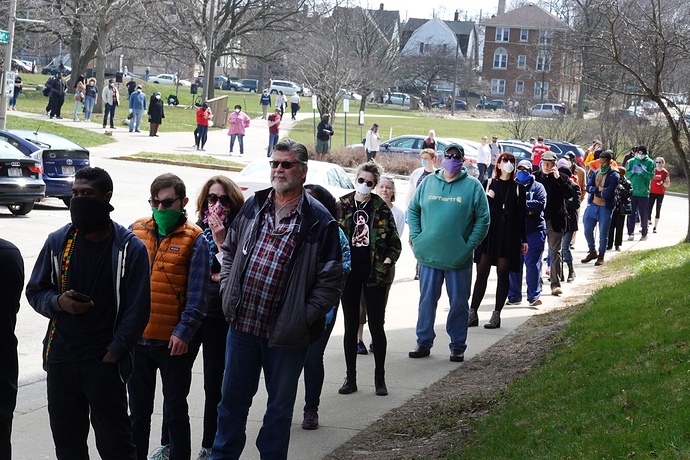 The count of people exposed to the virus during the April 7 election is likely to grow in the coming weeks.

According to Wikipedia, the Wisconsin has added about 3500 new cases since April 7. The population of Wisconsin is 5,850,000, which means that there should be about 240 new cases in the portion of the population who went to the poles.

Voters got less than 40 cases instead of the expected 240. That means that voting may have prevented roughly 200 cases of COVID-19. The incubation period is typically less than two weeks, so it is unlikely that any new cases are a result of the voting from three weeks ago.

Is voting at a poll really so dangerous that we need to call off conventional elections?

States normally allow absentee ballots, to people who have real health concerns should be able to vote by mail with no change to the laws. Why is there such a push to send out ballots?

12 posts were merged into an existing topic: You can’t hold in person elections – you’ll kill thousands! Well . . . ummm . . . maybe not