USS John S. McCain personnel are getting off the hook relatively lightly 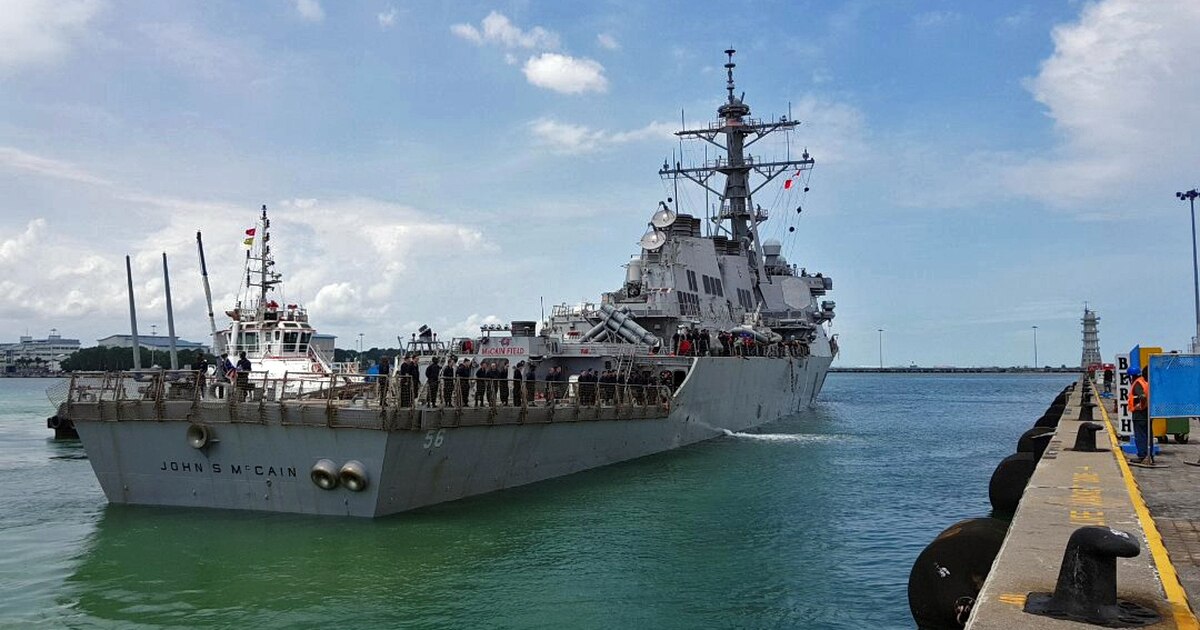 As the judge readied to announce the terms, Sanchez’s defense asked that he be given a just sentence.

Commander Sanchez, Commanding Officer of the USS John S. McCain, will get off the hook relatively lightly, considering what he originally faced. He pleaded guilty to a single charge of dereliction of duty. More serious charges of negligent hazarding of a vessel and negligent homicide were dropped. A punitive letter of reprimand will be put in his file and he will have to forfeit $2,000 a month for three months. He must also immediately submit his retirement paperwork. Presumably he will be sailing a desk for the next three months will he works off his forfeiture of pay.

A commissioned officer cannot be busted down in rank. However, when he retires, a committee will evaluate the pay grade in which he last satisfactorily performed and it is quite possible that he could be busted to Lieutenant Commander for purposes of retirement pay, which would cost him thousands over his lifetime.

But all in all, he should be feeling pretty ******* lucky about his situation. He is being permitted to retire and will not face prison. The sovereign immunity of the Federal Government will ensure that he never faces any private lawsuits from families of the crew members killed.

His career is over, but it could have been much worse for him. Negligent hazarding of a vessel carries up to life in prison.

As a side note, an enlisted member got off relatively lightly as well, being busted down from E-7 to E-6 with other relatively trivial punishment, but he will be permitted to retire as well with no prison.

Man, what a lucky guy.

The bigger problem with this is it sets a bad precedent for potential future incidents like this.

An enlisted would be spending years in jail.

As a side note, an enlisted member got off relatively lightly as well, being busted down from E-7 to E-6 with other relatively trivial punishment, but he will be permitted to retire as well with no prison

Here. Read it until you get it.

When you let the officer off, you obviously can’t go after the enlisted more harshly.

My post was about a enlisted only incident. On poster understood that.It seems the light minded need to have things spelled out.

Those are the ship’s namesakes, not the Senator.

Well, I did say the ship’s namesake after all.