US in "incipient insurgency"

Acccording to the author, recent attempts to label right wing groups (by Maxine Waters), or antifa (by Tom Cotton), as ‘insurrections’ fail to meet the federal legal standard.

Instead, he argues (based on experience in Iraq) that:

"…None of these groups [Proud Boys, Patriot Prayer, antifa] could be considered insurrectionists in the formal, U.S. legal sense. Still less could this term be applied to the unorganized looters who pillaged property or to the mobs that attacked police precincts over the past several weeks. These people, however violent, were committing acts of civil disturbance, property destruction, and assault that are well-addressed by ordinary civil and criminal law. And of course, protesters legitimately exercising the First Amendment “right of the people peaceably to assemble, and to petition the Government for a redress of grievances” are committing no crime whatsoever and should be protected, supported, and – most importantly – heard.

In this respect the argument that the protests have been “largely peaceful” may be true, but it is also irrelevant. Only a tiny minority – 2 to 5 percent – of individuals in insurgencies, civil wars, or criminal gangs actually commit violence…"

“… Thus, as this month’s disorder fades, the main long-term impact may be its radicalizing effect on a tiny minority of participants who join more violent groups as a result. It is commonplace in insurgencies for guerrilla talent spotters to identify recruits through street violence, inducting them into armed, organized groups over time. More broadly, the military concept of insurgency –subversion plus violence, intended to seize, nullify, or challenge political control – may be more applicable here than insurrection…”

He also makes the point that repeated street clashes between multiple insurgent groups has led to a tactical and organizational “cross-pollination”.

It seems that, if true, this further invalidates the Trump-Barr approach to the wider protest movements, since it would and does train committed insurgents, while also winnowing and toughening up those cadre capable of radicalization beyond dissent.

Ah, the King David disciple. In general he is correct, but he has some problems. For one he is using a very narrow definition of “arms”. Two he is arguing legalistic semantics. Three, ANTIFA is anarchist. Four he is Australian.

It is technically an insurgency. It is following a known pattern.

It is not incipient.

How can the letter of the law be ‘semantics’ in the colloquial sense of that word?

From Kilcullen’s own link. He left this part off.

Insurrection refers to an act or instance of revolting against civil authority or an established government. It is a violent revolt against an oppressive authority.

So far a lot of the person-on-person confrontation is more like “Gangs of New York”.

Certainly the rioting, looting and arson are not, though.

And the virtual (and, in Seattle, physical) occupation of areas is more than just gang warfare.

Cool beans. It’s not an “insurrection”.

Whatever people want to call it, it is out of control and destructive.

They aren’t trying to seize control of the state.

“a violent uprising by a group or movement acting for the specific purpose of overthrowing the constituted government and seizing its powers.”

Anarchists do try to seize power.

I’m not sure where the country goes from here. Insurgency? I really don’t see that occurring. If territory is gobbled up by homegrown groups, then I will reconsider.

The analyst reads it as “incipient”. Seems reasonable.

It seems that, if true, this further invalidates the Trump-Barr approach to the wider protest movements

If true? A + B may not equal C? But, someone is going to write an article on stretching A and B so C sounds like a reasonable conclusion.

You © can label it anything you want.

Garbage man is now sanitary engineer and so on and so on.

Civil War is in the Leftist Genes, it’s from kalpas of living as predators 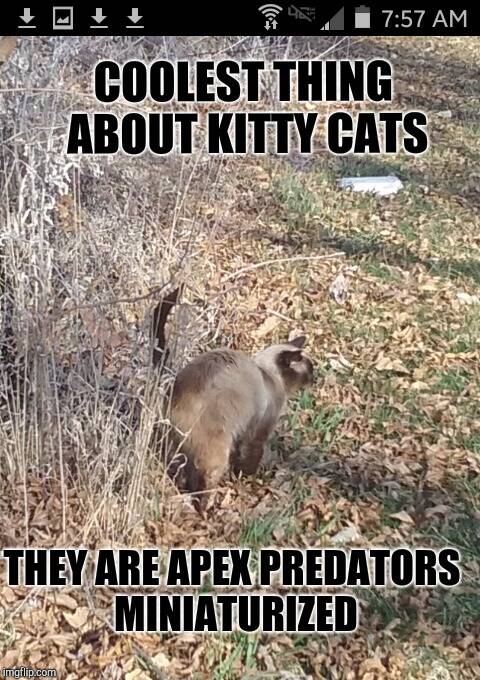 Now look at the rise of feral cats and rats in the leftist cities.

A peaceful protest is a part of the core values that make up this country and I’ll fight for their right to do so. I don’t care how anyone chooses to describe what’s going on but no one has the right, to trample the on the rights and destroy the property of others…period. I don’t care how righteous you believe the cause is either. When this happens, there needs to be a force that squelches this violence and protects innocent citizens.

But who is promoting and coordinating all of it??

Head of the snake…