Unemployment numbers are the best they’ve been in 44 years but it seems good news has to be avoided when a republican is in the White House.

Fewer people were receiving unemployment benefits in the beginning of June than at anytime in the past 44 years, the Department of Labor reported Thursday.

Altogether, 1.7 million people received benefits during the week, the fewest since December of 1973, when Richard Nixon was president and there were far fewer workers at risk of losing their jobs. 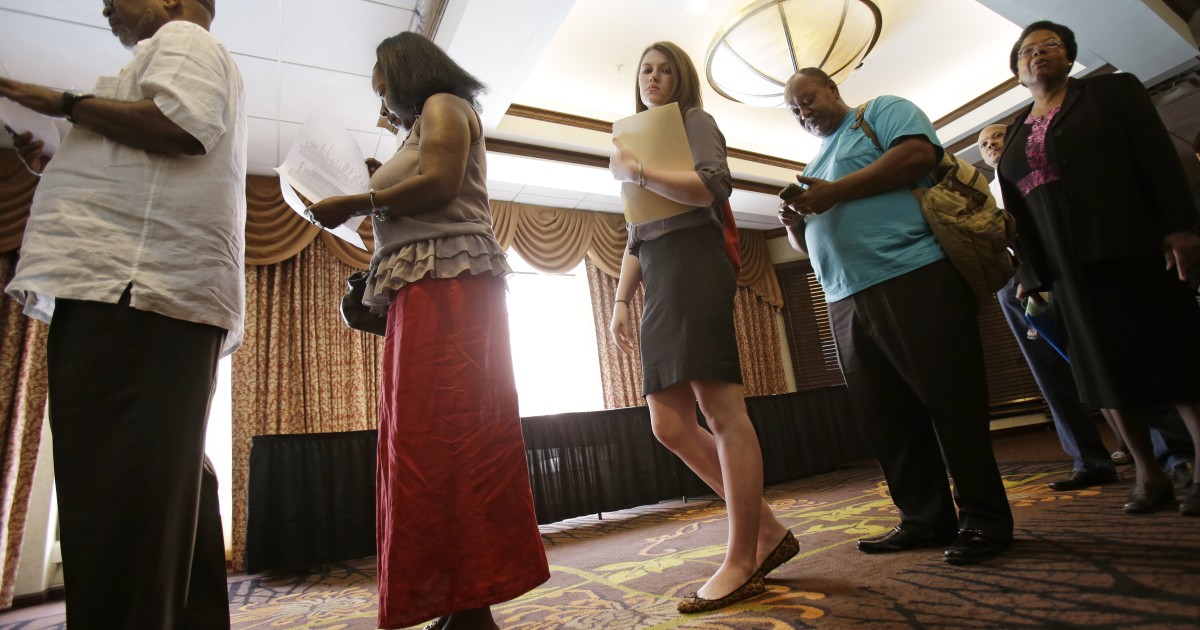 Fewer people are on unemployment benefits than anytime in 44 years

Fewer people were receiving unemployment benefits in the beginning of June than at anytime in the past 44 years, the Department of Labor reported Thursday.

People are coming off or UEI and coming back into the workforce at levels most Americans have never seen but it’s getting very little play in the news cycle and certainly in conversation in places like this.

On top of that 2nd Q growth estimates are exceeding previous expectations as well.

The U.S. economy appears to have gotten quick out of the gate in the second quarter and it could be on track for 4% growth or higher, analysts say. After strong gains in personal income and consumer spending in April, a bevy of Wall Street firms upped their GDP forecasts. Amherst Pierpont Securities raised its estimate to 4.5% from 4.2%. Macroeconomic Advisers increased its forecast to 4% from 3.6%. Natwest raised its projection to about 4% from 3.2%. Barclays also upped its estimate, but it was near the low end of forecasts. It raised its target to 3.3% from 3%. GDP has only topped 4% three times since the end of the Great Recession in mid-2009.

Part of the 8 year trend

Thank you trump for doing nothing and not interfering with the trajectory.

Thank you president obama for pulling the car out of the ditch. Thank you me trump for not driving it back into the ditch. Yet.

Thanks Trump for continuing the good economic news. Keep it up!

As close as we’ve ever been.

Depends on how you look at it.

When have we been closer to full employment and by what standard?

Unemployment numbers are the best they’ve been in 44 years but it seems good news has to be avoided when a republican is in the White House.

It’s down that far from the 40% it was at during the campaign?! Well done Donald!

Tell Donald, not me.

Someone should tell the President.

U6 unemployment (also widely known in conservative media as real unemployment) was lower in the year 2000. The data doesn’t go farther back than 1994 so likely was lower previously too.

There are more jobs being advertised in the US right now that people looking.

How is that a response to what I wrote?

Then why are those lazy American still unemployed.

You answered your own question. Think.

I know this and you know this. Trump and his Treasury Secretary apparently do not.

Don’t believe these phony numbers," Trump told supporters early last year. “The number is probably 28, 29, as high as 35 [percent]. In fact, I even heard recently 42 percent.”

“The unemployment rate is not real,” Mnuchin told the Senate Finance Committee. “I’ve traveled for the last year. I’ve seen this.”