U.S. to carry out first federal execution of a woman in seven decades U.S. to carry out first federal execution of a woman in seven decades

Lisa Montgomery is scheduled to be put to death on Dec. 8 for the 2004 murder of a pregnant woman in Missouri. It would be the first federal execution of a woman since 1953.

Only the fourth Federal execution of a woman in history. The first was Mary Surratt in 1865 (as an accomplice of John Wilkes Booth) and the other two both occurred in 1953, Ethel Rosenberg and Bonnie Emily Brown Heady (for a kidnapping/murder of a child across State lines).

Her execution is scheduled for December 8th.

I was reading about this. She didn’t just strangle her. She strangled her, cut the baby out of her, then strangled her again.

I was reading about this. She didn’t just strangle her. She strangled her, cut the baby out of her, then strangled her again.

I can all but assure you they will.

She crossed a state line claiming she was interested in puppies a pregnant online friend of hers had. “Friend” had bad feelings about her but the two met.

She wasn’t there for a puppy but to kill her & take her baby. She had a bilateral tubal ligation & deceived the man she married, who wanted a child, into thinking she was pregnant.

She accessed the baby, IIRC a girl, and told husband to meet her at a particular restaurant. Who in the heck gives birth & asks to meet at a fast food restaurant the same day, & just how dumb is this guy he couldn’t tell she WASN’T pregnant?! Some babies don’t move much, but no listening to a heartbeat?

Anyway I’m not generally a death penalty supporter, but won’t be losing any sleep over this bleep if she’s executed.

Would a sane person do what she did? They should keep her locked up in a secure mental institution. I don’t agree with the death penalty here.

A sane person would up front tell a fiancé she’s sterile, same as a sane man with a vasectomy & a fiancée.

It seems to me with many in the feminist U S that if Lisa Marie was Lawrence Mark & did the same, Old Sparky would be dusted off & applications to flip the switch would reach the roof.

If women want equality, then need to accept the same penalties for the same actions. Guilty but insane may be the reality here, & this individual should be given the same penalty as a man would—which most likely would be death.

Guilty but insane may be the reality here

So you’re ok with executing an insane person?

The death penalty should be applied to almost all murderers. Their acts are heinous…period. The fact that only very few receive the death penalty, leads me to conclude that this is NOT equal justice under the law.

I’m going to go ahead & question my own assertion of insane here.

Was she insane when she married & made babies with husband #1?

Was she insane when she signed consent for a bilateral tubal ligation to be performed?

How about when she crossed a state line & located the home of Bobbie Jo Stinnett? Took the implement to cut her & steal her daughter?

If women want to be treated the equal of man, they need to accept the negative side of equality as well—which in a crime this horrific would be the federal death penalty.

Her gender is not the issue for me…The point is, would a sane person (of either sex) commit that act? IMO…no. And in no case should we execute an insane person.

Would a sane person commit murder?

Yes. Some people are just mean rather than insane. IMO anyway.

Yes. Some people are just mean rather than insane. IMO anyway.

Her gender is not the issue for me…The point is, would a sane person (of either sex) commit that act? IMO…no. And in no case should we execute an insane person.

She wanted something and she decided it was worth some else’s life to get it. On the surface, that is pretty sane.

She is currently being held at Federal Medical Center Carswell, located in Forth Worth, Texas. It is an Administrative Security facility. They will likely transfer her to Terre Haute, Indiana pretty soon. 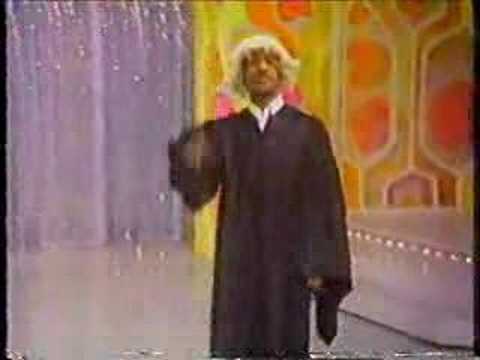 But I do have exceptions. And this is one of them.