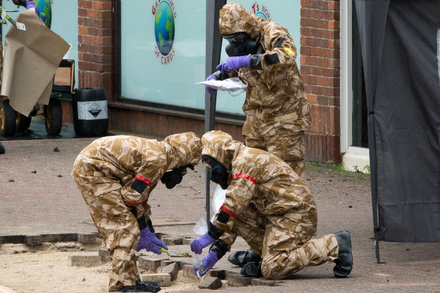 The military intelligence service suspected of disrupting the 2016 presidential campaign in the U.S. may be behind the poisoning of a former Russian spy and his daughter in England.

"British investigators believe the March 4 attack on the former spy, Sergei V. Skripal, and his daughter, Yulia, was most probably carried out by current or former agents of the service, known as the G.R.U., who were sent to his home in southern England, according to one British official, one American official and one former American official familiar with the inquiry, speaking on the condition of anonymity to discuss intelligence.

British officials are now closing in on identifying the individuals they believe carried out the operation, said the former American official."

i hope they bust whomever poisoned the guy and his daughter. that’s evil.

But what good will it do to indict Russians? -Trumpers probably