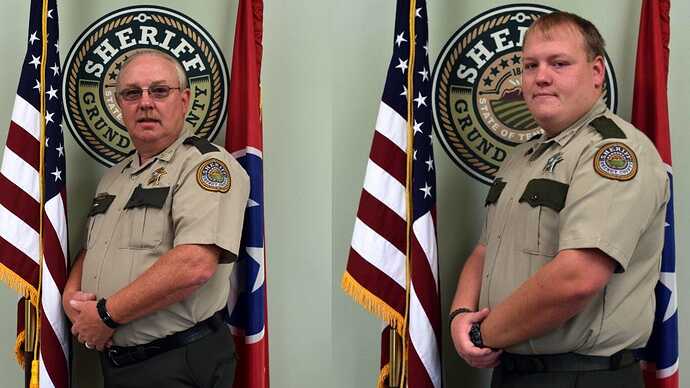 A pair of deputies accused of routinely using excessive force in rural Tennessee would prefer their case be decided by one judge, not a dozen jurors.

Sometimes its just better to try your luck with a judge rather than a jury.

The two defendants in question, father and son, have essentially been using their arrestees as their own private mixed martial arts practice dummies.

They were charged by the Federal Government with civil rights violations.

And after the Floyd situation, they decided that maybe going before a jury ain’t the best or brightest option.

Tactically, I think it is the right move. Their odds are better before a judge who presumably will not be swayed by the emotion of the moment.

Win or lose, their trial will be exponentially faster.

Criminal bench trials are exceedingly rare in the Federal Courts.

Like you said, smart move given current events. Equally valid whether they are innocent or not.

It’s easy to understand the motivation behind their request.

In Virginia the prosecutor can force a jury trial. Is it the same at the federal level?

It’s so they can appeal to a higher court when they get slammed.

Senator Blackburn was on fox this morning, praising her cops.
She spoke of the need to give them more money, ok.
She refered to protesters exclusivley as rioters, and I heard no mention of Mr. Floyd by her.
Her focus was on cops like we see above to get more pay, and to be more ready next time to deal with these rioters.
She does not get it, she’s part of the problem there.

Like you said, smart move given current events. Equally valid whether they are innocent or not.

In Virginia the prosecutor can force a jury trial. Is it the same at the federal level?

From the Federal Code of Criminal Procedure:

(a) Jury Trial. If the defendant is entitled to a jury trial, the trial must be by jury unless:

(1) the defendant waives a jury trial in writing;

(2) the government consents; and

(1) In General. A jury consists of 12 persons unless this rule provides otherwise.

(2) Stipulation for a Smaller Jury. At any time before the verdict, the parties may, with the court’s approval, stipulate in writing that:

(A) the jury may consist of fewer than 12 persons; or

(B) a jury of fewer than 12 persons may return a verdict if the court finds it necessary to excuse a juror for good cause after the trial begins.

(3) Court Order for a Jury of 11. After the jury has retired to deliberate, the court may permit a jury of 11 persons to return a verdict, even without a stipulation by the parties, if the court finds good cause to excuse a juror.

It’s so they can appeal to a higher court when they get slammed.

I won’t pretend to know all the legalities involved. This reminds me of all the cannabis related cases that underwent a bench trial so there could be appeals when they lost.

a judge who presumably will not be swayed by the emotion of the moment.