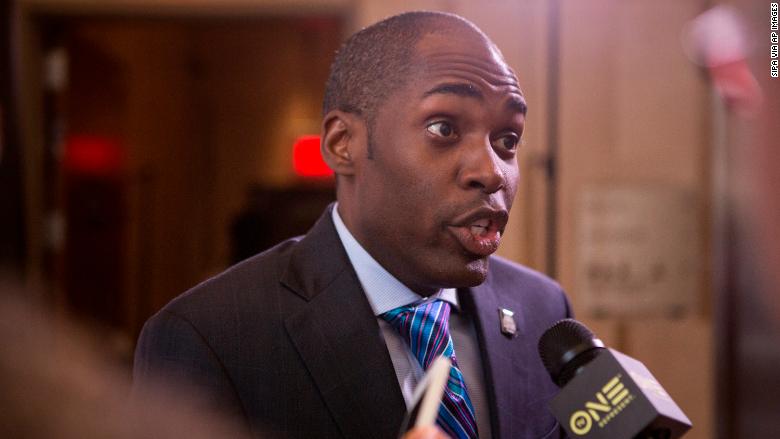 CNN said Wednesday evening that Paris Dennard has been suspended from his commentary role, pending an examination of the allegations about him in a Washington Post story.


Paris Dennard was fired from Arizona State University after he admitted to touching a woman’s “neck with his tongue.” He also came up behind that woman and whispered in her ear that he wanted to ‘f—’ her.” Paris also “pretended to unzip his pants in her presence, tried to get her to sit on his lap, and made masturbatory gestures,” according to a university report obtained by The Washington Post.
Munimula1 August 23, 2018, 2:17pm #2

I wonder if he also grabbed her by the ■■■■■? No wonder Trump thinks he is ‘wonderful’.

Yeah,who does he think he is, juan williams?