Temper tantrum, couldn’t handle criticism from an honorable soldier and replaces him with a defense contractor (worked for Boeing for 30 years)

I am pleased to announce that our very talented Deputy Secretary of Defense, Patrick Shanahan, will assume the title of Acting Secretary of Defense starting January 1, 2019. Patrick has a long list of accomplishments while serving as Deputy, & previously Boeing. He will be great!
1 Like
noSpaces December 23, 2018, 5:04pm #2

I am surprised Mulvaney was passed over.

What’s up with the “acting” part? First chief of staff and now SecDef.

Already Trump hates his chief of staff who has insulted Trunp and his Wall. Hopefully they vetted the new SecDef and don’t find Trump Hater comments in his history as well.

Acting Sec of Defense, acting AG and acting WH COS, all during the gov’t shutdown…what a cluster ■■■■

I don’t understand how Mattis or anyone could disagree with Trumps brilliant strategies?

He was “vetted” and cleared by 92 senators.

He like “acting” because he’s a reality TV “Star”.

I’ve already made up my mind: Trump is a lying sack of ■■■■■ and a dangerous con man. The bigger picture is that he campaigned on “listening to generals,” (unlike Obama), and the result would be ISIS wiped off the face of the Earth. Presumably cons liked that.

Now, having done neither of these things, Trump lies and claims that Mattis is “retiring,” when in fact he’s resigned because of Trump’s actions. The Trump-supporting cons seem to like that fine. Are cons able to make up their minds? Or is it just: I love Trump.

No I mean personal vetting- seeing if he (like most of the others) talked smack about Trump in the past.

I like the story that Trump didn’t understand Mattis’ resignation letter was an attack on him until it was explained to him. Makes the tweet about Mattis ‘retiring” hilarious.

Well, now that Trump got around to reading Mattis’ resignation letter Trump is not even letting Mattis resign, but is rather the firing him.

General Jim Mattis will be retiring, with distinction, at the end of February, after having served my Administration as Secretary of Defense for the past two years. During Jim’s tenure, tremendous progress has been made, especially with respect to the purchase of new fighting.... 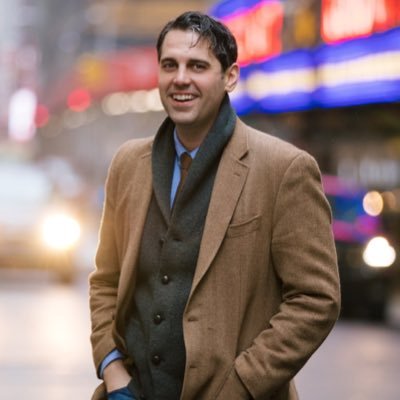 On Friday morning, @PressSec Sarah Sanders said this on Mattis: "Let's not forget, he is not just walking out the door. This will be orderly process and continue to be a good relationship over the next couple of months."
SeaManatee December 23, 2018, 6:35pm #20

SHS: sorry, forgot the president doesn’t know how to read.

Mattis was thinking the same thing we are all thinking.

The Post reports, “Every day, the U.S. nuclear early warning system is triggered by some event or another, mostly civilian and military rocket launches by one or more of a dozen countries with ballistic missiles. When such launches appear to threaten North America, the head of U.S. Strategic Command is alerted, and sometimes these alerts warrant the urgent notification of the president.”

With the knowledge that the call would go directly to the volatile Trump, Mattis reportedly made other arrangements to be brought into the loop immediately.

I picture libs cowering in a corner, or under their beds, and I don’t feel scared at all.

I picture libs cowering in a corner, or under their beds, and I don’t feel scared at all.

Really good movie, I picture fat donald doing the same thing at the end of that movie.