Trump Pretending to Be Tough On Iran Again

This is another instance of somehow Trump being tough on Iran. Now this is in response to Iranians harassing our ships in the Persian Gulf. And I shouldn’t have to point this out, but I’m not advocating that we bomb Iran or whatever, but the idea that Iran is afraid of him his ridiculous.

Personally I think Iran needs to be real careful here. We’re in strange political times ATM. Not a good time to be rocking the boat IMO.

How do you shoot down a boat?
Iranian Spruce Geese?

How do you shoot down a boat?
Iranian Spruce Geese?

Yeah, I was just going to let that one slide.

If you wanted to reduce excess supply, stirring up a war with Iran and then smashing their oil facilities to bits would be an option.

That’s why I said Iran needs to be really careful here. This in my opinion is worst time to be harassing American warship. But again what do I know. 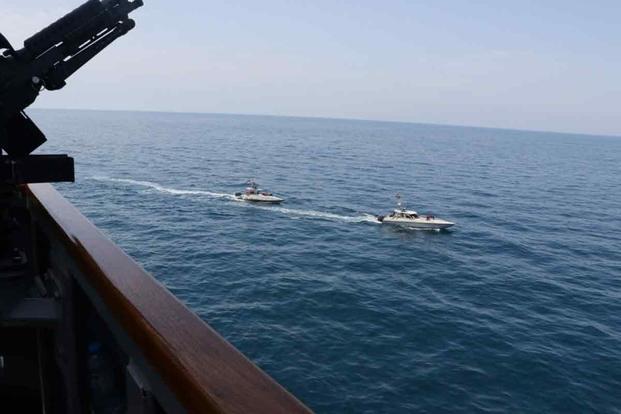 Here is a picture of them harassing our ship just like they have done for years.
I really doubt that any Captain of our ships will shoot to kill.

Yeah. Then came the ballistic missile attack from Iran on our military forces where dozens were injured.

Yeah. Then came the ballistic missile attack from Iran on our military forces where dozens were injured.

What does that have to do with your assertion of “pretend”? First…I’m not into this…in any way…shape…or form but…if they start something…hit them much harder so that they NEVER forget it. It’s a shame but in some cultures…violence is a language of understanding.

Should we be concern with this technology? We need to catch up.

We should have been shooting these gnat boats a long time ago.

Should we be concern with this technology? We need to catch up.

…and we have planes that land in water too.

I once flew in a PBY to go salmon fishing in Canada. That was cool!

…and we have planes that land in water too

Mind blown…I had no idea.

Our best POTUS ever just don’t a little warfootin’.