Trump: I wouldn’t have hired Manafort if I knew FBI was going after him

I never would have admitted on national television that I fired the head of the FBI because of the Russia investigation if the FBI had told me that would open me up to accusations of obstruction of justice!

Pence was warned in November, and Pence was in charge of the transition.

Was I at all unclear?

If you believe he’d have hired Flynn knowing Flynn was an unregistered lobbyist for Turkey provide some evidence of same.

Lets remember it was the so called experts in the GOP establishment who pushed Trump to hire Manafort and abandon his own guy. Does it surprise anyone these so called political experts in the GOP establishment are dumb as a brick? Trump resisted for a while but with so many GOP hacks in the House and Senate coming out against Trump I think Trump was trying to appease these idiots somehow. I guess he learned his lesson.

Are you joking? Manafort wasn’t the GOP’s guy, he was an old Trump associate and a friend of Roger Stone.

Was I? Trump did exactly what you described.

If Trump can’t even extreme vet his own people, how can we trust him to vet refugees?

That’s not the way I remember it. Do you have a link?

I remember the establishment wondering why anyone would pick Manafort to run a campaign as he didn’t have much experience.

If you believe he’d have hired Flynn knowing Flynn was an unregistered lobbyist for Turkey provide some evidence of same.

Flynn accepts $33,750 to speak about U.S. foreign policy at a conference in Moscow, where he also sat beside Russian President Vladimir Putin at a gala for the Kremlin-influenced RT (formerly Russia Today). (Politico, Wall Street Journal)

Flynn Intel Group is hired by Netherlands-based company Inovo, owned by Turkish businessman Ekim Alptekin, who chairs the Turkey-U.S. Business Council, which falls under the control of the Turkish government. (Wall Street Journal)

The Flynn group’s focus would be on improving Turkey’s image as an investment destination in the eyes of the U.S. business community, according to a disclosure form Flynn would later submit to the Justice Department. (See Foreign Agents Registration Act form)

The lobbying filing meant the Flynn Intel Group is legally a lobbying firm and its attorney is officially a lobbyist. However, it did not make Flynn himself an officially registered lobbyist, according to the Wall Street Journal.

Flynn meets with Turkish officials, including Turkey’s foreign minister and the son-in-law of Turkish President Recep Erdogan, to discuss the possibility of abducting an Erdogan political enemy living in Pennsylvania, and delivering him to Turkey, according to an ex-CIA Director who attended the meeting. (Wall Street Journal) Former CIA chief James Woolsey was later quoted in a March 2017 Wall Street Journal article saying he was startled upon hearing discussion of possibly kidnapping cleric Fethullah Gulen.

Flynn meets with with Turkish community leaders associated with Erdogan, who raised the subject of Gulen. (Daily Caller)

On Election Day, Flynn published an op-ed in The Hill arguing the United States should back Erdogan’s government — an apparent contradiction to Flynn’s earlier support for the coup attempt.

In his piece, Flynn also compares Gulen to Osama Bin Laden. The Hill later published an editor’s note saying Flynn had failed to disclose to the newspaper that he was undertaking “consulting work that might have aided the government of Turkey.” (The Hill)

Media outlets report that two days after the election, Obama told Trump he believed Flynn was “not suitable” to be national security adviser, according to NBC.

The Daily Caller appears to be the first to link Flynn to Turkey, discovering through Dutch records that Erdogan’s ally Alptekin was behind Inovo, the firm the Flynn Intel Group was lobbying on behalf of. Such reporting fueled questions whether the Flynn group’s lobbying work was connected to Flynn’s recent public support for Erdogan.

Nov. 15, 2016: Flynn joined Trump for an intelligence briefing at the White House (NBC)

Easily found facts on the internet are your friends.

If Obama told Trump not to tap Flynn then that is precisely why he did anyway lol.

The former Trump adviser, who disliked first campaign manager Corey Lewandowski, helped seal the deal to get Paul Manafort on board in 2016, according to former Trump officials.

Black, Manafort, Stone and Kelly (often simply Black, Manafort) was a lobbying firm based in Washington, D.C.. Formed in 1980, it merged with Martin B. Gold's Gold & Liebengood to form BKSH & Associates in 1996. As Black, Manafort & Stone, the firm was one of the first political consulting groups to work for Ronald Reagan's presidential candidacy in 1980, and would later also have extensive connections to the presidential administrations of George H. W. Bush and Bill Clinton. In 1984 it was re...

This pile of ■■■■ has the victim playing down to a tee. Isn’t he the idiot who didn’t read intelligence briefings months after taking office?

You and your ilk truly are the kings of gaslighting and buffoonery.

But he only hires the best, no?

You and your ilk truly are the kings of gaslighting and buffoonery.

But according to you, Trump does. That’s really well documented as well.

If you could show that he had you would have done so. We all know you can’t.

If you believe the President does the vetting personally you are delusional.

Vetting refugees is done by career professionals at CIA, DHS, FBI, and State.

Just keep on scrolling past the post to which you just responded. 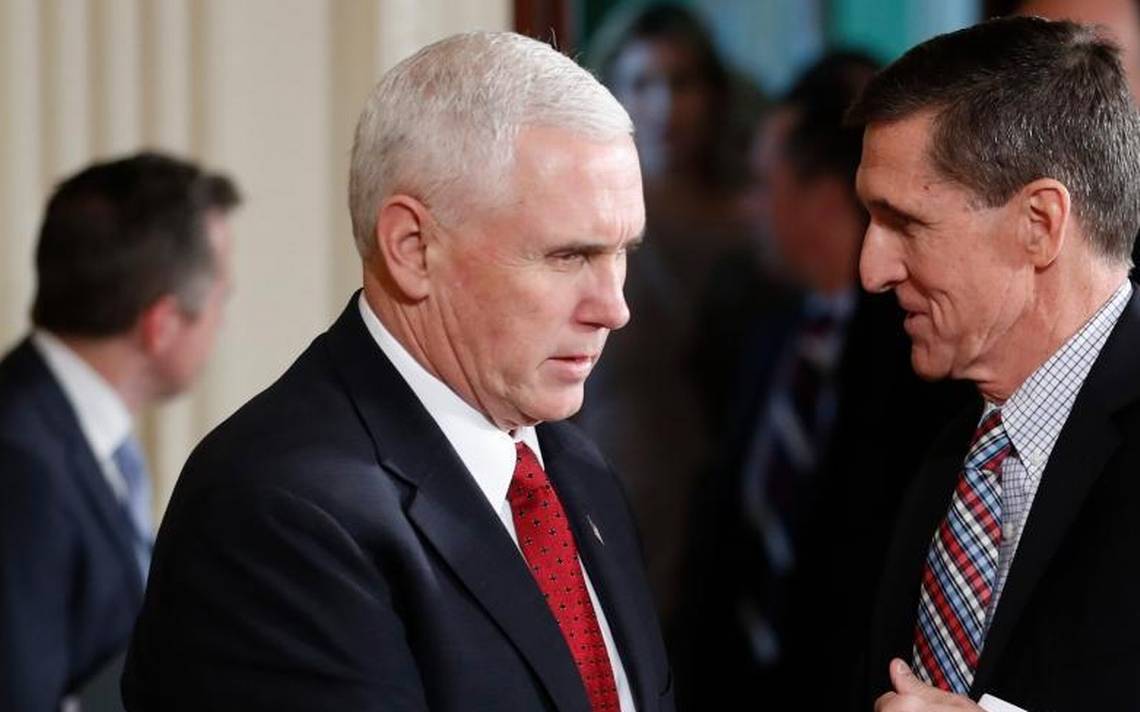 How could Trump, Pence not have known Flynn was lobbying for Turkey?

Ok so what specifically did Obama tell Trump about flynn? Transcript?

If you believe the President does the vetting personally you are delusional.

Vetting refugees is done by career professionals at CIA, DHS, FBI, and State.

One guy makes the call. If he chooses to be woefully unaware, despite MULTIPLE attempts to warn him and his top people, that’s on him. “I only hire the best.”

I like that you spend more time running cover for Trump & CO than you do asking why he hired a lobbyist for a foreign country who chatted about kidnapping dudes for political expediency.