Trump does know Puerto Rico is part of America?

Trump want on a long rant about how Puerto Rico only takes from the USA… does he know they are part of America?

Everything about those tweets is wrong. And awful. And should have ended his career, for the fortieth time.

Apparently if you’re a Republican President, you’re immune from the standards of basic human empathy and decency.

Over 2000 people died (including women and children) because of this hurricane, why can’t he just shut his ■■■■■■■ mouth/tweets?
Because it’s all about the cruelty.

So have they finally accounted for all 2 thousand, or are they still just using estimates?

Even if it was just one, I would still feel empathy.

So have they finally accounted for all 2 thousand, or are they still just using estimates?

How far off the estimate does it need to be for it to be okay?

How is it okay that the President says of a population of US citizens that they “only take from the USA”?

Of course he knows they are…but perception is what’s important.

So it’s better for the narrative if they are corrupt brown people stealing jobs and resources from “real Americans”.

I doubt it. He probably thinks it’s one of Cuba’s countries or something.

Another poster wrote this but I still find it funny as hell.
Puerto Rico = Mexico Island.

You are OK with the President saying that Puerto Rico is not part of the USA?

Because that was the point of his tweets.

He may know that Puerto Rican folks are USA citizens but he apparantly knows that they can’t vote for or against him.

Repeal the Jones Act and let Puerto Rico compete in the free market.

I was responding to supposed facts by a poster. Just seeing if they knew if the facts were true or estimates.

Canada would like to make an offer of 4 moose and 2 beavers for it.

How much aid did Israel get this year?

Also Trump is wrong its 91 billion over 20 years, so far only 1.5 billion has been given out.

I was responding to supposed facts by a poster. Just seeing if they knew if the facts were true or estimates.

Canada would like to make an offer of 4 moose and 2 beavers for it.

The Jones Act is a market distortion for Puerto Rico… 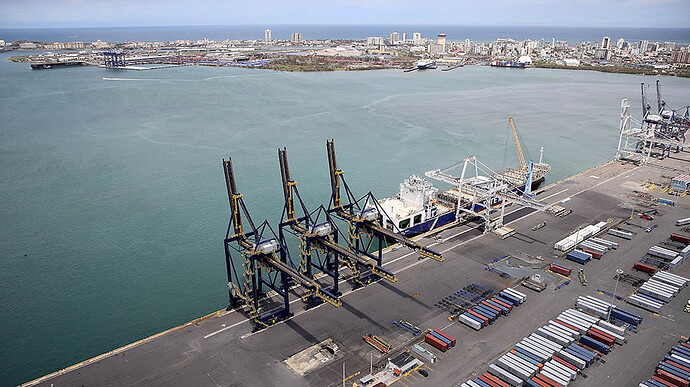 Damage done to Puerto Rico by the Jones Act illustrates the need to repeal...

Just the major damage done to Puerto Rico from the Jones Act is enough reason to tell us that now is the time – past due time – to repeal the anti-consumer Jones Act.

So you are most concerned with defending Trump’s prior statements that the deaths were “fake news”?

But Donald Trump has exposed conservatism in American for what it really is at its core. Others may be more elegant explaining it, but Donald Trump is more blunt and straight-forward.