A couple of segments from TRMS last night regarding Trump and Russian talking points.
This is a history of Trump making some statements about:
Polish incursions in Belarus,
We should fear Montenegro,
The Russian rewrite of Afghanistan invasion history.

I find it interesting how Trump seems to have been so well versed in obscure and Kremlin generated stories.

Rachel Maddow reviews instances when Donald Trump parroted Russian narratives on international affairs in a way that seems oddly out of character from Trump's typical presentation of how he understands the world.

Rachel Maddow points out that the only other place where the views expressed by Donald Trump about the justifications for the Soviet Union's invasion of Afghanistan can be found are in Russian propaganda. Michael McFaul, former U.S. ambassador to...

I saw that. You know trump doesn’t know ■■■■ about Montenegro.

Even that Ted Cruz’s father was involved in the JFK assassination.

To Mueller this is old news, he knows all

Even that Ted Cruz’s father was involved in the JFK assassination.

Mueller should go on jeopardy…he would be unstoppable

There are a lot of witches to catch 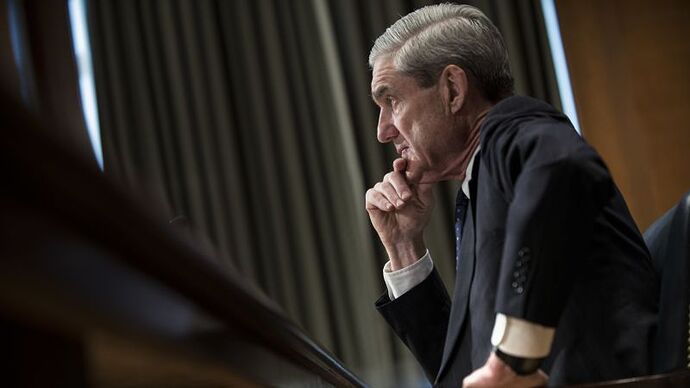 Mueller grand jury extended for up to 6 months | CNN Politics

The grand jury, based in Washington, DC, was seated for an 18-month term that began in July 2017 and was set to expire in the coming days.

…any day now? What would you guess…a full report about NOTHING…in about 2 more years?

I would give it another year

I would give it another year

any day now? What would you guess…a full report about NOTHING…in about 2 more years?

It’s been a year and seven months so far, I predict your world collapsing within the next 12 months.

Donald Trump is a stable genius. This message has been said for a long time, and many people believe it. Donald Trump knows very everything about foreign countries such as Europe, why are you surprised? Poland, Belarus and Montenegro are countries, and Donald Trump knows all of them. Russia helps a lot to explain how the world works, and we all see that the world is better than when Obama was president. Russia was not our friend, now they are. Isn’t that good? I think so.

Drip drip drip.
When did you get so impatient?

So now you are carrying buckets of red dyed water?

…any day now? What would you guess…a full report about NOTHING…in about 2 more years?

Any day now? Full report about nothing? Fascinating. Lol