He said all three.

He said that’s what he’s hearing from Republicans, not that it’s something he believes.

“On the Republican side, a lot of people see the rise of an extraordinary, important new constituent in American politics, Hispanics, who will come here and all be Democrats,” he said.

“Also, I hear, when I push people a little harder, ‘Well, I don’t know whether I want brown grandbabies.’ 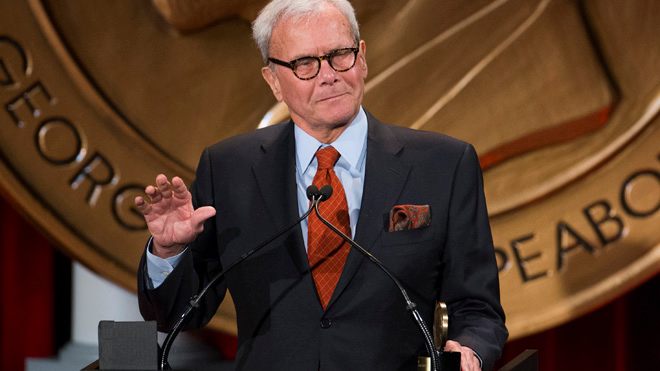 The Fox News article even uses quotes within quotes to aid your understanding.

I know what he said, and I know who he attributed it to. Cleverly, he equated the three by apologizing for all of it. He hasn’t lost his touch.

Cleverly, he equated the three by apologizing for all of it. He hasn’t lost his touch.

What do you think he’s trying to accomplish here?

You betcha, I was reading about this on politico that in the day of political correctness and identy politics we are set for the apology primary. I was actually hoping the one good thing of the Trump victory would have destroyed the PC culture on the left, I was wrong they doubled down on it.

“On the Republican side”

“Also, when I push people a little harder”

Tom is a Republican?

He’s pushing himself to admit something?

The way I’m reading it, he DID say Hispanics need to integrate.

You know you’re in trouble when you’re a far left wing Democrat Media News
Reporter from Fake News, and you offend your own kind. lol.

Sure she can well maybe it’s not her doing it:rofl: