Thoughts about the brutality of war

I found this unusual Russian music video about the brutality of war called “Soldat” = “Soldier”. The song and video takes the viewpoint of homesick soldiers trying to survive terrible conditions on the front lines. It makes reference to a sergeant who trying to reassure the troop but who apparently dies in combat. The video includes old movie clips from the front lines of World War II and some more recent wars. The guttural natural of the Russian lyrics seem to emphasize the machine-like nature of the war. 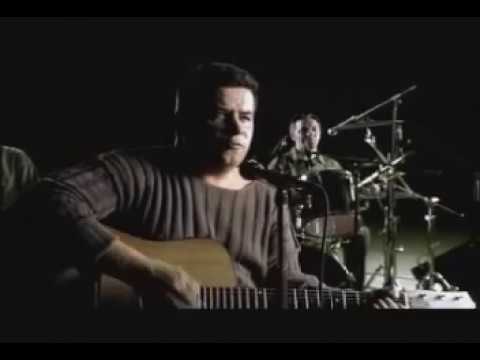 Write a little letter, nothing is dearer for fighters.
Write a couple of words, you girls, for your boys.

**Refrain x 2:
And at sunrise ahead marches on the company of soldiers
Goes on, to win and not to die;
And give 'em a smoke out there, comrade chief sergeant,
I believe in your spirit, soldier, soldier, soldier…

Write a little letter, how is our beloved home doing?
From far-far away clouds shall carry it to me.
And at sunrise the company goes on ahead.

Earth fell, from the sky earth fell,
Tearing the scream: "A bitch you are, war!"
Armor melted, the machine gun choked breathlessly,
You looked into the eyes of death, sergeant of the guard.

Some of the background is the horrendous losses that Russians suffered during World War II fighting in their home territory. The Russians are still attempting to hundreds of thousands of war dead that were hastily buried in the field. Here is a report from the CBC on recent work done around the Stalingrad battlefield:

I can’t think of anything similar in US music. Most songs are either patriotic songs about righteous causes or valor or else they are simply anti-war. On the other hand, the Russian song seems to be emphasizing the brutal conditions and simple survival with no question about fighting or not. The closest thing I could come up with are the opening scenes of the D-Day landing from Saving Private Ryan.

Do you have any thoughts about English-language songs with similar themes?

Or this this song unique to Russia?

War is fun when you’re creaming the enemy. Not so much when your own get hurt or killed.

Most of the music I hear relating to the struggles caused by war is in the form of hip hop, done by veterans.

I am not familiar with veteran hip hop music. Do you have any examples you can share?

Russia has a long history of war and misery, and a long racial memory.

And they bore the brunt of the fighting for years in WW II and also did the bulk of the work to defeat Germany (9 of every 10 Wehrmacht soldiers killed was killed by the Russians).

It’s actually too bad we don’t recognize that- i know the Cold War and then this rivalry may have precluded that…but while Russian commemorations of WW II acknowledge the vital US and other Western Allied contributions, we over here almost never recognize that Russia bore the majority of the burden.

Sorry- meant to add…our experience of war is radically different than the Russians’ experiences.

They have had an existential struggle within living memory…we have not.

We have fought wars the way rich people fight wars, as the Germans once said of us.

There’s a guy by the name of Soldier Hard that does some. I see his videos occasionally on Facebook when my friends share them. Not bad, but it’s not my thing either.

I grew up watching reruns of Hogan’s Heroes and McHale’s Navy, which clearly have grossly misleading ideas about the nature of World War II. My impression was that the US with some help from the other allies won the war.

In fall of 1941, the German army was within sight of the Kremlin. The Soviets fought a bitter counteroffensive when winter weather started to hit and pushed the Germans back from Moscow. All this happened before the US even entered the war. Here is a US newsreel from right before Pearl Harbor about the Russian counteroffensive:

I was surprised to learn the history of the fighting in the Soviet Union when I took a course in Russian history in college. Roughly 2/3 of the German army along with forces from several German allies fought the Soviet Union

Do not for a minute think the USSR was a good player in WWII. They were allied with Nazi Germany in 1939 when the invaded Poland. They invaded and occupied the Baltic countries. They also tried invading Finland but got a bloody nose.

Without the material support they received from the US they may not have been able to beat back the Germans. For instance, the USSR received 500,000 Studebaker trucks from the US which they very effectively used as troop transport vehicles.

It was US manufacturing that won the war. That’s why the US was called the arsenal of democracy.

Yes, the worst of battles of World War II were fought in the heartland of Russia. Virtually every Russian lost family members in the war, and younger generations have heard about the experiences from the their parents and grandparents. The same is true for most people in central and eastern Europe, not just Russia.

It is certainly true that that the US helped to hasten the end of the war. It is not clear what whether the Russians would have been able to defeat Germany without US aid.

Perhaps a more likely possibility is that the Russians and the other allies may have won without the US. In that case the Iron Curtain would almost certainly extended to the English Channel at the end of the war.

In any case, there is no way to prove much of anything with theories about alternate histories.

Perhaps a more likely possibility is that the Russians and the other allies may have won without the US. In that case the Iron Curtain would almost certainly extended to the English Channel at the end of the war.

I don’t think so. Without the US, England would not have been able to invade France and open a western front. As a result Germany would have been in a position to focus on defeating the USSR. And the USSR would have had significantly less resources.

Yes, Soldier Hard seems to have a some similar themes. Here is a video about life in the front lines:

Here is a sample of some lyrics:
We rolling out the front gates, weapons status on red,
I don’t really care for 'em, they just wanna see me dead
Yeah, so I put my war face on,
Yeah, yeah, I get my war cry on.
In firefights, yeah it happens really fast.
You see all the tracers flying everywhere and hear the blast.

There are some things that are different for the Russians fighting in World War II. They were mainly conscripts and were fighting in their homeland. The war came to them and they no choice but to fight.

There are some things that may be unique to the Russian army in World War II. Stalin instituted “barrier troops” who were ordered to shoot Soviet troops retreating from the front lines. (https://en.wikipedia.org/wiki/Barrier_troops)
In addition, Stalin treated any Soviet troops that surrendered to the Germans as criminals; returning POWs were sent to Siberian labor camps. No retreat and no surrender were enforced at the point of a gun.

Oh there are lots of war protest songs in America, mostly from the Vietnam era… “Fortunate Son,” “American Woman,” and “Lucky Man,” come to mind immediately but there are hundreds.

There was a really good show tonight on PBS. It was called “Going to War.” It quite likely will repeat through the week at odd hours (like most shows on PBS do.) it’s well worth watching, particularly for those who have never gone to war.

Without the material support they received from the US they may not have been able to beat back the Germans. For instance, the USSR received 500,000 Studebaker trucks from the US which they very effectively used as troop transport vehicles.

It was US manufacturing that won the war. That’s why the US was called the arsenal of democracy.

Apparently Iran was a vital transport route to supply the Soviet Union.

That said, it occurs to me that comnensurate with the arsenal of democracy supplying the western front, we have heard lots of stories about the Uboat war in the Atlantic. Likewise there are stories of the Flying Tigers supplying the China front.

If we truly had been major suppliers of the USSR why is there hardly a single story of it among the many stories we tell?

….and why “we” have placed ourselves at risk by shipping a large portion of our manufacturing base out of the US.

When strong men leave and return home mentally broken, it’s all I need to understand the brutality of war without personally witnessing it. I have nothing but respect for those who have placed their lives on the line for the good of our country and today, I remember those who gave their all.

Attacked? Yes. Though Iceland did not defend, Iran and Madagascar each did.

Moreover lack of violent defenseon Icelands part does not mean an attack was not an attack. Happens in dark alleys all the time.

Attacked? Yes. Though Iceland did not defend, Iran and Madagascar each did.

Moreover lack of violent defenseon Icelands part does not mean an attack was not an attack. Happens in dark alleys all the time.

Invaded (entered sovereign territory without prior approval) yes; attacked no.