Thoughts About "Kompromat"; or What Do They Have on Him (Them)?

While I don’t trust Putin at all and know that various kinds of blackmail are standard operating procedure in this context, I’ve resisted the idea of some sort of simple, direct “kompromat” as an explanation for Trump’s words and actions. There are other explanations (Hey, he simply likes autocrats like Putin, and wants to be liked by them). Moreover, it’s hard for me to wrap my mind around the concept (i.e., “Mr. President, do X; if you do not, we will release Y”). But things have gotten–how to put it delicately?–so ■■■■■■■ weird, we’re now talking about this more openly:

And, yeah, even some Republicans concede it all looks weird, from elected and appointed officials to this person, whom I have absolutely no use for: (to take one example) 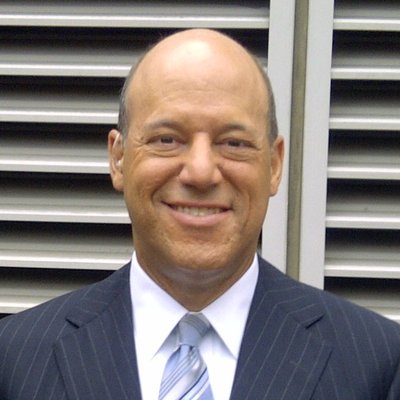 I continue to believe there was no collusion between the Trump campaign and Russia. But when Trump so easily and naively accepts Putin’s line about not being involved, I can understand why Ds think Putin must have the goods on him.

So what do you think gives? Is it nothing? Is it phone calls, emails, or video of direct Trump campaign contacts and requests? Is it money (e.g., Trump’s massive debt)? I don’t mean this as a snarky pee-tape thread, by the way. BTW: I may not be around much to tend and water this thread.

I was less interested in arguing than seeing how people view this question.

Money. It would explain a lot of things, if true.

I also think it’s money. I’d guess money laundering for people associated with Putin at the least, and maybe large debts Trump and his family owe to the same people. But his obsession with the possibility of a hotel tape makes me wonder.

My view, just from watching the way he looked coming out of that meeting with Putin, is that he did conspire with Russia to win the election. Russia of course will let that information out if Trump doesn’t do what they want.

I also think it’s money. I’d guess money laundering for people associated with Putin at the least, and maybe large debts Trump and his family owe to the same people. But his obsession with the possibility of a hotel tape makes me wonder

I mean, I’m not willing to making a firm prediction since the real events in this have routinely been crazier and dumber than a badly written political thriller but it would explain a whole lot.

Why he won’t release his income tax forms; why he won’t give up control of his businesses; why all his white collar crook and political cronies inexplicably have ties to Russia; why he slow rolls sanctions; why he is constantly nuzzling Putin’s undercarriage in a humiliating way. Etc. etc.

A combination of ego, money, and quite possibly some even more rancid behavior.

It’s all about the dough, that’s all trump cares about. I think he owes Russia lots of money and it’s the main reason why this clown will never release his tax returns. 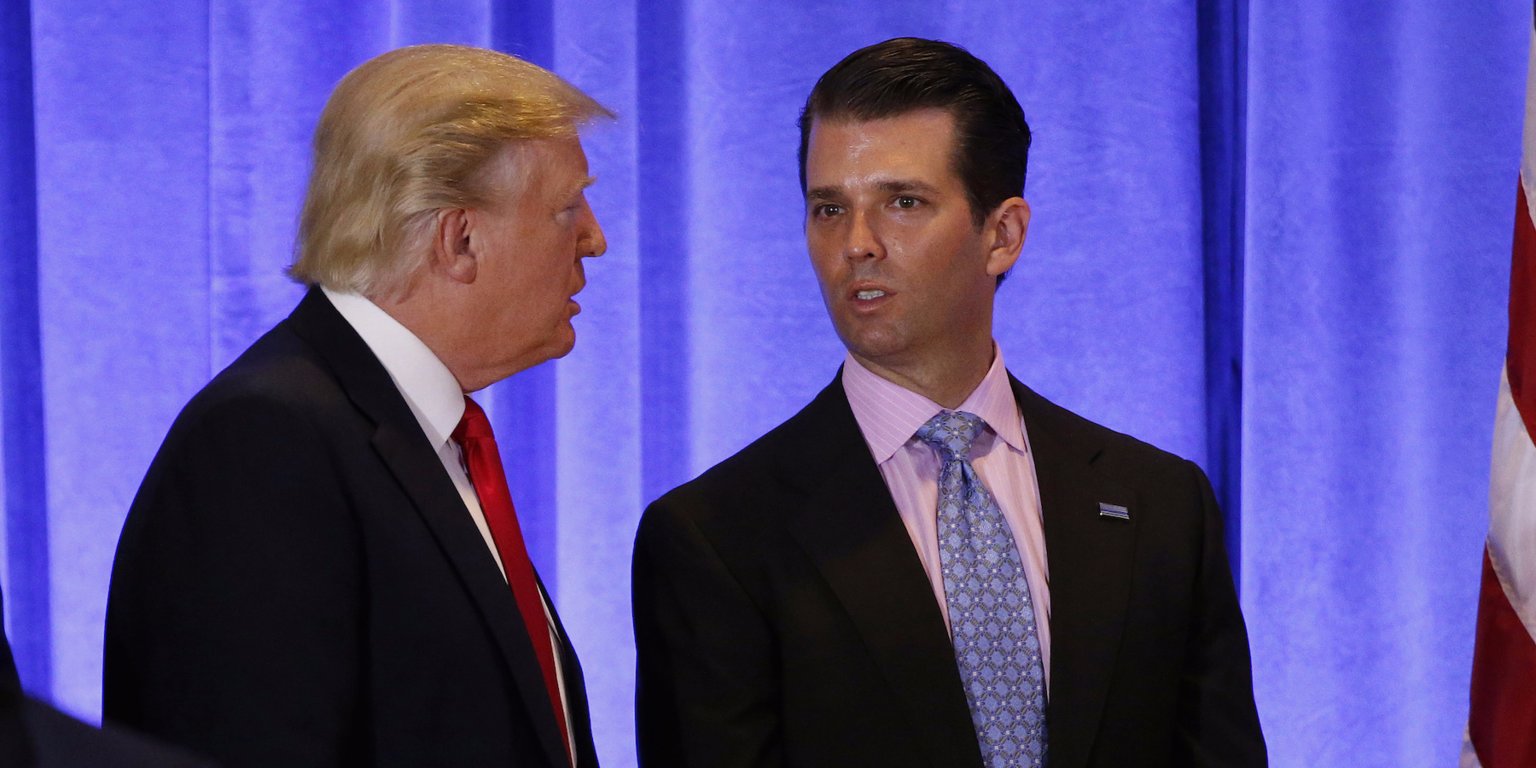 Trump's oldest son said a decade ago that a lot of the family's assets came from...

A decade-old quote from Donald Trump Jr. resurfaced in a New York Times column over the weekend.

In terms of high-end product influx into the US, Russians make up a pretty disproportionate cross-section of a lot of our assets," Trump Jr. said during a conference in New York in 2008.

"Clearly, all sane people realize Donald merely misspoke. What he meant to say was, ‘I didn’t not say that I wouldn’t enjoy not watching those girls who didn’t not befoul that hotel bed.’

See? Easy when you don’t suffer from TDS. MRGA!"

Yeah. While I ALSO think the Pee pee tape is real, Trump ing financially indebted to russian lenders makes the most sense.

The reason I am confident the pee pee tape is real:

It’s weird to contemplate, though. I mean, as a practical matter, does that mean there are explicit and direct conversations: You do this, or we will do that? I guess it’s all a little beyond my imagination, in the context of an American president.

If I had to accept that there was something, that’s probably where I’d place my bet.

"Clearly, all sane people realize Donald merely misspoke. What he meant to say was, ‘I didn’t not say that I wouldn’t enjoy not watching those girls who didn’t not befoul that hotel bed.’

See? Easy when you don’t suffer from TDS. MRGA!"

“I thought liberals were for sexual debauchery!”

“Frankly, Obama deserves to have that bed peed on.”

“The Deep State forced Trump to watch hookers pee on that bed!”

“Look, just because he had hookers pee on a bed doesn’t mean the rest of the dossier is fake!”

“I bet Clinton had hookers pee on a bed.”

We could see Trump on tape in a bed surrounded by prostitutes peeing on him and 80% of Republicans would just say it was proof of him being a “real man”. If anybody is accepting a sudden rise in moral courage from people who have overlooked racism, mocking the disabled, belittling the service of POWs, repeatedly attacking the appearance of women, insulting a Gold Star family, etc etc … you might be attributing a level of basic decency to many conservatives that they simply do not deserve.

I also think Deutsche Bank has most of the answers. 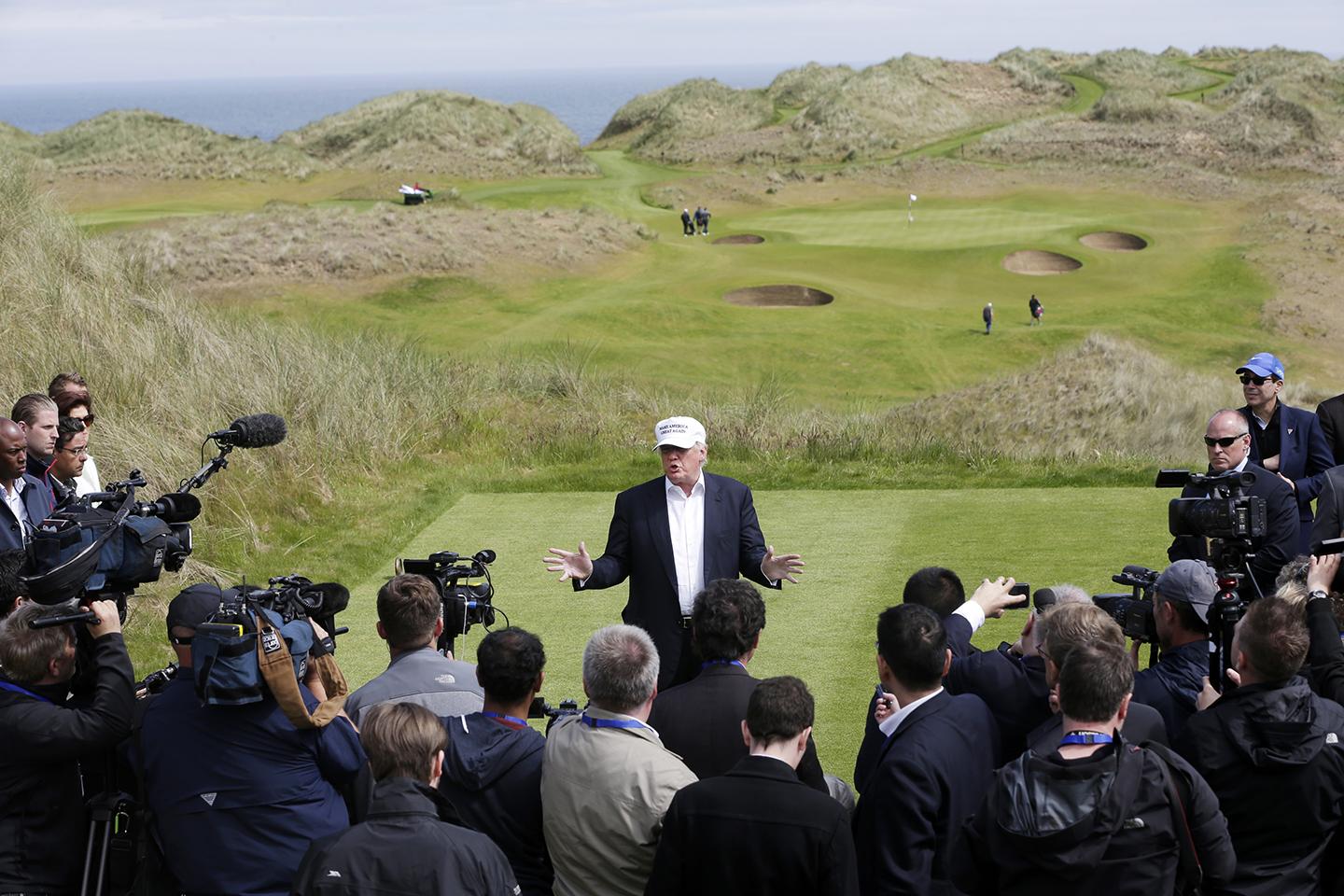 Robert Mueller appears to be following the money, trying to determine if Trump has a financial connection to Russia.

In the middle of 5th Avenue.

Again, I realize people like Chuck Schumer, or whoever, can make hay with this stuff and talk pretty fast and loose. But then you have someone like Leon Panetta, who’s not a crank or much of a demagogue saying, “It was clear that he was intimidated by that situation. Whether the Russians have something on this president or not, no one really knows. But the way he behaves, there’s a clear signal that the Russians have something on him.” Whatever you think of him, he’s temperate. And this is now the stuff of casual speculation.

The most obvious reason for Trumps actions is that he believes it in the interest of our country to get along better with the second greatest nuclear power on earth. As the elected President and head of state, he works for that goal, even if those who believe Russia is as big a threat as the old Soviet Union cant understand why he didn’t spit in the face of Putin.
There are laws against hacking and they shouldl be enforced where proof is found. That is not an attack on this country in the sense of invading Poland was,
Spy v Spy stuff has been going on for decades. No big deal with Democrats till now.
They loved Obama gong to Cuba and kissing their dictatorship. Never saw anybody question what the Castros had on Obama.