This baseball story is the stuff movies are made of

“I’m a really big fan of baseball and the Red Sox, and I really wanted to meet Mookie Betts because he is my favorite player” Nico said. 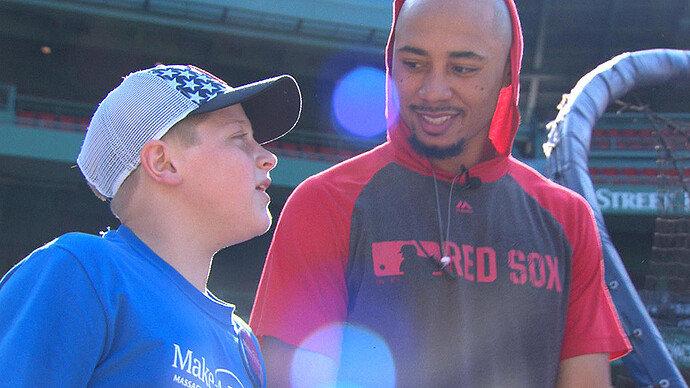 It was an especially memorable game for one of Mookie's biggest fans – a Make a Wish kid who got to meet the World Series champ during batting practice.

During his meet up he also got to chat it up with some other players and got a personal tour of historic Fenway Park and was given souvenirs to take home. In what would surely have seemed a reckless thing had it not worked out, Mookie also promised to hit a home run for the kid. Well, he hit three.

That kid must have had the greatest day any ten year old kid could ever wish for.

Not much to discuss I suppose, but it’s such a cool story!

No matter the sport nor country, it is good to see sportsmen and sportswomen giving back like the above.