This about sums up today society . . . report a crime and get abusive questions :D

This guy’s video’s are hillarious.

In this one, Mike the Cop is a dispatcher and taking a call of a mugging. The guy mugged has it down just about perfect on how people are today in how they view people as being racists and all that. The last thing mike the cop says hits it exactally on the head. 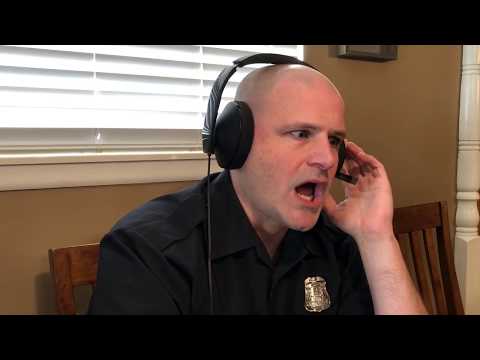 I could never work dispatch.

Were you born stupid or did the drugs make you that way?

Have you ever tried talking to your neighbor before going defcon 1 by calling the cops about their dog?

Hard enough biting my tongue in the field when its face to face but on the phone where impulse control is less I couldn’t last.

Were you born stupid or did the drugs make you that way?

Sometimes on the news I’ve seen that they won’t say the Ethnicity of the man
doing the crime, because they don’t want to hurt anyone’s “feelings”.

It’s like, well, if you can’t tell me their race, age range, height range,
man or a woman, then the cops probably aren’t going to be able to figure out
who did a crime. lol. I mean, that’s what would make logical common sense,
for sure.

Maybe the guy in the video making the call could have said this;
They’re part man and part woman, they’re a race of all ethnicities, their
height was not to short and not to tall, the age range wasn’t old, but wasn’t young.
Did that cover everything politically correctly? lol.

That way if someone says it like that, then it’s not their fault that they gave the
police no real information or real lead to help catch the criminal, but then
if the cops don’t catch the criminal the Liberals can blame the cops at least right?

What’s sad is that the Democrats care more about “Political Correctness”
and hurting someone’s “Feelings”, over the Laws of the United States
of America.

My local news has a habit of calling unknown Black suspects African Americans when all they know is witnesses or security cameras reported a Black face.
How do they know they are Americans? It could have been a Nigerian over here for a visit.

Sometimes on the news I’ve seen that they won’t say the Ethnicity of the man
doing the crime, because they don’t want to hurt anyone’s “feelings”.

Sometimes you even get victims doing this. We had a guy do an armed robbery at a convenience store. Clerk calls in and gives a good description of his clothing but never mentions his race. Turns out he was black and our city is less than 1% black. As such that would have been a good thing to know given how many white guys wearing similar clothing we stopped in the area. When the officer asked her why she didn’t mention he was black she said she though it would be racist.

After gender, race is the most important descriptor a person can give you.

Side note. A now retired cop at my PD once worked for LAPD during the early 80’s. He talked about how the LAPD had to stop using vernacular like “male usual” when broadcasting attempt to locates out to other cars because it meant black male, aged 16-25. He said it was accurate for about 90% of the broadcasts they’d make and they began using to save air time. If people in the 80’s were getting upset over this I can only imagine how triggered they’d be now.

Try looking online for some really stupid calls dispatch has had to accept.

One of ‘em, in Brockton, MA, actually has a neat ending. A boy, about 9 years old, phoned because his mother wanted him in bed at the same time even though it was a school night.

Officer responds, as customary, as a wellness check. Before he leaves, the mother said “Please don’t go, Officer. Explain to him the consequences of non emergency 9 1 1 calls”—which the officer did.

A much older one, which I think still makes the rounds of ID type shows, I was living in Tampa at that time & we got a big laugh out of it.

Some wierdo stuck his penis in the drain of a motel swimming pool & couldn’t get out. Dispatcher was incredulous as to why the call was being placed.

One of our entry level workers gave notice citing she’d finally gotten her dream job—9 1 1 dispatch. Before about two years, she’d returned, accepting a billing job, & didn’t seem to want to talk about her experience in what was her dream job.

I simply haven’t the patience to deal with every caller. Interviewed once for the position fresh out of college, & it didn’t go well.

And, from experience, they don’t like being called “African Americans”. Stupid term, IMNSHO.

Considering the LAPD’s reputation in the 1980s I’m not too surprised about that.

Black man or woman is acceptable.

It’s not a stupid term, though. It means Americans of African descent.

Black man or woman is acceptable.

It’s not a stupid term, though. It means Americans of African descent.

If they have only footage of a Black man committing a crime, how do they know he is an American?

I recall an interview with a black actor, I think it was Idris Elba but I can’t remember 100%, some years ago when he took offense to being called African American since he wasn’t an American.

Second—Sorry but Africans actually raised in those countries tend to disagree. Couldn’t repeat here the terms a few have used for their American born counterparts. One was pitching a fit about a young white man referring to her as “African American”, as she was raised in Liberia with African values—not to mention there are indigenous Africans who are white.

They should simply use the term “black male or black female.”

They should simply use the term “black male or black female.”

Of course they should. That’s my point.

I mean I don’t really care what people call themselves. I consider myself to be a biracial American.

Just don’t get why people, black or white, get up and arms about the term African American. Black people are Americans of African descent.

There is a bit too much PC in some sectors of society.

My local news has a habit of calling unknown Black suspects African Americans when all they know is witnesses or security cameras reported a Black face.
How do they know they are Americans? It could have been a Nigerian over here for a visit.

I was watching one of the classic-TV channels, and you get some “entertaining” commercials there, to say the least.

One guy was hawking a study bible with commentaries tailored for blacks. He kept noting that the commentaries highlight all the places that African Americans show up in bible stories.

Did you know that Simon of Cyrene (who helped Jesus carry the cross) was African American? (I always new he was from Africa, of course.) The things you learn just watching Gunsmoke!

Try looking online for some really stupid calls dispatch has had to accept.

I found a censored version of this classic call. (First link I was going to use was laced with too many F-bombs. At least this one is beeped so that it was appropriate for playing on radio.) 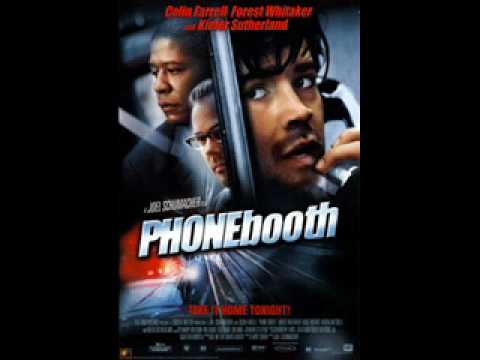 Even Mary Poppins, because soot on their faces equates to blackface.