Disclaimer I am not saying democrats are communists

The 20th century produced two great evils fascism and communism. We are taught in the west a lot more about the evils of fascism particularly as it pertained to WW2 than we are communism and it’s leaders Stalin, Mao, N.K., or Pol Pot and the killing fields on Cambodia. I think some of this has to do with the fact that less was known at the time about the inner workings of the Soviet Union and Mao’s China and the “Great Leap Forward”.

I personally would like to see the same ire towards communism or moving too far to the left in the west as we do towards fascism. A lot of it I expect has do to with ignorance on the subject and some has to do with the fact that communism was not properly defeated and punished as fascism was. The Soviet Union fell by itself but no one was punished in international courts for the starvation and deaths of millions of Ukrainians, and even today with the official body count from Mao’s reign in China alone usually ranges from 40-100 million dead, which doesn’t seem like a great leap forward, what is more troublesome is the fact that even today Mao is revered in China and his birthday still nationally celebrated whereas in contrast we don’t see to many celebrations of Mussolini as a national hero in Italy, and if we did it would 24/7 condemned by the media.

If you are asking why is Hexenbiest bringing this silly stuff up we all know communism is bad? I wish that was true but that’s just not the case. Marx and marxism in theory is still popular among westerners and studied across American campuses 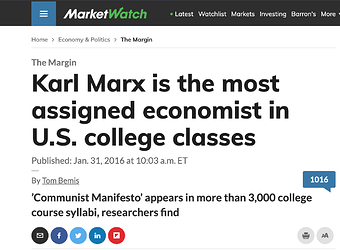 I would imagine if Mein Kampf was the most assigned political book across American campuses there would be a little more uproar against it.

The most common defense of communism and I am paraphrasing goes on the line of something like “Communism has never properly been implemented, and didn’t work because of a cult of personality around the leader”. I remember last year watching “Good Morning Britain” and a columnist from Teen Vogue told Piers Morgan in a heated argument “I am literally a communist you idiot”. She still has her job and her blue mark twitter feed was flooded with approval after the exchange. She was also heavily involved in the Labour movement and election last year in the U.K. Let’s flip the coin and some white columnist had said “I am literally a fascist” I would bet she would have had a phone call being fired from Teen Vogue before she left the interview and deplatformed from Twitter.

We all know fascism was bad, but communism is chic and fashionable even in the fashion industry. 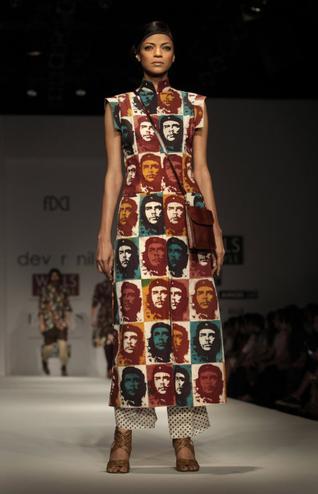 and flying the Soviet flag at protests, hardily bats ones and definitely not gone after the same way as if someone was rocking a “Dr. Mengele, twins are my friends shirt” or flying a swastika at a protests.

According to the NYT’s the democrats are the ones moving further left at break neck speeds much faster than the republicans moving right. Do you believe there is a thing as too far to the left? We are already at censoring people, deplatforming, and cancel culture. How much further to the left would be considered ok for the party? Are there a boundary or is it the further left the better, as no harm can come from it? 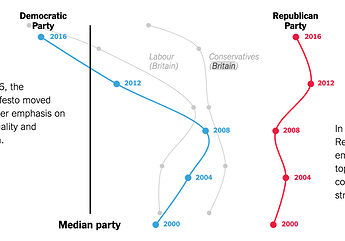 My data from the NYT’s move of the left came from here for those who don’t run into a paywall. 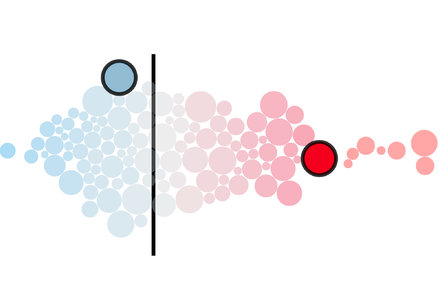 Opinion | What Happened to America’s Political Center of Gravity?

The Republican Party is farther right than U.K.I.P. and France’s National Rally, according to an analysis of their platforms.

The party has gone so far left that a white candidate running on Obama’s same platform from 08-12 would be deemed a racist and never make it out of the bottom of the pool of dem primary candidates.

Some level of alarm is definitely warranted.

Which western countries do you think are left of the USA?

Pretty much all of them.

That doesn’t seem to support the notion that the USA is leftward bound.

We are rapidly heading in the same direction.

Here is a piece of “Che” fashion I like and would wear. 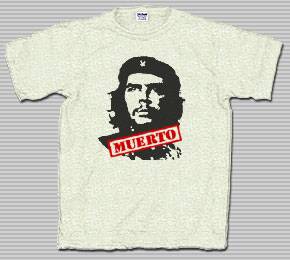 Universal health care - no the USA is not doing that
Pharmaceutical benefit scheme - similarly, no
National disability scheme - no.

The significance of Trump being re-elected is fairly comparable to Lincoln gaining a 2nd term.

We’ve had a national disabilty and pension scheme for over sixty years.

We’re moving towards a national health care scheme and have been since the nineties. The Federal gov’t is now and has been for decades the single larges payee of healthcare spending.

Pharmaceutical reform has been a major point of contention and political wedge issue for three decades and has already begun with Trump’s programs to reduce the cost of pharmaceuticals.

If you’re going to pontificate you should first learn something about the issues.

The most common defense of communism and I am paraphrasing goes on the line of something like “Communism has never properly been implemented, and didn’t work because of a cult of personality around the leader”

It’s not that it’s never been properly implemented… its that communism in the Marxist sense has never been implemented at all. And the socialism they did implement failed not so much because of a cult of personality but because these Marxist-Leninist parties ruled as authoritarian dictators and centrally planned economies don’t seem to succeed.

Communism isn’t evil, its just been used as a front for the same evils that have been around forever: authoritarianism and dictatorships. Is communism a good idea? No. But not because of morality, but because its not realistic in our contemporary world.

It was practiced heavily in communes all over the world for decades where it inevitably failed.

The OP is clearly talking about Marxist communism.

Communism is a fundamentally flawed economic ideology, in my opinion. It attempts to solve the social question with the economic question. There is supposed to be a separation between the two, at least in my worldview.

I do find it fascinating to read about. And Marx and Engels had some interesting ideas, even if they’ll never work in the real world, aka a world where resources are finite and scarce.

If the scarcity issue was ever solved, it’s possible that Communism as envisioned by Marx could work.

But the world as it exists today? No way. It’s flawed thinking. Everything is about the allocation of limited resources. Capitalism, despite its flaws, is the most equitable form of resource allocation for the majority of people.

All you get with communism in a world dominated by resource scarcity is tyranny and poverty.

The USSR was fascinating for several reasons, but the main reason for me is the fact that it was a country that could send men into space in the 1960s yet it so strongly depended on foreign import of foodstuffs that one bad harvest would have doomed most of its population to starvation.

It was a country that built possibly the finest fourth generation jet fighter in the world (the Sukhoi Su-27 Flanker) that could fight the best US fighters like the F-15 to a standstill yet their best educational and scientific computers were stuff we moved away from in the 1960s and they were generations behind us in that field by the 1980s.

They built an ICBM (the R-36 or SS-18) that could hit eight independent targets with a CEP of less than 1000 feet with up to 40 maneuvering decoys on board yet their automobiles were so primitive that the cars they were building in the 1980s were less reliable and has fewer features than what we were churning out in the 1950s.

So am I, try following along.

They never actually had that level of accuracy with their missiles/warheads. They were famous for making fantastic claims but never demonstrating them.

GPS tech was in it’s infancy in that era and not even half the network of satellites had been deployed and the soviets had no access to it.

They could target a metro area but not really even an individual city within it.

Where and when have there been Marxist communes.

What the hell is wrong with you?

All over this country and much of the world. That was the premise upon which many if not most of them were modeled on.

Fact is I as a loyal member of the Democratic have not seen the shift to communism by my party.

Yes left. But communistic. No. As you may or may not know I have worked by a fortune 20 company for 33 years. It would not be beneficial to me and thousands of others for the govt to seize it and run it as a commune. My company seeks to make a profit. Makes a huge one. And pays my salary, benefits and other things not because they obligated to but because I am a cog in the machine that makes a profit for shareholders.

Now excuse me for I am on my way to work to facilitate a CISCO CRS chassis swap. Thus making money for another corporation. See how that works.

I think that was the ops point even though both fascism and communism racked up insurmountable death counts, a communist nation wasn’t defeated like fascist ones were one can get by wearing a Che shirt even though he killed a lot of people but probably couldn’t wear a “Hugs for Himmler” shirt. And that both ideologies should be equally condemned but they clearly are not.

I like the questions can one go to far to the left, I think so.