The War On Football Continues

The war on football continues with the news surrounding Washington State quarterback Tyler Hilinski who committed suicide a few months ago, 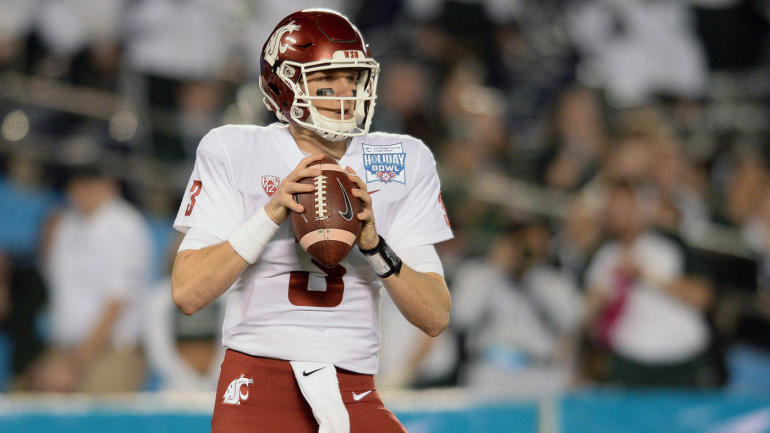 Washington State QB Tyler Hilinski found to have CTE, 'brain of a 65-year-old'...

No doubt the anti-football zealots are pouncing this in their never-ending crusade to ban football because it “kills” people. They already starting a campaign to ban youth football. Even Brett Favre is joining the campaign that will destroy the game he help make popular.

Why stop at football? Why not ban soccer? Hockey? Boxing and MMA? Why not ban driving since people get concussions after accidents?

Not the David Hogg types of the parents are demanding to ban youth football. The anti-football crusade will no doubt by helped by the willing allies in the media like ESPN. They will no doubt hire lawyers to sue and bankrupt high school, college, and pro football.

I don’t know how I can deal with all this.

How about hockey players?

There has been an awful lot both in books & on line about the toll both women’s & men’s gymnastics takes on the body, including, but not limited to, eating disorders in women, & AFAIK, there aren’t less kids being signed up for gymnastics.

How dare they make rules to prevent brain damage.

Look at Richie Incognito and whats been going on with him this year. He was always a jerk but he wasn’t insane. Yet suddenly this year he has gone utterly off the deep end. First some bizzaro rant at a gym where he ended up being taken to a mental hospital. Most recently he was barred from attending his father’s funeral by family so he showed up at the funeral home to cut off his dead father’s head and was ranting about crazy conspiracy theories.

Incognito is in his 30’s which is well past the age you typically see schizophrenia set in. He likely has done roids in the past but that usually just shows in anger and impulse control, not craziness. So that leaves drugs like meth (which there is no evidence of) or perhaps CTE or other brain damage caused by his football career.

There aren’t many sports where the main premise is giant men running at full speed and launching themselves at one another. I love football as much as the next guy, but it’s pretty hard to argue the game has ruined the lives of many people and will continue to do so due to it’s very nature.

I’m curious what the frequency and severity of brain injury is for rugby players, a sport as equally violent and high impact as American football but without the padding and helmet.

“Having the brain of a 65 year old” does not refer to 40 years of education and learning.

It refers to a brain that is calcified, brain cells dying, ability to think impaired, cognitive abilities declining.

It’s human nature. Whether it was the gladiators in the arena or the jousters at the “faire”, we have always gathered to watch people get hurt. Now it’s boxing and MMA … and football.

Today we pay guys millions of dollars to entertain us this way. That will never end.

I think it’s best that we fully know the risks of these sports, and let the entertainers choose whether or not the money is worth those risks.

I doubt we will ever run short of entertainers.

However, I am of the opinion that the game, by it’s very nature, will have a negative impact on it’s players bodies, including the brain. To what extent, I don’t know. I do know that concussions aren’t good.

Sure, so what? It’s like telling someone eating at McDonald’s every day is making them fat. This shouldn’t be a surprise.

Aye. However, we don’t encourage the competitive consumption of McDonald’s as an activity for child recreation. We just let our children eat that garbage because… (I hesitate to insert a reason because I don’t want to come off as judgemental. I rarely eat fast food, and when I do it’s usually mexican, but not taco bell.)

My point is that they need to look at other causes and not just assume it’s football. Are they also looking at the brains of people that commit suicide but do not play football? Can some drugs cause this? What was this kid’s history?

I am completely in favor of more brain dissections. There doesn’t even need to be a reason for it. However, if it will help prevent suicides, that’s a pretty good reason in itself.

“Having the brain of a 65 year old” does not refer to 40 years of education and learning.

It refers to a brain that is calcified, brain cells dying, ability to think impaired, cognitive abilities declining.

Even someone with a calcifying 65 yr-old brain is smarter than most twenty somethings. Having been both, I know full ware.

The enemy is winning!

Of course, the zealots are jumping for joy that participation in high school football is down thanks to cowardly parents and students due to the CTE hysteria.
RIP FOOTBALL

I’ll not morn its passing.

So what do you want to do?

I’m hoping that Trump/Republicans kill football and soccer takes over as the national pastime.

I played fullback 20 years ago, and I’m quite sure I had 1 concussion for sure. Maybe even 2. Even as recently as that everyone just thought you got your bell rung. You sat out a series or two, maybe even a quarter and you went back in with the worst headache you can imagine.

I was good enough to be offered a DII scholarship, but choose a different sport, that much I am glad for, I could have done serious permanent damage if I would have kept playing.

I dont blame parents for not allowing their kids to play this specific sport even though it’s one of my favorites to watch at least college. The NFL has too many commercials and way to many flags.l, especially Houchullis crew

I knew I liked you for a reason! Some of the nicest guys with whom I went to school played football, & two are on my FB page, one now living in Wisconsin.

Far as having a concussion, that’s no laughing matter. An acquaintance’s son sustained a head injury playing high school football & had to sit out several games. Dad told him, “I’ll give it a second chance, but any more symptoms (like severe headaches) we’re done.”

Kid had migraine type symptoms & family had to pull off the road to deal with his nausea. That was it.

He concentrates now on honors classes & playing in the band.