THE TRUE COST: See the Tragic List of Americans Killed by Illegal Aliens at a New Online Memorial | Sean Hannity

A heartbreaking list of Americans killed at the hands of illegal aliens was compiled online and published by the Ohio Jobs and Justice PAC; highlighting the true cost of unfettered illegal immigration along the nation’s porous southern border with Mexico.

This is a companion discussion topic for the original entry at https://www.hannity.com//media-room/the-true-cost-see-the-tragic-list-of-americans-killed-by-illegal-aliens-at-a-new-online-memorial/
Brooks_Bryan January 11, 2019, 7:27pm #2

Thanks for giving this website the publicity it richly deserves! I have been in contact with Steve Salvi since last fall and used his site as a source for a music video I made.
I refer you to the video in the hopes that the song I wrote might also serve to further the cause of immigration reform and TRUE border security. I would love to hear the song produced by a chorale of young voices or a good country band! Feel free to use it as you see fit.
Here is the link to YouTube.

Dear Sean Hannity please give this national attention because there are 70,000 plus US Citizens dying from Border Insecurity at the hands of Foreign Exploitation of our BORDER Insecurities and we must GET SERIOUS or our Nation as a Peaceful Prosperous Nation will Fail !!!

I sent this to POTUS …… Dear President Trump , Remember President Obama Helped Hezbollah >>>> The untold story of Project Cassandra illustrates the immense difficulty in mapping and countering illicit networks in an age where global terrorism, drug trafficking and organized crime have merged, Hezbollah is in Mexico !!!

Terrorism Actually Does Kill Many Americans Via the Southern Border

NBC and Chris Wallace are lying to you.

Then we have the Brookings Institute claiming its China coming through the Ports with fentanyl that Crystal Meth Cooks are Using HERE in the USA to make the deadly Overdosing form of Meth KILLING over 70,000 US Citizens a Year !!!

Afghanistan’s opium production is through the roof—why Washington shouldn’t...

Afghan heroin is not fueling the deadly U.S. opiate epidemic to any significant degree. And there is very little the United States or other countries can do about the opiate production in Afghanistan.

BUT then we have this Cross Connection to the Obama Administration and Hezbollah and Iran that Really REALLY sets into Motion how we got to the point we have with South American Countries and their relationship with the DRUG Cartels and Foreign CRIME networks like Hezbollah and the way they use DRUGs , Weapons , Money Laundering and Human Trafficking that’s Exploiting the USA security KILLING 70,000 plus US Citizens makes this a >>>>NATIONAL EMERGENCY<<<< !!! 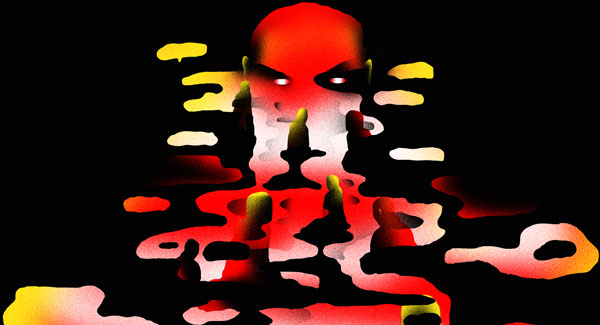 The secret backstory of how Obama let Hezbollah off the hook

Its Time President TRUMP called this a National Emergency not just on the USA Borders BUT in our PORT systems as well , and involve our Trade agreements as part of our national security solutions , something I remember hearing Bush 43 say they were doing BUT by what the Brookings Report says evidently NOTHING got done because they say China is the Main reason for the 70,000 plus people a year dying from Opioid Overdoes !!!
Thanks and #MAGA !!!