The real face of Tariffs

BTW…what was you herd size that you had to milk everyday growing up?

What was your production average?

Why are you mocking the pain and suffering of our nation’s hard working farmers? The OP is updated with how it is impacting ALL of them.

What was you herd size?

What was your average production?

Are you calling these hard working people liars? SICK!

145 years, but then came Trump. And Conan is mocking him.

So another word you don’t know what the ■■■■ you’re talking about do you.

Maybe this weekend I’ll call my buddy back east, haven’t talked to him in while and get the real scope.

So how many cows you milked?

How many cows has Trump milked?

FOX is one of the links are they left wing propagandist?

Drs, HOW MANY COWS HAVE YOU MILKED?

You’re waste of my time.

Funny how people spout BS that they know nothing about but parroting left-wing properganda.

Are you calling these hard working people liars? SICK!

I live right in the middle of a massive farming community in SW Missouri. And there is no question that Trump’s trade war and tariffs are doing substantial damage to farmers. We have substantial layoffs all over here. Several farm have shut down with more looking at shuttering as well. Even the Trump administration acknowledges that their tariffs are having a negative impact on farmers, hence the $12,000,000,000 wealth redistribution scheme to try and save their votes. Anyone claiming that these tariffs are not doing massive harm to farmers across the Heartland are either not here for themselves, and/or are too ignorant to look at ALL of the data and see for themselves the damage being done.

2 cows are evil I don’t trust them.

The only sick thing is you denying the pain of these real people.

WASHINGTON – After a year of negotiations, the U.S. and Mexico are on the verge of striking a deal to revise the North American Free Trade Agreement, or NAFTA.

Beside we are near a trade deal with Mexico. 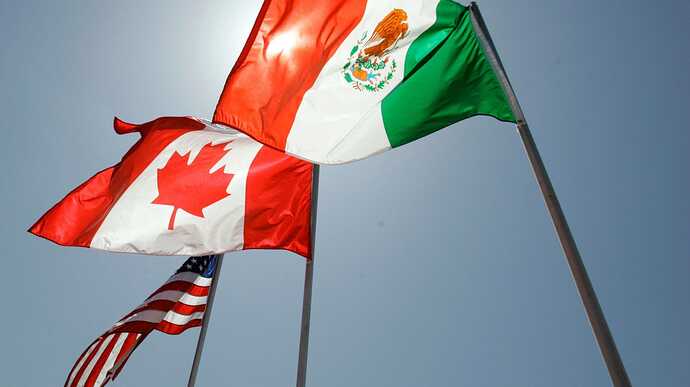 What is NAFTA? Seven things to know about the North American free trade pact

The U.S. and Mexico are on the verge of striking a deal to revise the North American Free Trade Agreement. Here's what you should know.

Naw, they are pretty cool, curious and intelligent… and tasty

You have no idea what pain is…or life on a farm.

Tell that to the people who have lost their livelihood.

Like you or any other lib really care about farmers.

You have never been chased by a herd.