This is a screenshot from TC"s Monday night show. 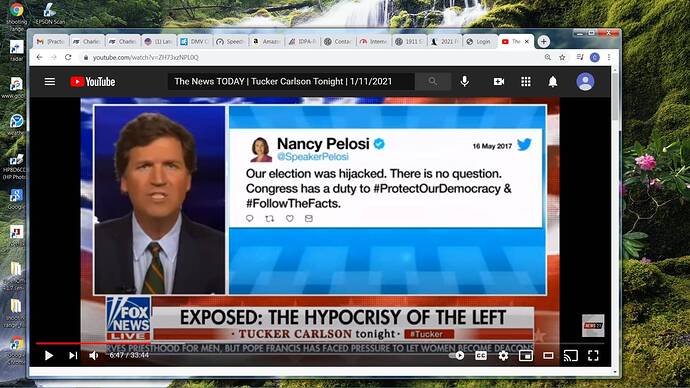 Where were the calls of “insurrectionist” and “traitor” etc just four short years ago or when during the preceding four years to today they continued to overturn the results of the 2016 election by ousting Donald Trump under various pretexts?

Don’t forget this preceded by about a month the attack by a Sanders supporter at the congressional softball practice resulting in the near death of Steve Scalise and attack on others.

It’s actually a very good segment overall and worth watching/discussing.

Thing is…lib expect us to think they wouldn’t cheat, manipulate or commit fraud to win election to get rid of Trump?