The Pendulum Will Swing

For those Trump supporters amongst you, and most specifically those who advocate him declaring a national emergency for the border wall, consider something. If he sets this precedent about a non-emergency, would y’all be cool with a liberal president declaring a national emergency regarding gun violence? What if a part of the declaration includes things that do not necessarily constitute any infringement upon your right to bear arms? What if the declaration said you all have to be registered prior to buying any firearm or ammunition? What if the declaration included language that kept anyone convicted of any crime against a person from buying a gun?

Be careful what you cheer for, Trumplicans. The pendulum will swing back just as far or farther than you and Trump are swinging it. When it does, not one of you will have any right to bitch and moan.

It sounds like McConnell is not down with the whole Nat Emergency thing and really not down with any new shutdown after the 15th. Mitch has had enough. Trump can help him with court picks but that’s gonna be it.

Don’t see either of those being upheld by any court under the 2nd amendment.

Now if you look at the border – better legs to stand on as the military is charged with defending the nation and it’s borders.

Pretty sure Trump’s plan, if he tries it, will deal only with funding set aside to be spent on national emergencies, not declarations changing existing laws.
Like DACA was.

That’s what I love about Trumpsplanation, there’s a justification for EVERYTHING.

Pretty sure Trump’s plan, if he tries it, will deal only with funding set aside to be spent on national emergencies, not declarations changing existing laws.
Like DACA was.

The resurrection of the “principles and values” narrative will be twice as epic when it’s accompanied by either a) their justifications for initially supporting Donald, or b) their complete denial that it ever happened.

Sure it did. DACA created a new class of imigrants (illegally here) where are granted permits and legal status. What law did congress pass authorizing that?

Please and thank you.

They are still subject to deportation, action has been deferred, as the name implies. Just like I was given deferred adjudication in 1980 when I got a dwi. After completing my probation and paying my fine it was wiped from my record as if it never happened.

Okay, what law gave Obama the authority without adjudication of each individual to have their deportation denied AND be given a permit tow work?

According to the courts, Trump doesn’t have the authority to end the deferrals and stop the work permits even though they are NOT authorized by any law.

Or you can prove me wrong and find the law that gave the president authorization to do that.

Anyway you look at it he changed the law.

Not denied, deferred, delayed. I realize it may be walking a fine line, but that’s what presidents do, every single one of them without exception. They push the Constitution to is very limits to get their agendas enacted. Trump is doing it too. He has an entire team looking for ways to build the wall against the will of the congress.

I don’t think that is true. Restricting purchases of ammunition and being subjected to registration lists does not deny a person their right to bear arms.

Congress has already passed legislation approving a wall. Trump is just going about finding funds to build something already approved. Congress approved several programs of work permits. Did they ever approve one for DACA kids – and Obama just found a way to fund it?

No Obama created a program out of thin air – esentaially creating law that bound Immigration agents and apparently a succeeding president beyond his term in office.

It sounds like McConnell is not down with the whole Nat Emergency thing and really not down with any new shutdown after the 15th. Mitch has had enough. Trump can help him with court picks but that’s gonna be it.

Mitch has been too quiet. I get the impression that he doesn’t like to tell Donald bad news. If he has had enough, he hasn’t shown it yet. He should be whipping up votes to pass a veto proof bill before the 15th

With a swipe of the pen Obama completely bypassed congress after telling his supporters at least 25 times he didn’t have the authority to declare an executive order of that magnitude and that he wasn’t a king. 4 million people were granted a deferral. Trump on the other hand wants a minuscule amount of money in what our government spends to help secure the border. The left 4 million people effected bypassing congress meh.

Of all places even left wing SNL made a skit about his major abuse of power on the matter. 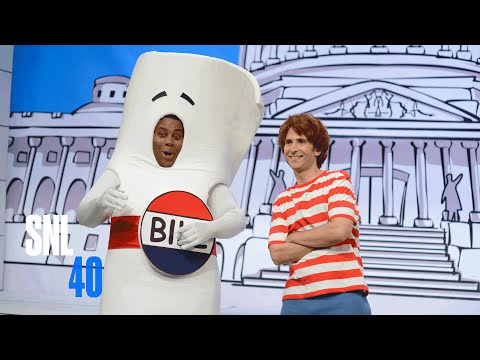 No they didn’t it.