Here’s the second trailer for Top Gun Maverick that will be out in June. It’s my generation’s movies, but I really wish Hollywood would stop playing it safe and make more original films instead of reviving cash cows.

This is one I will enjoy, but yeah, feel that BW.

Is this the one where Maverick becomes a Scientologist? Hard not to see Deadpool now every time Reynolds opens his mouth, but yes, that’s more like it.

Is this the one where Maverick becomes a Scientologist?

I feel the need, the need…for auditing! 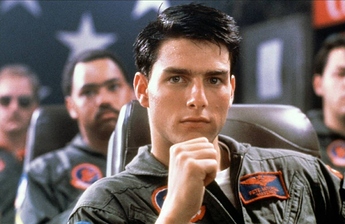 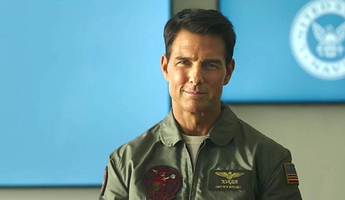 The sequel appears to take place 5 years after puberty.

My generation too. A sequel over 30 years later? Doesn’t make much sense to me.

I wish I could like this post more than once. I am so sick of remakes/sequels, and they are almost never even close to being as good as the original.

I wish I could like this post more than once. I am so sick of remakes/sequels, and they are almost never even close to being as good as the original.

Of course, I suppose the counter-argument is if the audience stopped paying for remakes the studios would stop making them. I have little interest in seeing Maverick fly again, but god help me I saw a recent article referencing the upcoming installment of Bill and Ted’s Excellent Adventure and my inner child got a sweet little surge of nostalgia. Hard to blame Hollywood for making what sells.

True, but so much of the output IS remakes (or something else not worth watching), there’s not much to chose from if you want to go to a movie, which I rarely do anyway - recently have only gone to the newest Halloween (which I didn’t) love, and Knives Out (did love that one). So a chicken/egg situation?

Ehhh, there are plenty of good movies out there - in the last few weeks, you’ve got Knives Out, Richard Jewell, Ford v Ferrari, A Beautiful Day in the Neighborhood, and then you’ve got 1917 and Clemency coming soon.

Plus there’s the original stuff on Netflix and Amazon (The Irishman, Marriage Story)

The big budget stuff is safe bet sequels/reboots because, well, that’s how you manage a portfolio of any kind! Sequels are index funds, unknown quantities are individual stocks.

My generation also. I’m going to see the new Top Gun movie. I already know I’m going to be disappointed. Hard to improve on a classic. It’ll be like someone trying to remake Prince’s hit “Purple Rain”. All you can do is **** it up.