The New House and the SCOTUS 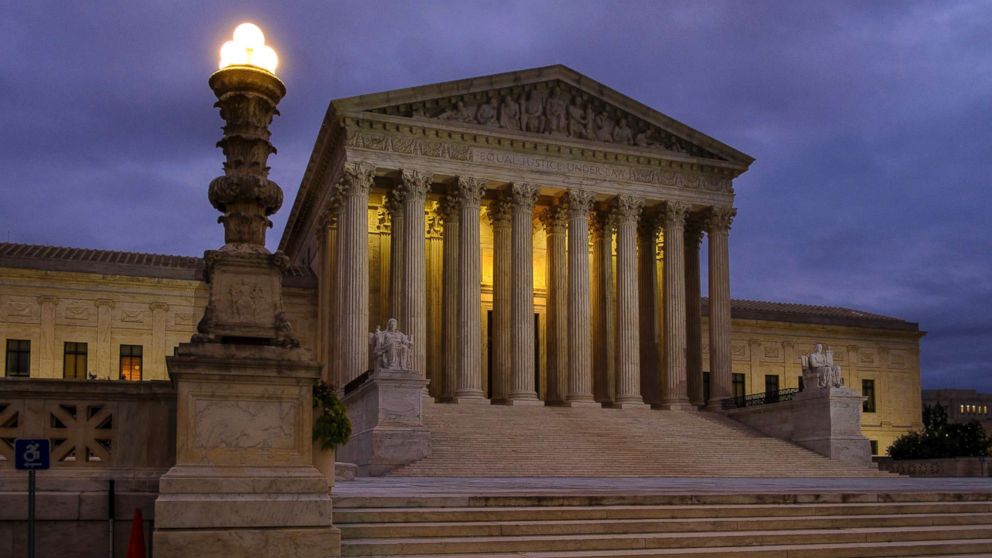 Congress is trying to force the U.S. Supreme Court to hold justices accountable to standards of ethics and good behavior in this politically-polarized “MeToo” era.

A code of conduct for The Final Arbiters? I like it the idea. I wonder if it will have anything about following the Constitution in it?

@Safiel what do you think?

I’m not sure how you add any teeth to an ethical code for people who have lifetime appointments. And hell, it’s not like they are going to be impeached unless one party manages to take utter control of American politics.

Good idea, but toothless, since Supreme Court Justices are not subject to the Judicial Disability Act.

Impeachment would be the only penalty congress could levy against a Justice.

Has there been a problem with the personal conduct of a SCOTUS Judge in the area of “me too” or any other area for that matter?

Using the media as the tool they are. It would work because the SCOTUS, like most government organizations, think they are morally better. But yeah, it’s mostly symbolic. Interesting that the highest court is the only one without a code. I didn’t know that.

Do you believe it to be a violation of separation of powers?

I think this is a dig at Kavanaugh.

No. Ginsberg running her cakehole and Scalia paling around with Cheney.

The reason that the Judicial Disabilities Act has never been extended to the Supreme Court is a separation of powers concern.

While rarely used, the Judicial Disabilities Act permits a lower court Article III Judge to be involuntarily certified as disabled and removed from duty, though they continue to receive their pay for life. In a number of cases, the mere threat of involuntary certification has been sufficient to get a judge to step aside voluntarily. The act was most recently used in regards to Judge Minaldi who was involuntarily suspended from her caseload, but who ultimately voluntarily accepted a certification of disabled and retired. She died not very long ago.

But Congress will NOT extend that power to the Supreme Court, in fear that it could be used as a political weapon. Impeachment remains the only alternative.

Historically, while the Justices from time to time have been guilty of petty violations, the more important issue is their mental state.

Right now, I don’t see any issues with any of the Justices.

But several Justices have stayed well past the time they should have left. Brennan and Marshall both stayed about two terms too long and Justice Douglas hung around for a year after suffering a stroke that rendered him incompetent.

Quite a few similar stories have played out over the life of the court. Congress has generally been of the opinion that it is better to suffer an incompetent justice for a period of time, than to take the separation of powers risk that would come from extending the Judicial Disabilities Act to the Supreme Court.

As a co equal branch, I don’t think Congress is going to have a say over how the Supreme Court regulates themselves.

Anyway, if there is a disagreement over whether that would be Constitutional, guess who has the final say.

I read the article linked in the OP.

I wish Congress would stay in their own lane, at this time. And by Congress, I mean the House.

As a co equal branch, I don’t think Congress is going to have a say over how the Supreme Court regulates themselves.

Anyway, if there is a disagreement over whether that would be Constitutional, guess who has the final say.

But at this point I wouldn’t care to change that.