The Nation Is Diminished Yet Again 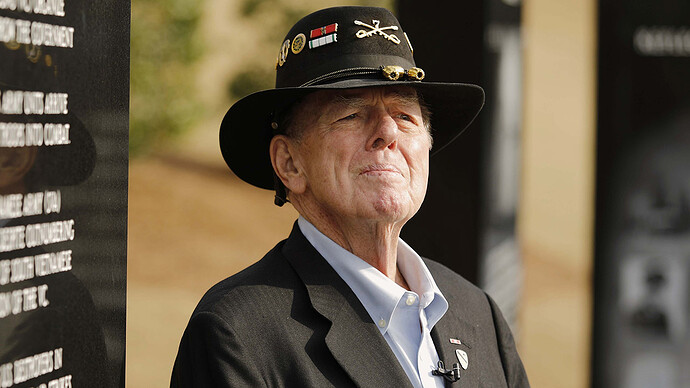 Longtime American foreign correspondent Joseph L. Galloway, best known for his book recounting a pivotal battle in the Vietnam War that was made into a Hollywood movie, has died. He was 79.

He was my neighbor and I never knew it. May The Lord be with you my friend and give you peace.

Amazing guy. I really wish I could have met him.

I had the honor of meeting Ed “Too Tall” Freeman when I was around 13. They were doing a Vietnam Veterans fund gathering at a Harley Davidson Dealership. My granddad took me (since I was obsessed with all things military) for an entire day. They had the traveling replica of the Wall and everything. Plus paid flights on UH-1s and AH-1s that saw combat service in Vietnam. It was a really amazing experience getting to meet all these guys who served throughout the war. Some had been SF guys who were advisors in ‘Nam in 63. Some fought at Ia Drang. Others fought in Hue City and in the numerous hills of the countryside.

Ed Freeman was a UH-1 pilot who served at Ia Drang. Like his other brothers piloting the Hueys during the battle they evacuated dozens of wounded men under heavy machine gun and artillery fire from the NVA. They overloaded their damaged helicopters bringing in munitions, food, and clean water supplies for the men who were surrounded on three sides by the NVA. Many of the flight crews and machine gunners on board these copters were wounded by small arms fire but still kept flying in and out of the LZ forgoing medical attention just so they could pick up one more wounded soldier and bring him to safety.

All those men, Galloway, Moore, Freeman… they were true American Patriots. They were outnumbered two to one, surrounded on three sides, and ran so low on supplies that they had to improvise drinking water and use urine to cool off their mortars. Absolutely amazing men. Every single one of them.