The Supreme Court held conference on Friday, May 1, so we will be getting an Order List at 9:30 am on Monday. Thursday, May 7 has been designated an opinion issuance day. There are conferences scheduled each Friday and we can expect Order Lists each Monday for the remainder of the term.

In a first for the Supreme Court, the audio will be broadcast live. C-Span is one of several ways to listen and I have provided the appropriate link.

The Justices will ask questions by order of their seniority. But I expect this to be a learning experience and it may take 2 or 3 arguments before they get settled into this.

Due to the coronavirus pandemic, the Supreme Court for the first time in history heard oral argument via teleconference. The case, [U.S. Patent and Trademark Office v. Booking.com B.V.], involved a travel reservation company's fight to trademark its...

Issue(s): Whether, when the Lanham Act states generic terms may not be registered as trademarks, the addition by an online business of a generic top-level domain (“.com”) to an otherwise generic term can create a protectable trademark.

Issue(s): Whether - when in Agency for International Development v. Alliance for Open Society International Inc. , the Supreme Court held that the First Amendment bars enforcement of Congress’ directive, which required respondents, United States-based organizations that receive federal funds to fight HIV/AIDS abroad, to “have a policy explicitly opposing prostitution and sex trafficking” as a condition of accepting those funds - the First Amendment further bars enforcement of that directive with respect to legally distinct foreign entities operating overseas that are affiliated with respondents.

Issue(s): (1) Whether the Departments of Health and Human Services, Labor and the Treasury had statutory authority under the Patient Protection and Affordable Care Act and the Religious Freedom Restoration Act of 1993 to expand the conscience exemption to the contraceptive-coverage mandate; (2) whether the agencies’ decision to forgo notice and opportunity for public comment before issuing the interim final rules rendered the final rules – which were issued after notice and comment – invalid under the Administrative Procedure Act; and (3) whether the U.S. Court of Appeals for the 3rd Circuit erred in affirming a nationwide preliminary injunction barring implementation of the final rules.

Issue(s): Whether the government-debt exception to the Telephone Consumer Protection Act of 1991’s automated-call restriction violates the First Amendment, and whether the proper remedy for any constitutional violation is to sever the exception from the remainder of the statute.

Issue(s): (1) Whether a litigant who is directly protected by an administrative rule and has been allowed to intervene to defend it lacks standing to appeal a decision invalidating the rule if the litigant is also protected by an injunction from a different court; and (2) whether the federal government lawfully exempted religious objectors from the regulatory requirement to provide health plans that include contraceptive coverage.

Issue(s): Whether the prosecution of an enrolled member of the Creek Tribe for crimes committed within the historical Creek boundaries is subject to exclusive federal jurisdiction.

Issue(s): Whether the Committee on Oversight and Reform of the U.S. House of Representatives has the constitutional and statutory authority to issue a subpoena to the accountant for President Trump and several of his business entities demanding private financial records belonging to the president.

Issue(s): Whether a grand-jury subpoena served on a custodian of the president’s personal records, demanding production of nearly 10 years’ worth of the president’s financial papers and his tax returns, violates Article II and the Supremacy Clause of the Constitution.

Issue(s): Whether the Committee on Financial Services and the Intelligence Committee of the U.S. House of Representatives have the constitutional and statutory authority to issue a subpoena to creditors for President Donald Trump and several of his business entities demanding private financial records belonging to the president.

Issue(s): Whether enforcement of a Washington state law that threatens a fine for presidential electors who vote contrary to how the law directs is unconstitutional because a state has no power to legally enforce how a presidential elector casts his or her ballot and a state penalizing an elector for exercising his or her constitutional discretion to vote violates the First Amendment.

Issue(s): (1) Whether a presidential elector who is prevented by their appointing state from casting an electoral-college ballot that violates state law lacks standing to sue their appointing state because they hold no constitutionally protected right to exercise discretion; and (2) whether Article II or the 12th Amendment forbids a state from requiring its presidential electors to follow the state’s popular vote when casting their electoral-college ballots.

Well, it brought Thomas out of his shell 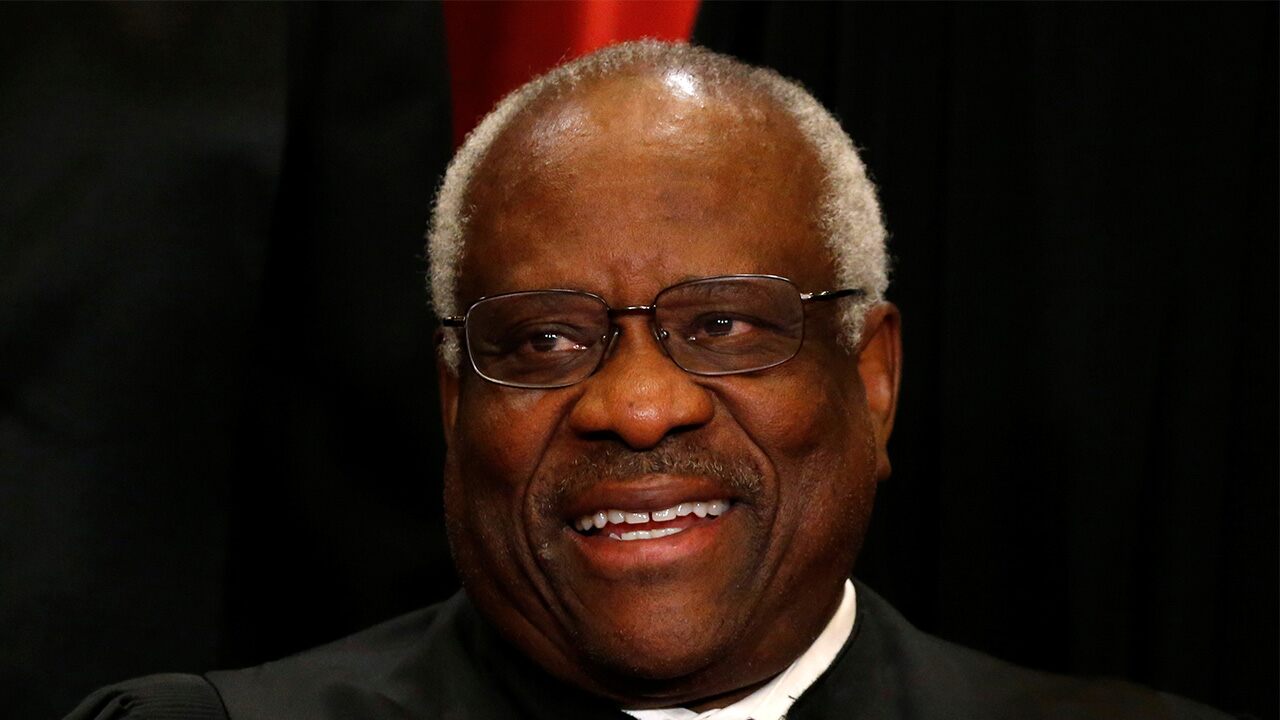