The Heck With Civility---This is War

o calls to maintain “civility” in engaging with people who manufacture fake crises and then feed them to the public via their control of the mainstream media, sucker-punch conservatives on street corners, attack patriotic events with Antifa thugs, and otherwise engage in Brownshirt tactics that would do Ernst Röhm proud, are not only asking the impossible, they’re suicidal. There’s no reasoning with them, no reaching across the aisle, no finding common ground with a large political movement—both increasingly emboldened and increasingly desperate—that wishes to destroy every meaningful aspect of the United States of America. In fact, the Democrats, under their new party chairman, Tom Perez, have become a frankly Socialist party, equally in thrall to an aged Soviet red-diaper baby and a fresh-faced imitation of la Passionara named after a city in Egypt.

So it’s them or us—and I’d much rather it’d be them.

We’ve tried civility, and we know from bitter experience it doesn’t work. There is no pacifying the Left, no accommodating it, no buying it off with a bit of appeasement here and there. They’re not in the political fray to play, they’re in it to win it. They’re not fiddling around the edges of the American experiment, they’re throwing everything critical theory has at us, questioning every institution and founding principle, and finding all of them worthy of destruction. If we react with anything less than a full-throated defense of both Western and American civilization, we’re going to lose. 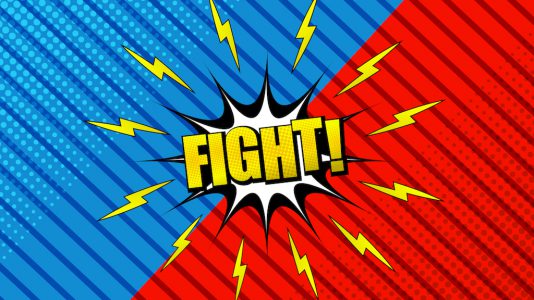 The Heck with Civility—This Is War

At least since the appearance of my book, Rules for Radical Conservatives—originally written under the name and in the voice of my radical leftist character created for National Review, “David Kahane”—I’ve been asked whether

Mainstream nonsense taken to its logical end. Congrats Norm, you have mastered the role.

We’ve tried civility, and we know from bitter experience it doesn’t work.

so if this is war does that mean your going to start shooting Liberals?

so if this is war does that mean your going to start shooting Liberals?

Thanks for confirming the conclusion of the article

when exactly? i am curious if it is around the same time that America was once great

You are one of two people you are more likely norm, which is of course possible.

However, i am more of the opinion that you are my friend Nostradamus. The one who predicted the Romney win , 9/11 in the 80s. I forget scnreen name now so I just call you norm.

Did you find a new toy?

Seems to me that you just can’t wait for someone to shoot your dumb ass. I’ll take the bait when it come to law and order/ crime and punishment. But you will have to find me and and commit a crime before I start shooting.

So far, every reply has proved the OP’s thesis correct.

Not one you engage the premises of the article, in intelligent manner.

Only threats. Only fascist ripples in the scum.

So we can count you out for BAC’s basement-inspired fever-dream civil war?

We’ve tried civility, and we know from bitter experience it doesn’t work.

Looks like your war has already started. Have fun.

So we can count you out for BAC’s basement-inspired fever-dream civil war?

Its not healthy to dwell on Kevin Spacey and basements.

Lol I envision you bursting into a room waving a revolver only to trip and shoot yourself in the thigh. And that makes me smile.

this thread has potential

Lol I envision you bursting into a room waving a revolver only to trip and shoot yourself in the thigh. And that makes me smile.

How disappointing. Of all the posters here you could discern the difference between figurative and literal language.

So is this a war or not?

Figuratively speaking, “war” isn’t literal, its metaphor for not obeying the normal rules of debate, as the opposition seems to be winning appealing to emotion and half truth. Facts don’t see to be effective against that.

Personally, I think the author is wrong. I posted the OP to have discussion.

But the fascist lurking within the breast of every Democrat just waiting to burst out, couldn’t restrain himself.

Seems like my hope for cogent argument will go unfulfilled.

Conan is going to sue you

Your mom needs to cut off your supply of Hot Pockets.