The hatred of Jews beyond religion and race

This probably won’t receive the attention because I didn’t put it in politics, but I didn’t want this to be just about politics and turn into a left right debate.

I finished reading “The Gulag Archipelago” all three volumes. I highly recommend it which is about the terror state of the Soviet Union during 1918-1956 and how the Gulags dominated ones reality in fear as it was always present and could happen to anyone at a moments notice. It was referenced in there about how a lot of jewish people were sent there in comparison to non jewish people so I dug a little deeper and found a lot of published material on Stalin and the Jewish people.

As we know Communism was no fan of religion but from what I have read Stalins hatred for the jews in the country grew to such a pitch that before he died he was planning to deport all of them 3000 miles away from Moscow in no man’s land, one can Google “The Doctor’s Plot” if they are interested in reading more on that. But I will quote Stalin in 1952.

I bring this up because it seems the Jews have been hated throughout history by literally every country, regardless of ideology or religion. Obviously Nazi Germany hated them, but it was spread throughout Europe and it didn’t seem to matter much whatever country was defeated by the Germans the local populace in many cases were just as enthusiastic to murder jews in their country once occupied.

I could bring up Israel and the Middle East but that’s mostly religious and there is not much to add, which isn’t going away anytime soon. I am more interested in the non religious hatred for them.

There is racism in every county among every group but the hatred with the jews seems to go beyond race and it seems to be something along the lines of significant groups of people think that Jews being in their country is bad. It could be as simple as Jewish people in Europe and America succeed in a pretty high numbers as well are in high numbers in media and movies? Banks? Is it just jealousy?

I see it on the left as well as the right, and I brought this up because while I feel fairly well studied in history this seems to be a special hatred that crosses ideology, race and religion in a way that at least in my studies no other group has faced such worldwide hatred.

So without getting into the Republicans or Democrats what do you think it is that makes the hatred of Jews from what I can tell the most hated people in the world historically?

I finished reading “The Gulag Archipelago” all three volumes.

I stopped reading there. I started reading the first book many years ago and got maybe 120-150 pages in before I committed suicide to end it.

The Jewish people were always seen as “others” or “different.” They were segregated into their own communities and they maintained societies within a society to maintain their faith and cultural identity.

For Europe, when something bad happened, the Jews (as well as the gypsies) were the ones who soldiered the burden of society demanding a scapegoat. Their communities were burned, they were beaten and murdered in the streets, and their wealth looted.

As for communism, I’ve always found it really weird that many communists, especially in the USSR, were anti-semites when the ideology itself does not classify people by race, only by class. A proletarian comrade is supposed to be a proletarian comrade. Leon Trotsky, one of the most important people in the development of Russian Marxism, was Jewish by birth. Any form of oppression is awful, but hypocritical oppression is among the worst forms.

Maybe it’s the tribal nature of humanity, manifested in its worst form. The oppressive mindset for those who aren’t the same.

The Jewish people were always seen as “others” or “different.” They were segregated into their own communities and they maintained societies within a society to maintain their faith and cultural identity.

This. It goes back thousands of years. Jews always would do 2 things. Forms mini societies in any land and help other jews to grow and succeed AND would assimilate in the country they were in enough to be fully part of society
Meaning that while Jews would firm strong community’s and could create busniess that grew with the support of other Jews, they also would ensure to grow and attract people from other communities and grow even more.

This lead to both Governments seeing them as a threat (Is their loyalty to the county or could they turn against us?) And could be seen as powerful by a large segment of the population (Jews own the banks and Media! )

It happens here in America as well. When Trump told American Jews that he is good to “Their country” and they are “dis-loyal if they don’t support him” that is a great example of Government leaders seeing Jews as “outsiders” And “Loyal to others, not the country”

Read the first volumn for sure. Can’t remember if I read more. It was the early years that interested me the most. I learned alot.

The Jews are generally Caucasian. So in spite of the efforts - by Jews and Jew-haters alike - to call Jews a race, I know better. So race is irrelevant here. Anti-Semitism - Anti-Semitism - Nazi anti-Semitism and the Holocaust: The storm of anti-Semitic violence loosed by Nazi Germany under the leadership of Adolf Hitler from 1933 to 1945 not only reached a terrifying intensity in Germany itself but also...

Anti Jewish sentiments are nothing new, date back to the polytheistic Greeks for not worshipping their multiple dieties.

As for Israel and the Middle East being “mostly religious”, I would have to disagree. It’s a political hatred with the settlement of Palestine by numerous Jews and non Jews alike (Israel’s Law of Return only requires proof of one maternal Jewish grandmother to claim Jewish identity).

It’s an ages old hatred with many explanations.

“So race is irrelevant here.”

A majority of Jews are of central & eastern European descent. They’re not a separate race, but ethnic communities with their own potential problems: The 5 Most Common Ashkenazi Genetic Diseases & How NGF Can Help You Get...

Learn more about the 5 most common inherited Ashkenazi genetic diseases – including Gaucher disease - and how screening can help determine if you are a carrier.

“My opinion: God’s chosen people have chosen a wayward path.”

Many have, from Karl Marx to feminists like Gloria Steinem. As many have embraced same sex marriage as legitimate, those who do not value man hating 1960s feminism, or the racist, murderous ideology of Communism (I’d link an article on Marx and black peoples, but the only ones I can find violate the TOS), or same sex marriage may also express anti Jewish sentiments. 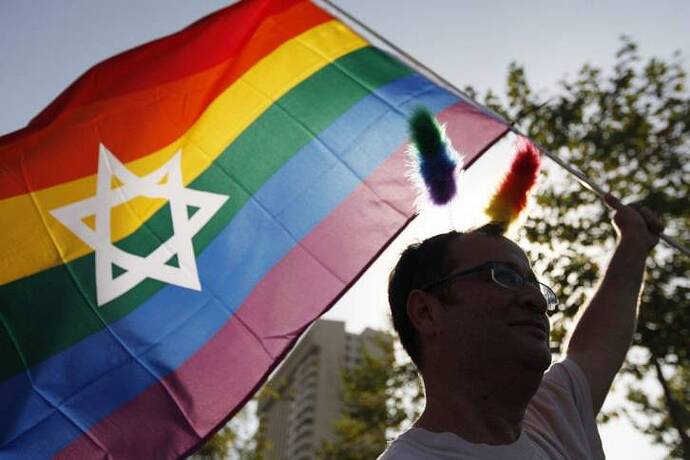 SINCE GAY MARRIAGE was legalized in 2015 the American public has seen that the slippery slope from legal gay marriage to trannies in girls’ locker rooms to troubled children given hormone blockers is real. And Americans...

It’s always a smile and a half when some point to jews as the source of antisemitic information as though that proves it must be true. Liberal jews are liberals first. And liberals are well known for being self loathing creatures.