The Cancel Culture Will Destroy Us All

The “Cancel Culture” will not only destroy many on the right, but many on the left. It’s not freedom of speech when you can be fired or economically ruined from the least word you say, even if you meant nothing by it, or even if you did.

This garbage is totalitarian in nature & can only go from bad to worse. Not long ago it was just blatant nasty things some might say…

NOW it can be the most innocent or benign thing that some over sensitive brainwash looking for someone to destroy. It’s like the Salem Witch trials, you can prove your innocence if you allow yourself to drown because the water receives you, but will have to be hanged as a witch if you attempt to breathe…

It’s becoming like that, you aren’t allowed to breathe…in North Korea they would understand what I mean, of course it would be off to the work camp for me, my children, my parents, & grandparents for saying this.

We are getting to the point that the control freaks & thought police are ever vigilant, making sure you get fired or your business gets boycotted if you dare to think for yourself or in the tiniest way step out of line. Some are even advocating, like they do in North Korea, that children tell on their parents on social media for daring to disagree with a leftist, or have independent thought.

Today it’s the conservatives, but soon it WILL be many on the left for not being left enough, or failing to understand some invisible rule created by a random thought police, and a rule you never heard of because they are making it up as they go.

I have been watching some of the celebrities’ lately, they look afraid to me, especially the comedians. They know one word & they are done, carreer over.

This present movement is serious & the most dangerous in a long time. If these idiots get into power it will be a bloodbath. It WILL NOT be freedom. Freedom of speech, thought, the press, & religion is precious. If we lose one of them it’s all over. If we lose one we lose all. These people are never happy or satisfied. Control freaks spend all their time thinking of how to control YOU more, & more, & more. When they force you to submit to one thing, they will immediately start working on another thing YOU MUST do. Or else.

This is evil, & crazy. When evil marries crazy everything gets destroyed. They USE a crisis or protest as an excuse to wreck havoc & impose on us all guilt, penance, & payment for things most of us were never guilty of, owed penance for, or should pay for. This bunch now says all white people are racist & the only way to satisfy them is to admit it, do penance, & pay, because, well, they say so!

They manipulate, indoctrinate, & fill with feelings of guilt to EVERYONE ELSE, but hey, not them, they are in charge now of what is right & wrong, what is allowed, what not to say, what to say, & what to do.

We cannot just ignore them. They aren’t going away. They are well funded, well organized, & committed as to a cult. One weird thing, most of them are white, wealthy, & “educated” - Another warning here, parents, stop sending your kids to Marxist training camps, which are many universities. It will end badly for them. Research before you foot the bill. If you think you are insuring them a great future, you are fooling yourselves. Very much so.

We cannot allow this to continue. Period. It’s time to stand up, have guts, & quit putting up with this. Since when in this country could you be fired or lose your business for not going along with total leftist thinking or daring to have your own opinion?

I will not. Ever.

I would guess because unfortunately some are ok with it.

Then history will repeat itself. The first ones in front of the firing squad almost every time is those who put the one in charge into power. No dictator likes competition or any possible replacement.

Great thread, I once asked a question on the old forums entitled “When does the left go to far” in which it seems many on the left had no answer. It is simple it’s authoritarianism which can happen both on the right or left. We have been seeing this ■■■■ for awhile, fromwhat I have seen it seemed to start on college campuses about six or so years ago from the safe spaces, shutting down political speakers, and even wanting the ban of offensive halloween costumes it has unfortunately metastasized from those days, remember what happened on Evergreen campus when they basically held faculty hostage that didn’t believe all white students should have to leave campus for a day.

Now we are into cancel culture, pulling movies, taking down statues, wrong speak, banning people, getting people fired from work if they don’t agree or say the wrong thing. All these things are authoritarian to its core and I am surprised moderate democrats, especially those who go by the label liberal have been going along with it because it doesn’t get better from here if it keeps going down this road. And there is absolutely nothing liberal about cancel culture.

What’s always amazed me is that it seems there is this thing in the back of our minds that tells us this can’t happen here. It can we are no more special than countries in the past that fell to and authoritarianism whether on the left or right.

I think a lot of this comes from what a British writer wrote when he talked about the two great evils of the past century Fascism and Communism, but that only one of them was punished, the other (Communism) for whatever reason is less known about, less taught and talked about, and less feared even though they piled up a much greater body count and sometimes even glamorized on occasion with Che shirts.

Basically we all learned from school the far right is bad and we know we don’t want our country to go down that road, but the same can’t be said about how far to the left you can go before it’s just as bad. I was surprised they let the Chaz horror pop up here and even more surprised with the laissez-faire attitudes about it from the media and even on this forum from some of our posters on the left. It’s play-casting, summer of love, there just having fun and reading poetry. No they illegally occupied six blocks of the city I live in and now two people have been shot one killed and one in intensive care. And anyone with and ounce of knowledge would have known this was not only possible in a lawless area but probable as well.

Sorry for the long winded reply but I take much interest in the subject and you are right and people have been warning a long time about the repercussions of wokeness they will eventually and on occasion and have already started to eat their own and I would hope more moderate democrats would speak up about this before they over the party. Unless we forget just a few months ago Sanders was on the cusp of winning the whole thing and it took a coordinated effort of many moderate democrats to drop out for that not to happen, if left unchecked a much scarier version of Sanders (authoritarian) might be running and there might be no stopping him or her. 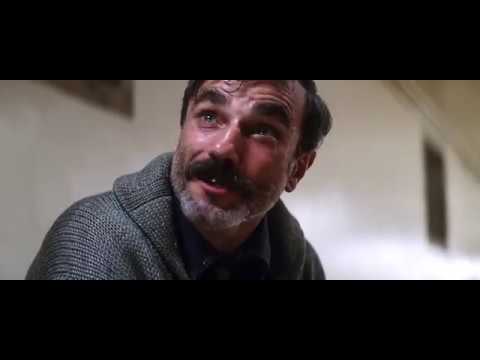 Did your song and dance help you? The lord sometimes challenges us.

Twas Paul who was chosen.

And I might point out that long ago criminal convictions by the dead are used to excuse police when they shoot someone.

It seems that both the left and the right are willing to use old misdeeds to devalue people in the present. Neither the hard left or the hard right has a sense of either forgiveness nor of proportionality. Rules are rules forever, amen is an attitute that both share. (Which rules are the rules is a matter of disagreement. But the absolute correctness of those rules isn’t.)

Of you course you can just avoid all these issues. Oh wait. Silence is violence.

Of you course you can just avoid all these issues. Oh wait. Silence is violence.

The “cancel culture”. What half wit came up with That catchy buzz word 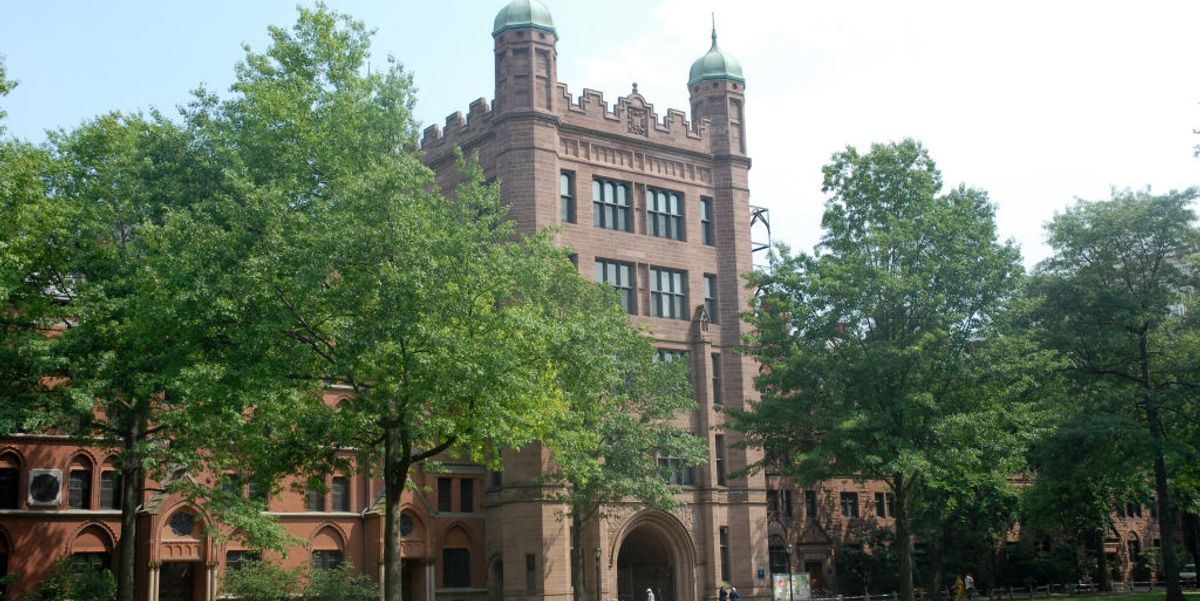 'Cancel culture' gets hilariously mocked over Yale's connection to infamous...

Conservative pundit Jesse Kelly triggered a wave of “#CancelYale” momentum over the weekend after observing that Elihu Yale, the man for whom Yale University is named, was a notorious slave trader.

"Yale University was named for Elihu Yale. Not just a man who had slaves. An actual slave trader. I call on @Yale to change it’s name immediately and strip the name of Yale from every building, piece of paper, and merchandise. Otherwise, they hate black people," Kelly tweeted, along with the hashtag “#CancelYale.”

Csncel culture is stupid. More than that but I’ll keep it family friendly. The hyperbole around it is making it worse.

Csncel culture is stupid. More than that but I’ll keep it family friendly. The hyperbole around it is making it worse.

They are dangerous to freedom. Closing businesses & getting people fired is bad enough, but with those actions they gain power, & they will wield it, more & more. They must be stopped.

A guy tried to bring attention to “I can not breathe” type situations, and he got cancel cultured by a lot of the people now sad about cancel culture.

I never boycotted delicious chicken sandwiches , or made a big public flap about athletes or entertainers whose actions/words/deeds I disagreed with. Seems silly to…virtue signal…about it.

On the other hand, the sitting president of the US encourages, and participates in, cancel culture. As if anything need to be offered as evidence, he ordered the VP to leave a game if players knelt, and tweeted that he would not be watching the NFL if players will be kneeling. He may as well be named President Cancel Culture.

So saying I’m not going to do something is cancel culture? If I say I’m not watching basketball, it should be cancelled?

Seems a lot different than calling for boycotts of Chik-Fil-A.

Maybe Al Franken could convince them?